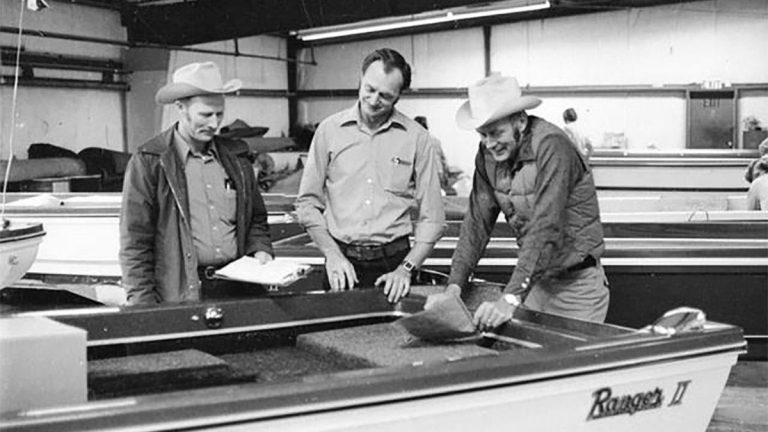 Believe it or not I was once an athlete. I lived for sports—mainly baseball and basketball—and found that sports centered me. They were something that I had to work hard in for success and due to my small size, I had to be twice as good as those I competed with to get playing time.

The men I looked up to in my childhood were my dad, uncles and grandpas and my heroes were all sports figures. The game of the week with Dizzy Dean and Pee Wee Reese was mandatory. As my skills waned athletically I found that competition was still important to me and fishing competitively filled that void.

My heroes changed from ball and stick sport athletes to fishing ones and names like Bill Dance, Roland Martin, Gadabout Gaddis and Denny Brauer were people I watched. Another one that stood out then and still does is Forrest Wood, the Founder of Ranger Boats.

Funny how things shake out but honestly I am more impressed with Forrest as the man than I am the boat builder; spend any time at all with him and it’s easy to see the genuineness and world knowledge of a man who just might have been a better president than an angler or a boat builder. 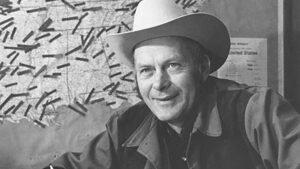 I met Forrest thirty-plus years ago and if first impressions were the gauge he pegged the meter. Our first talk was at a product knowledge seminar in Flippin, Arkansas. The late Mike James started PKS to better prepare Ranger anglers on how Ranger Boats were made so they could speak to potential customers with more information than what they saw on the outside of one. The funny part of our first discussion is we didn’t talk about boats but rather talked about water and the politics associated with its regulation and management. A prior guide on the rivers and tailraces around Flippin, Wood’s passion for public water was clear.

That hasn’t changed and speaking with him at this past Bassmasters Classic, it’s obvious that the fire still burns within him. Some men talk louder to get attention but Forrest gains attention due to his wisdom. A quiet unassuming demeanor some may mistakenly take as laid back, I would measure as cerebral. He built his brand solely on taking care of the customer but now focuses on how to keep public waters and streams public and stay ahead of laws that are self-serving rather than inclusive. He is very well read but more importantly always has his facts together before uttering an opinion or a thought about the issue and like E.F. Hutton, when he speaks, folks listen. A true testament to the man with the wide-brimmed Stetson more than the boat he builds.

Through Forrest and his wife, Nina, they built an affinity with a boat that has stood the test of time. It’s amazing to me how many entry fees they paid, how many pros they got started and how loyal those that are part of the Ranger Family are to this man. Forrest once told me you see the character of the person from afar versus listening to them and if you wallow with the pigs you will smell like them—wise words from a man who helped build a sport we all love. A pioneer and an innovator, but more importantly, one heck of a man.