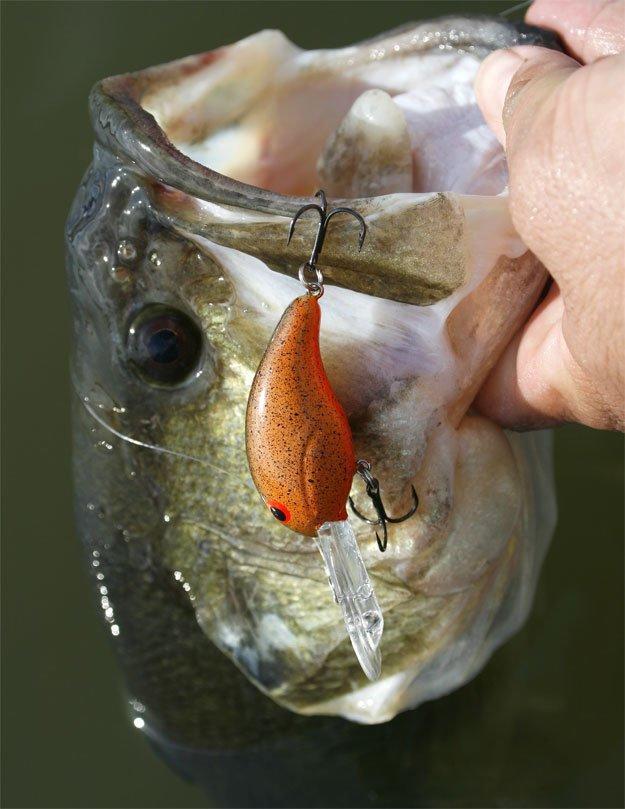 During the prespawn, bass will begin to move shallow and feed more getting ready for the spawn. However, how quickly they move up, how long the stay shallow and where they can be intersected by savvy anglers is dictated much of the time by the water. Water level, water temperature and water color all impact fishing and the fish that are looking to feed.

Recently the fish on several fisheries have been holding back waiting to move up because the water rose in some places as much as 8 feet without warming much. It got a lot clearer in the flooded bays and creeks and the cover they would normally gravitate to was too clear for skittish fish in cold water. This is a common occurrence on many fisheries from year to year.

It has become trendy to find fish in ultra shallow water with square bill crankbaits. Or flip muddy shallow cover or punch shallow grass. Offshore fishing has also gotten a lot of notoriety in recent years in bass fishing tournaments. Offshore schools can be a lot of fun when they are staging before the spawn.

A lot of bass hold steady in a magic 8-15 feet deep range. Not up on the banks and not out on true offshore structure, instead focusing on the original banks before high waters hit. So while some will run to the new flooded cover, if the water temps don’t dictate a shallow move, the bass will often sit put. The only difference is they now have 8-10 more feet of water over their heads.

In basketball, it’s a lot more popular to take someone off the drive, post up down low or shoot the three. What has been lost in the sport is a mid-range jumper. That 8-15 foot shot is often wide open on a basketball court, yet many players never look for that shot.

The same could be said for the mid-range game in fishing. There are some dynamite crankbaits and jigs that can get the job done in that range really well and put the fish in the boat when everyone else is chasing changing water.  It’s going to take a bit of perception on your part as an angler to realize you have to sit what seems much further from the bank from where you had been catching them, when in actuality you’re sitting in the same spot you were before.

It’s common for bass to stage on points and bars leading into spawning bays and creeks. When heavy rain and water fluctuations from fisheries upstream cause the lake to rise rapidly, the water gets a tinge to it, gets a lot of debris in it and the bass fishing can be tough. However most of the debris will be up near the new banks, and the tinge is often on the main lake if it’s coming more from another fishery upstream than from runoff in the creeks.

So it’s often a lot easier to fish the original banks.  So you’ll position the boat just shy of two long casts from the new bank. It’s often a lot easier to fish points and channel swing banks. But if you start catching fish on lead in banks it may be worth just putting the trolling motor down and fishing an area a while. Lead in banks are banks that simply lead into a pocket or spawning flat where bass might stage because of proximity to deeper water.

The key is to hit a lot of deeper parts of typical staging areas where you might have been catching them prior to the changes in weather.

Two very good tools for this are crankbaits and casting jigs.

Crankbaits that run 10-15 feet deep are often best. If the water temps are still in the low 50s, it will still take a slow presentation to coax the fish into biting, but they often can be more receptive with the additional water over them and generally a lot less fishing pressure on them with boats sitting on top of them and fishing the banks.

Some of the crankbaits we like for that mid-range fishing are Bandit 200s and 300s, Fat Free BD5 and BD6, Rapala DT10 and DT14 and Norman Deep Little N. All are proven fish catchers when the bass are in between. The key is to keep the bait ticking as much as you can. Maybe making more parallel casts or 45 degree angled casts up the bank so that your bait is spending most of its time in the mid-range strike zone.

With a casting jig you can effectively fish the points and keep the bait at or near the bottom. It’s a little easier to work slowly along the bottom than a crank. You’ll have to experiment and let the bass tell you what they prefer in between. The Stan Sloan Booza Bug, Cumberland Pro Lures Pro Caster as well as any of the popular football jigs on the market are good choices for mid range casting on points and channel swing banks.

A few other good options can be jerkbaits, lipless crankbaits and even blade baits. Again focusing on working the baits deeper in between the bank and the boat will often yield the bass that most other anglers are complaining that they lost.

So the next time the water fluctuates during prespawn conditions, and for the record the bass will often act this way again in the post spawn and fall at times too, and you feel like you’ve lost touch with fish you had been catching shallow or off certain points and banks, work out a little further and find your mid-range game.