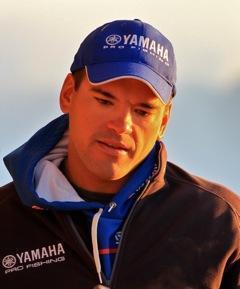 During the autumn months when bass are still moving in tributary creeks feeding on shad, tournament angler Dave Wolak may only have one type of lure in his boat. It will be a 3/8-oz. pearl/white spinnerbait with double willow leaf blades and a white plastic trailer, a lure the Yamaha Pro has been using for years on waters throughout the United States.

“I honestly don’t think a fisherman needs another lure this time of year,” Wolak said, “because it’s hard to find another lure that can be retrieved so many different ways but still looks like a shad no matter how you fish it.”

While Wolak does employ a lot of different retrieve variations, particularly a stop-and-go action that causes the spinnerbait to flutter and change directions, his primary key to success with the lure is that he does not concentrate in the very backs of tribu- taries where shad populations may be the heaviest. Instead, he goes to the back and fishes his way out.

“Sometimes, there is simply too much bait concentrated on the flats in the back of a creek, and no matter how you retrieve your spinnerbait, the bass won’t hit it,” he said, “so that’s when I begin moving away from them and look for places where other bass may be hiding to ambush the shad as they swim past.

“I have a lot of success fishing secondary points, even as far out as the mouth of the tributary if it’s a short one. No matter where you fish in America, bass are attracted to points, and it’s true even in the autumn. I look for individual pieces of cover like logs or bushes on the point that would not only hold a bass but also attract a shad, and while I may only catch one bass in such a spot, I often re-visit it sev- eral times during a day and frequently catch a fish there each time.”

Other places the Yamaha Pro recommends fishing include flooded timber and stumps, especially when they’re located in shallow water near a deeper water break or channel edge. These same places will also produce fish later in the autumn as bass begin migrating back out of the tributaries toward main lake winter structure.

“Cover is important in this type of fishing because the bass are using it as a hiding place,” Wolak said, “and you can catch those bass because there aren’t as many shad. I’m always surprised at how shallow the bass may be, too, because I’ve caught them this way in water less than a foot deep.”

Spinnerbaits are ideal lure choices because they not only produce flash and vibration to attract bass, they’re also basically weedless and they can be fished many different ways. In addition to the stop- and-go retrieve Wolak likes, he also pops the lure with his rod tip to make it jump, and occasionally speeds his retrieve enough to bring the spinnerbait right to the surface.

“I’m trying to imitate an injured or dying shad,”  he said,  “which is what the bass will notice first. It represents something easy it doesn’t have to chase.”

Over the years, Wolak has settled on a 3/8-oz. tandem willow leaf spinnerbait with one nickel and one white blade, a pearl/white skirt, and a white plastic trailer with crawfish-type legs that help produce more water movement with the lure. He likes 14 or 16-pound fluorocarbon line because of its lack of stretch and abrasion resistance, and he uses a 7-foot heavy action rod because he is catching bass in and around cover.

“Bass start following the shad migration into the tributaries in late September and stay in them for several months,” Wolak said, “and it’s a wonderful time to be on the water fishing. But there are times when there are literally too many shad for an angler to compete with. That’s when I start working away from them and looking for the ambush spots. Most of the time, I never leave the creek, either.