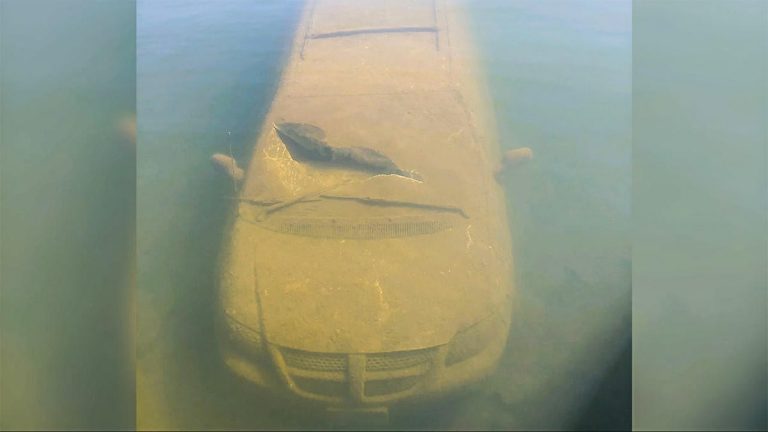 While trying to catch some of the big spotted bass for which Georgia’s Lake Lanier is known, angler Jason Millen stumbled across something nobody wants to see. While fishing roughly 20 yards off of the bank in a small cove, he saw something shiny in the clear Lake Lanier water. He headed towards it and once his boat got directly over it in 15 feet of water, he realized it was a white van.

He immediately called for help and told WSB-TV that he noticed a large crack in the windshield, which he assumes occurred when a boat hit it at some point. When divers arrived to hook the van and remove it from the water, they discovered the body of 56-year-old Van Dobb. He had been reported missing since June.

Authorities do not suspect foul play at this time. The angler, Jason Millen, said there is a dirt road very close to the shore where the van was found. Cause of death is still being investigated and we’ll update this story with more details as they’re made known.