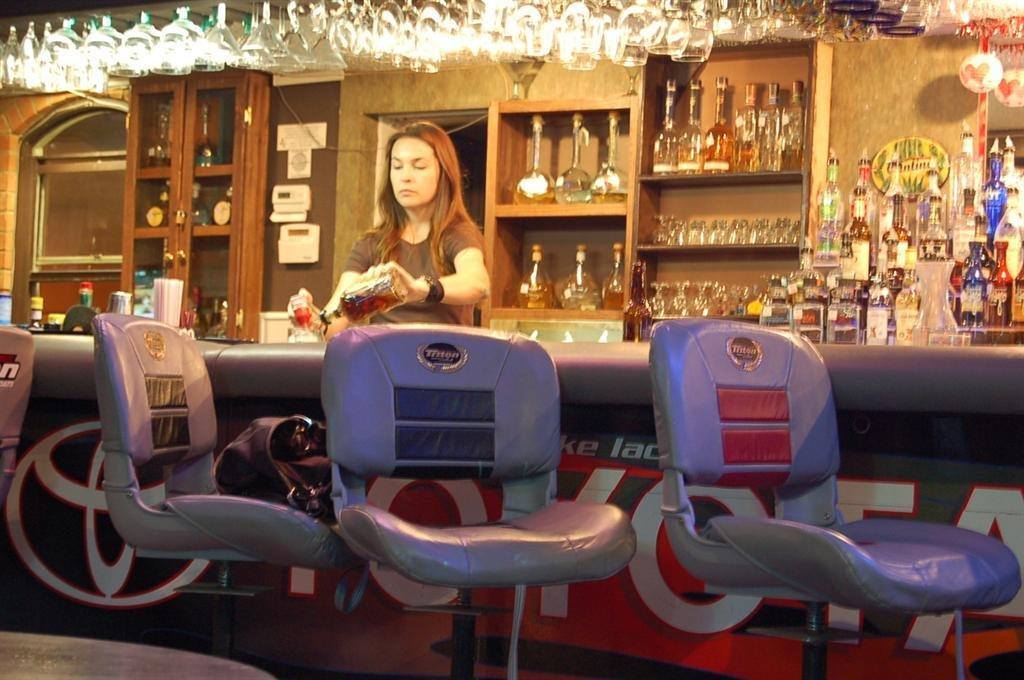 Every special interest group seems to have their own theme restaurant somewhere throughout the United States and the number seems to grow exponentially every year.

ESPN Zone? One for every Chris Bermanism

Hooters? There’s a waitressing job for every ex-high school cheerleader in the country.

The tipping point came when Bill Murray and his brothers opened the â€œMurray Bros. Caddyshackâ€ eating emporium in Florida. Golf is little more than the world’s biggest waste of real estate and an opportunity for middle-aged doctors to wear plaid. Why do they get another place to loiter?

Enough already! (Well, except for Hooters. There can never be enough of those.)

But now Byron Velvick â€“ professional angler, TV star, hotelier and serial entrepreneur â€“ brings those of us who fish a restaurant of our own, the Waypoint Cantina in Del Rio, hard on the shores of picturesque Lake Amistad on the Mexican border. As the saying goes, it’s a restaurant â€œFor Us, By Us.â€

Elsewhere throughout the restaurant, which is adjacent to his Amistad Lake Resort hotel, there are other forms of bass fishing memorabilia. The bar seats are all Triton boat seats. Mike Iaconelli’s 2008 boat wrap graces the bar. There’s a wall of fame in the back, signed by what seems like all of the Elite Series pros, some signatures more legible than others. There might’ve been a margarita or two pre-signing â€“ the bartender mixes a good one and offers over 50 different types of tequila. There’s both a dinner menu and a bar menu, too, with a southwestern flair befitting the location.

Why here? Why now? Why Byron? â€œESPN does us a favor by continuing to come back to Amistad,â€ Velvick explained. â€œAnd I have access to all of the guys. It’s just like a musician could get all of the rock stars. I can get stuff from my sponsors and friends. That makes it work.â€

Given the ever-turning wheels in Velvick’s mind, it should come as no surprise that he’s already looking to expand the Waypoint Cantina, both its initial iteration and the concept more generally.

â€œI’m going to build it into more of a resort,â€ he said. â€œA residence club. I’m working with a developer and we’ve already bought property at Clear Lake. We want to have one of these at all of the best fisheries in the country.â€ So at Clear Lake they’ll get the top NorCal sticks to decorate the place and at Erie he’ll recruit the brown bass experts to lend the tools of their trade.

And unlike Bill Murray, a duffer who will never be mistaken for Tiger Woods in swing or stature (despite claiming to be an â€œincredible Cinderella story, coming out of nowhere to lead the packâ€), Velvick’s got the game to back up — when he’s not on the road or toiling away over a hot stove, he can step out the back door, launch his Triton and turn the restaurant concept into reality.