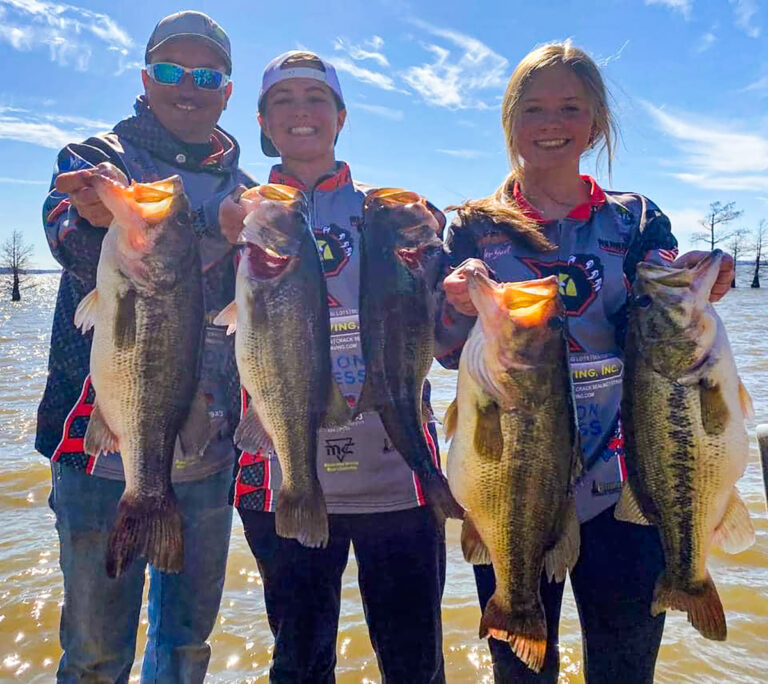 Their first event on March 13, 2022 was the state championship at Caddo Lake in Shreveport. Virgillito is only in 8th grade while Bacot is a freshman, but both have been fishing since they were toddlers. They, however, had been in a bit of dry spell leading up to this event.

“They zeroed at Toledo Bend, which is the very first tournament of the year,” Alexis’s dad Brad Virgillito said.

That fueled the duo with motivation to qualify for a National Championship. Within 30 minutes of the tournament kicking off on Caddo Lake, they had already reeled in five keepers totalling a whopping 25 pounds. And they continued to cull up from there.

When it was all said and done, they weighed a massive 30 pounds, 3 ounces. The girls had beaten out 108 other to become state champions.

Momentum is a very real thing in tournament fishing and this dynamic duo proved it again at the North Louisiana High School Fishing League tournament on March 26. This time with a three fish limit weighing 17.71 pounds, including Alexis’s big bass of the event at just shy of 10 pounds.

The record setting duo will compete at Pickwick Lake in Florence, Ala., June 22 through 25.

Regardless of the outcome of the national championship, their names are cemented in the tournament bass fishing history books as the first all-female team to win league and state championship bass tournaments.