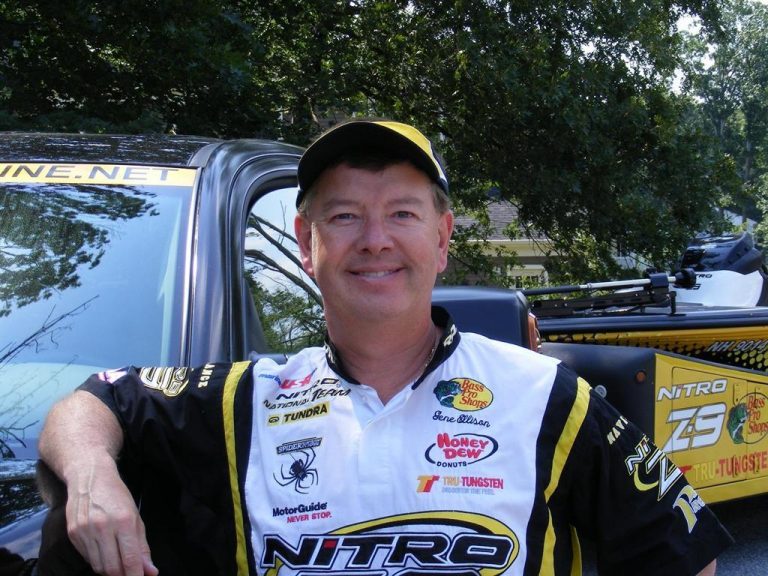 Tim Horton and Kelly Jordon of the PAA Executive Board recently  presented the PAA Lifetime Achievement Award to former Executive Director Gene Ellison at the finale of the PAA Corporate Cup Awards Dinner in Florence, AL.   In front of 450 attendees, Horton stated that â€œThis award represents the highest achievement in Professional Bass Fishing, and we do not plan on handing this award out on a regular basis.   It may be 5 to 10 years before we present this award again.   As the first recipient of this award, we want to recognize Gene’s unparalleled commitment to building and then guiding the Professional Anglers Association (the PAA), growing the sport of bass fishing, introducing children and families to our sport, as well as his devotion to conservation efforts and his performance as a successful tournament angler.â€

Ellison joined the PAA in late 2004, and in just less than 3 years, used his leadership and business talents to â€œjump startâ€ this newly formed players association.   Ellison worked tirelessly alongside professional angler Mike Auten to create the design of the very successful PAA Toyota Texas Bass Classic in 2006.   This creative and innovative event has been very positively received over the past few years.

During his acceptance talk, Ellison stated, â€œI am truly humbled, honored and flattered by this award, and hope that during the years ahead, we can all continue to work together to grow fishingâ€¦ America’s favorite family sport.â€   Ellison encouraged corporate sponsors as well as professional anglers to continue to promote conservation and develop our country’s youth.   In addition, Ellison share some funny stories about his experiences as the PAA’s Executive Director during a 5 minute talk.

This past tournament season, Ellison has been busy competing in 28 events around New England as well as nationally.   In addition, he has participated in over a dozen children’s events, introducing kids to fishing and conservation.   â€œMy goal is to put the first fishing rod into the hands of 1 million kids.   It’s an ambitious goal, but I am in the habit of making no small plans,â€ stated Ellison recently.    â€œThe PAA has developed beautifully over the past four years and presently has great enthusiasm and leadership.   I think the future of the PAA looks very bright.â€