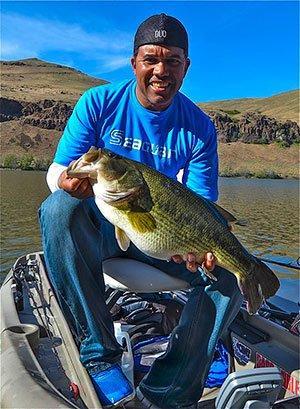 Duo/Realis, a popular Japanese lure company breaking into the US market has hired David Swendseid, formerly of Jackall, to be their Product R&D Specialist Manager for Realis USA. General Manager of DUO Realis, Martin Bakos spoke with industry heads in Japan as well as media and industry folks in the states to get impressions on Swendseid. He was aware of Swendseids work at Jackall and after hearing how well regarded he was in the industry, new it was the right hire.

“We learned of his availability,” Bakos said. “He is knowledgeable when it comes to lure action and utility parameters around design of lures. He knows the market from baits to bass boats and understands the needs of bass anglers.”

“Changes are sometimes blessings in disguise,” Swendseid said. “I’ve known of DUO and their top designer Mr Adachi for some time. Their international sales manager Martin Bakos is what I call one of the hardest, most efficient industry heads I’ve known in the last 15 years.”

Here is what a few folks in the media had to say about Swendseid’s hiring:

Stephen Quinn, In-Fisherman: â€œDavid Swendseid is a very innovative and perceptive angler and he has the pulse of the entire bass fishing industry. Moreover, he is an outgoing and sharp individual who likes to write in the popular media. I feel confident he will do an outstanding job with the R & D Department at DUO. He has worked with several important companies, particularly those of Japanese origin.â€

Curt Niedermier, FLW Magazine: “DUO Realis is obviously making smart decisions for its company by adding David Swendseid to its staff. He’s a rarity in this industry – a guy who can get it done on the water (he once held the Oregon smallmouth record), at the drawing board and in the press room. I met David about six years ago, when we went on a smallmouth fishing spree on the Columbia River. I have since turned to him frequently for advice on new techniques and tackle coming from the Asian market. I’ve also called on him as a contributor for a variety of magazine projects at FLW. Excellent choice.”

David Hunter Jones, Bassmaster: â€œDavid’s intimate knowledge of fishing tackle and especially hard lures is unparalleled. His depth of expertise and dedication to fishing has led to his catching state-record smallmouth bass as well as improving on lure designs thought to be perfect. No doubt his input will make Duo hard baits the best they can be.â€

Jason Sealock, Wired2Fish: “David Swendseid has been a great resource for staying up to date on the latest in tackle from the West Coast, Japan and beyond. He has an intricate knowledge of bait design and why certain lures are made to do certain things in the water and where and how to apply them to the fishing. He’ll be a valuable asset to DUO as they break into the American recreational fishing market.”

Mark Lassagne, Bass Angler Magazine: â€œDavid Swendseid is the most detail oriented bass angler I have ever met. He is a guy that looks well beyond the surface of any product, show him a lure and he will give you a lesson. He will tell you things you never thought of, even if you we’re the one that designed it. David’s ability to dissect a product is amazing and will be a tremendous to the DUO teamâ€