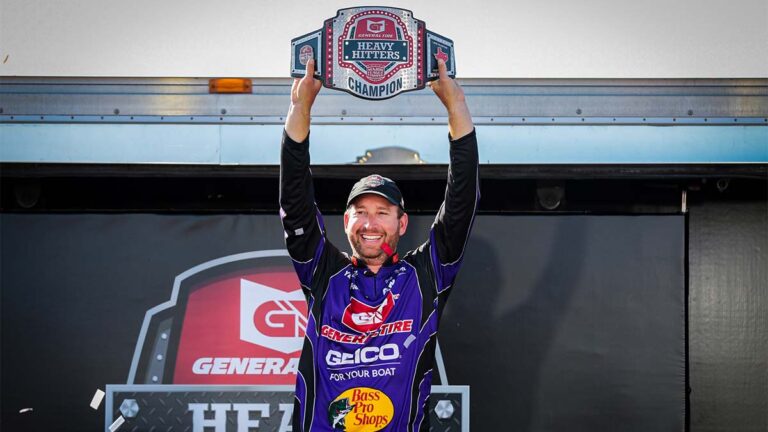 “Man, I love Texas,” a jubilant DeFoe said as the SCORETRACKER® clock expired. “I’m so thankful to have pulled it out. It was a hard day of fishing, and when it’s the 3-pound minimum like we had today, you have to really make every bite count.

“After the first period, I felt like I was out of it,” DeFoe continued. “I had fished all through this area and hadn’t caught anything. It really killed my confidence. I was around a ton of fish on the lower end, and there were some big ones. But I couldn’t get anything going. I came back up here for the last hour or so and I got it done.”

At 3:20 p.m., with just 40 minutes remaining in the competition, DeFoe had weighed in just two scorable bass for 8-2 and was in the bottom half of the leaderboard. In the final 35 minutes, DeFoe caught a 4-10 and a 3-10 to overtake Lucas and earn the top spot.

“Two main baits were the key for me this week,” DeFoe said. “The first was a 4½-inch swimbait, rigged on a VMC Tokyo Rig with a 3/8-ounce weight. I caught some key fish on that, but the big thing was I’d use that to get the fish aggravated and then catch them with the Texas rig. I fished the Tokyo Rig on a 7-foot, 3-inch (Bass Pro Shops) Johnny Morris CarbonLite 2.0 with an 8:3:1 gear ratio CarbonLite reel and 40-pound braided line with a 20- pound (Bass Pro Shops) XPS fluorocarbon leader.

“The other one – that did most of my damage this week – was a Texas-rigged Bass Pro Magnum Fin-Eke Worm. I used the Sooner Run color, with a new VMC hook that is not available yet – but the heavy-duty worm hook works really well with that – and fished it on my favorite setup, a 7-foot, 1-inch medium-heavy Johnny Morris Platinum rod and an 8:3:1 gear ratio Platinum reel with 40-pound braided line and a 17-pound (Bass Pro Shops) XPS fluorocarbon leader.

“I am so thankful, it has been an absolutely awesome week,” DeFoe went on to say. “I really enjoy it when we visit Texas. It doesn’t always work out in a win for me, but it’s treated me well over these past few years.”

Although DeFoe will bring the Heavy Hitters Title and $100,000 top prize back to Tennessee, the big money will be staying in Texas. After catching the $50,000 Berkley Big Bass in the Knockout Round on Wednesday, Waco, Texas, pro Alton Jones, Jr. added another to his resume in the Championship Round Thursday – this one weighing 6 pounds, 4 ounces – to also earn the Championship Round $100,000 Berkley Big Bass Award. All told, the young angler will earn $165,000 for his two Big Bass bonuses and prize money for his 5th place finish. 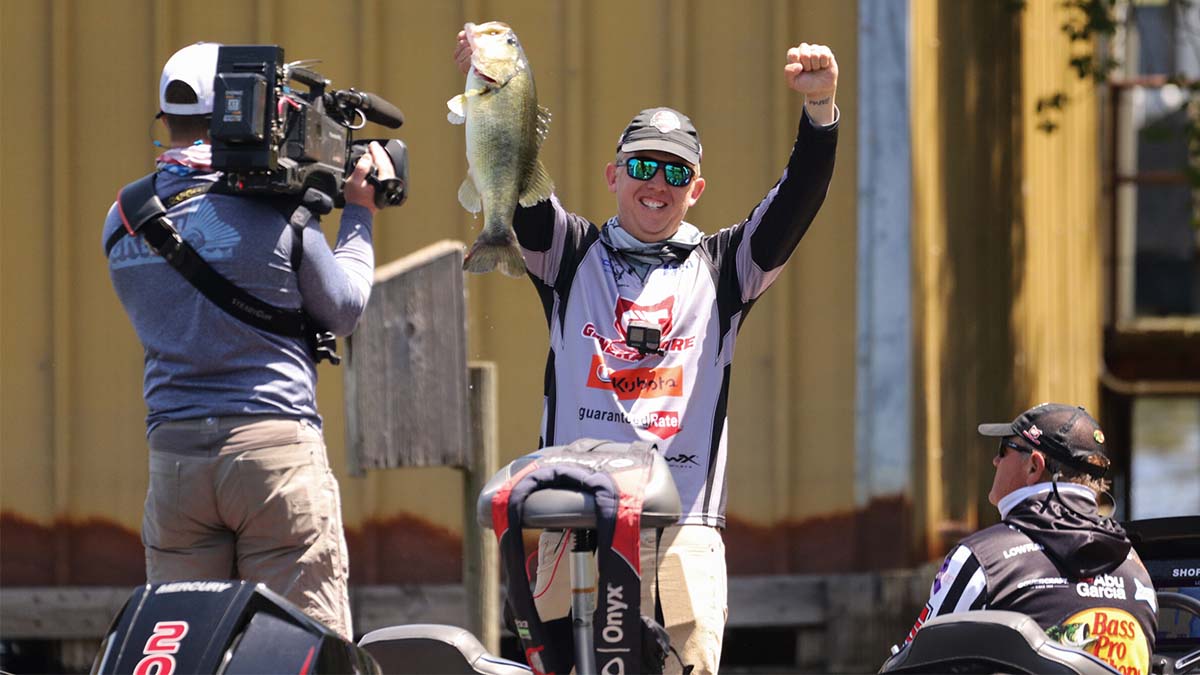 “Man, we have made some money on (Lake) Palestine this week catching big bass,” Jones said. “$50,000 yesterday, $100,000 today – I can not believe it. Sight fishing in the springtime is what I love to do, it’s my favorite thing in the world. Kind of like how my dad won Heavy Hitters last year. He taught me a lot when it comes to sight fishing, and what I learned really paid off for me this week.”

Jones said both of his Big Bass Award winners came on a bait that will be released around ICAST this year – a Geecrack Bellow Shad, in AJ’s Juice color.

“Just like yesterday, I caught my fish on the Bellow Shad,” Jones said. “It’s not available yet, but I can’t wait to roll it out later this year – it’s going to be my signature bait. It’s pretty cool to be throwing things out here that nobody else has.

“It’s already been a special year, and I didn’t think anything could top winning Lake Fork earlier this season, but we managed to do it this week,” Jones said. “This is a heck of a payday – $165,000. I think that’s probably the best you can get without winning REDCREST. I’m so excited – life is good in the Jones’ household.”

The top 10 pros from the General Tire Heavy Hitters event on Lake Palestine are:

Full results can be found at MajorLeagueFishing.com.