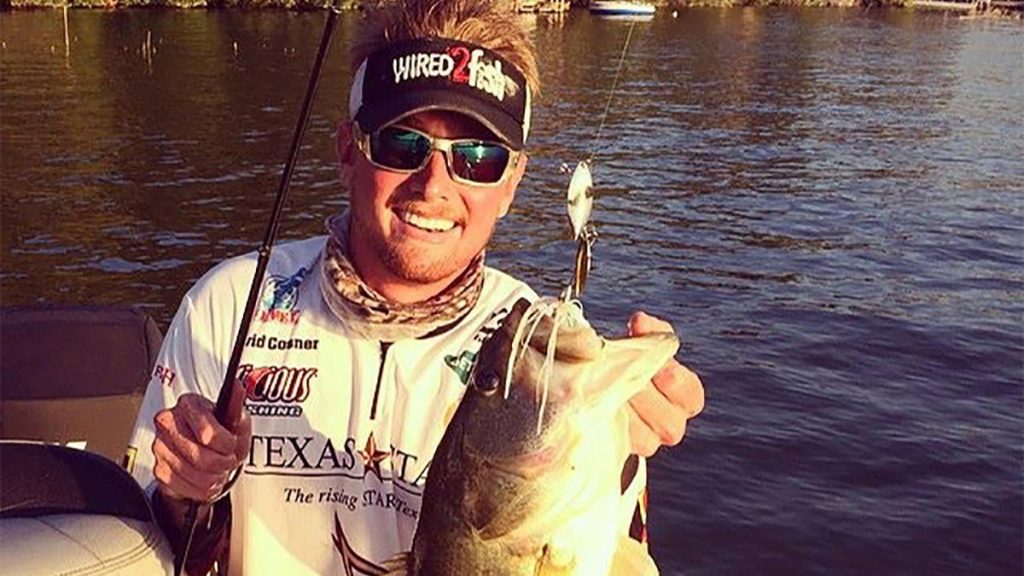 After a long and very public battle with Wegener’s granulomatosis, a terminal lung disease, angler David Cosner has passed away at 29 years old. He was diagnosed with the condition two days after his 17th birthday. Not only did he attack the disease head-on and exhaust all medical efforts to beat it, but he also kept an inspiring and positive attitude until he took his last breath. While sick, he founded the Texas State University bass club and competed for four years in the Carhartt Bassmaster College Series. He was an outstanding collegiate angler who excelled in many tournaments. But Cosner’s main mission was to share his story through bass fishing.

In a conversation with Wired2fish, Cosner summed up his disease in a few short sentences.

“I describe my disease like this,” he said. “It’s a liberating experience I wouldn’t wish on my worst enemy. It has shown me how to live my life. We should all help others, enjoy everything and never feel guilty about taking time off work to do something we love. Life is a fragile, fragile thing. It’d be weird if I wasn’t a little scared, but at the same time, I’ve been blessed with a huge appreciation for life. The normal, small things that make most people angry just don’t matter to me anymore.”

Cosner made it his goal to fish the Bassmaster Central Opens in 2018 as he was determined to compete against some of the best anglers in the country. If you knew David, once he made the decision, he went full-speed and wouldn’t let anything, even a terminal diagnosis, hold him back. With oxygen tank in tow, he made a run at it while his father and best friend, Don Cosner, traveled with him to ensure his wellness. Dozens of very prominent companies in the fishing industry flocked to show their support for Cosner’s inspiring mission. Each and every company that offered help, whether product-wise or financially, promptly received a handwritten note in the mail from Cosner. That’s just the kind of man he was.

We love and will sorely miss our friend. But we’re so thankful he’s free from this awful disease. We love you, buddy.

Editor’s note: You can read the entire story behind David’s journey here.