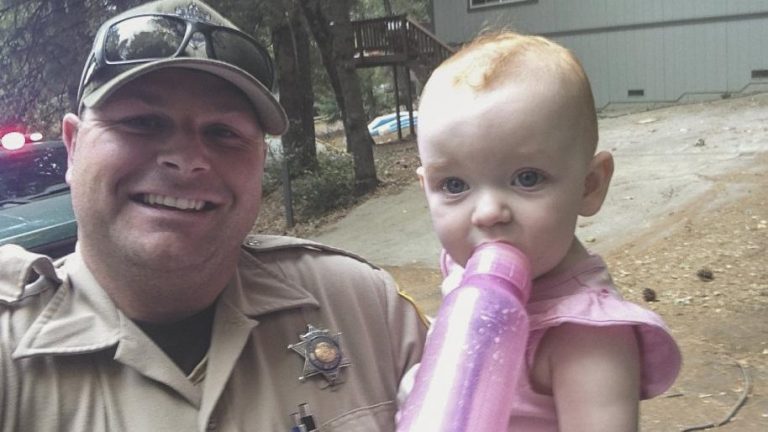 You might remember our story back in March of 2015 talking about Tim Little’s spotted bass being certified as the California state record. Well it turns out that Little is a lot more than an extraordinary angler. He’s the hero of two families this week after rushing into the California wildfires while serving as a Game Warden on Friday, Sep. 18 to rescue a baby and her grandmother who became trapped by the surrounding fires. After the call came in that rescuers would not be able to reach them in time, Little jumped in his truck and raced through the fires to get the baby and her grandmother out and to safety before the fires consumed their home.

But while he was doing that, another call came in that an elderly woman with a medical condition was trapped in her home with fires looming. Little hopped back in his truck and raced to the scene. When he found her on the second floor of her home, she was unable to walk, so he carried her down a flight of stairs and out to the truck and rushed her to safety and medical care before her home was consumed by fire.

“Hey guys just getting off work. Thank you everybody that commented, messaged, texted, and left voice mails. I’m sorry I haven’t responded. Honestly I’m a little overwhelmed. In my heart I believe any first responders would have done the same. I happened to be in the right place at the right time. Next time you see a man or woman in uniform, please thank them for their service. It means more than you know.”

Thank you Tim and all the men and women in uniform fighting and serving out in California during these challenging times.

See more detailed reports on these incidents and heroic rescues at CDFGNews.wordpress.com  and ABC7News.com.