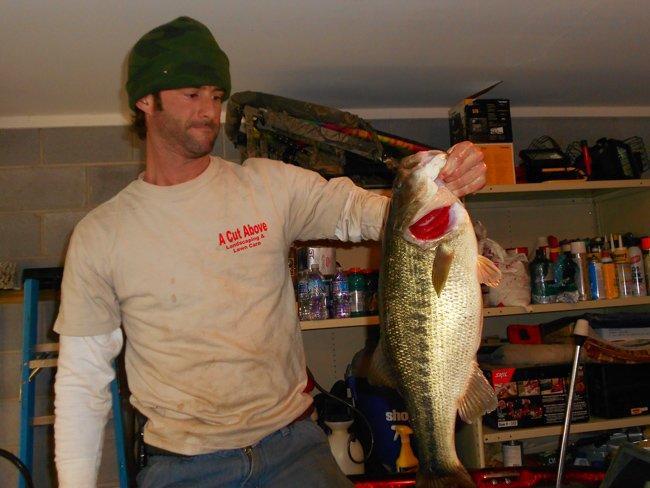 The possible record spotted bass caught on Lake Norman by angler Terry Trivette was denied state record certification after genetic testing on the bass indicated it came from two different species of bass, thus making it a hybrid. The bass was produced by a female largemouth and male spotted bass and thus can not be sanctioned as the record spotted bass in the state archives.

We first reported on the possible record catch on Feb. 16 but just received word that the genetic testing came back this week. Still it’s an amazing fish on display at the local Bass Pro Shops for anglers to see.