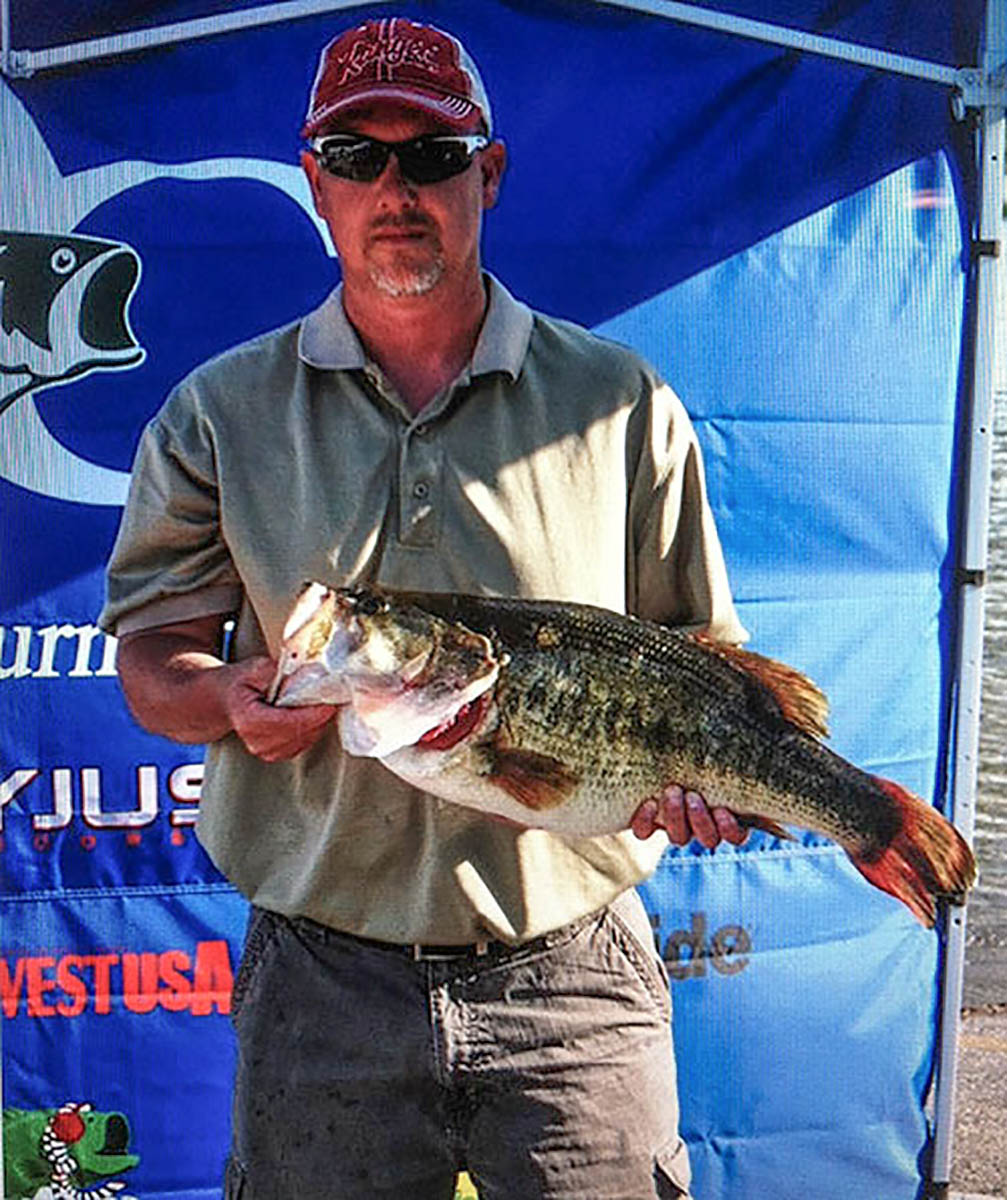 Most anglers won’t be able to land a bass weighing more than 12 pounds. Even fewer still will be able to say they did the feat in a tournament. And if you live somewhere other than Texas, Florida, or California, the odds of landing a double-digit weight bass go down substantially.

The  Angler’s Choice championship on Kentucky Lake saw this feat accomplished by Missouri angler, Chris Sarakas. Sarakas brought a 12.08-pound bass to the scale, one of the largest bass anyone has heard of on Kentucky Lake in quite some time. And he did it fishing flooded brush if you can imagine trying to wrestle a fish of that size out of heavy cover.

“We were fishing on the south end of the lake targeting flood bushes in front of the visible bushes with Zoom Brush Hogs. The bite was pretty ordinary and even after I set the hook I didn’t think she was that big. When she surfaced near the boat though, there was no mistaking how big it was. We quickly netted her and sat in awe of how big she was and that I actually was able to land her.”

The duo ended up with 27.39-pounds of bass for the day fishing flooded cover. Sarakas used a Denali heavy-action Flipping rod with 20-pound P-Line and a Watermelon Brush Hog to catch that big bass.