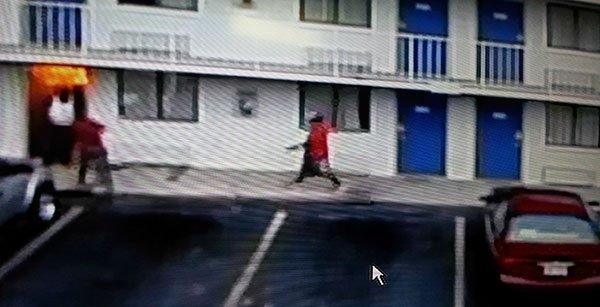 Reports started coming in late last night that James “Jimmy” Johnson from Ganado, Texas was shot and killed Sunday night, Oct. 13 in Jackson, Miss. in a Motel 6 parking lot. The 56-year-old Texas angler was in Mississippi practicing for the final Central Division BASS Open on Ross Barnett Reservoir. There aren’t many details yet other than Johnson apparently found someone burglarizing his boat and was shot in the subsequent confrontation.  As we get more details, we’ll share them.

The notes we’ve seen on forums and Facebook posts show that Jimmy was well liked and respected as an angler. Prayers for all who knew him.

Bassmaster.com story on the shooting

Police are searching for a suspect captured on security cameras at the hotel shown here.