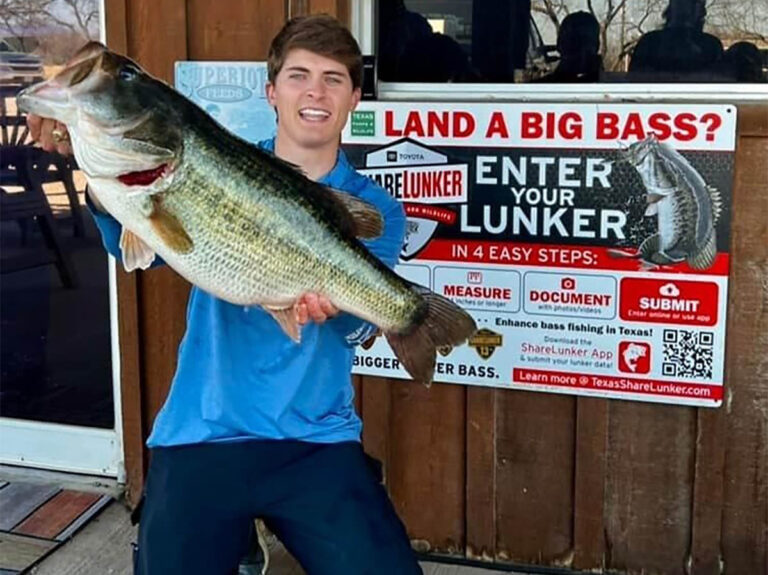 Tyler Anderson planned to spend 10 days hunting for his personal best largemouth bass. He wanted to catch a double digit bass weighing more than 10 pounds to best his personal record. He planned to spend 10 days experimenting and chasing bass on forward-facing sonar. On day two, his wish was granted, and he got a lot more than he originally planned.

Anderson did a great job documenting his catch on his YouTube Channel TylerReelFishing, getting it weighed, certified and then delivered to the Texas Share Lunkers program that takes bass over 13 pounds and gets their eggs to grow future big bass in the lakes around Texas. His fish weighed 14.49 pounds. The catch starts at about the 6 minute mark.

Anderson used the following gear to land his big bass: