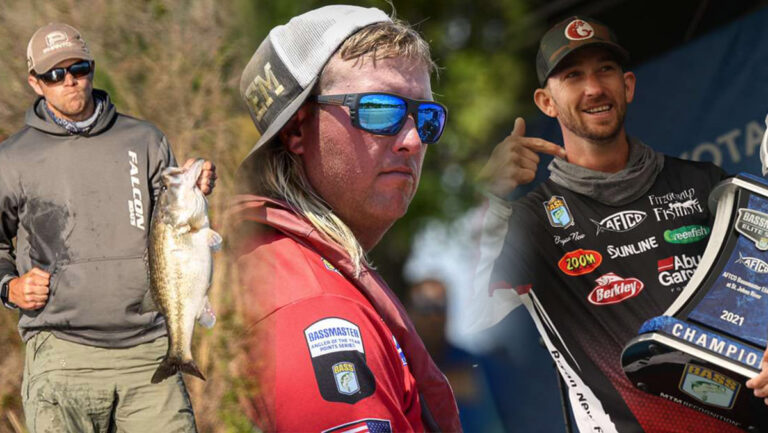 American Baitworks has announced that three more have been added to their national pro staff for several brands. Patrick Walters and Bryan New will represent BaitFuel and Matt Robertson will represent Scum Frog.

Patrick Walters is no stranger to the tournament setting. Fishing for the University of South Carolina during his college years, Walters and his tournament partner took home the Title in a Carhartt Bassmaster College Series event at Winyah Bay in 2017. Winning the Bassmaster Open the following year at the Red River landed him a seat in the Bassmaster Elite Series, and his momentum has only picked up since then. In 2020 Walters won a Bassmaster Open at Lake Hartwell as well as the Toyota Bassmaster Texas Fest at Lake Fork where in 2021, he gained his Century Belt. It’s safe to say that Walters has made his lifelong dream of becoming a professional angler a reality and keeping up with the newest and strongest products in fishing is no different.

One of the hottest new anglers on the Bassmaster Elite Series, Bryan New may still be considered a rookie, but he is a veteran when it comes to tournament fishing. Entering his second season on the Bassmaster Elite Series, he has fished with the greatest anglers of all time, like good friend and Major League Fishing Pro Bryan Thrift and the legendary JT Kenney. New understands being ahead of the game with the right tools and technology and adding BaitFuel Fish Attractant to his lineup will give him a proven scientific advantage on the water.

“I have always been a believer in adding scent on my baits, and now with Bait Fuel in the game, it’s always on the deck of my boat and on my baits,” said Bryan New, “Unlike other scents on the market, I can add Bait Fuel Fish Attractant gel to any of my baits! This stuff is the juice!”

Robertson has quickly become one of the most recognizable anglers fishing the Bassmaster Elite Series. Matt’s no-nonsense, downhome personality and friendly, competitive attitude has made him popular amongst fans and his Bassmaster competitors. Robertson’s personality fits the Scum Frog brand effortlessly, and his journey to the Elite Series is relatable to all.

Robertson starts his 2022 season having qualified for the Bassmaster Classic three times and multiple top-ten finishes.

“I love throwing hollow-bodied frogs almost any time of year and am excited to partner with Scum Frog and show off the performance of our products,” said Matt Robertson. “The Launch Frog and Trophy Series Frog are legendary, and I’m excited to put it them to work and crush some giant bass on the water this season.”