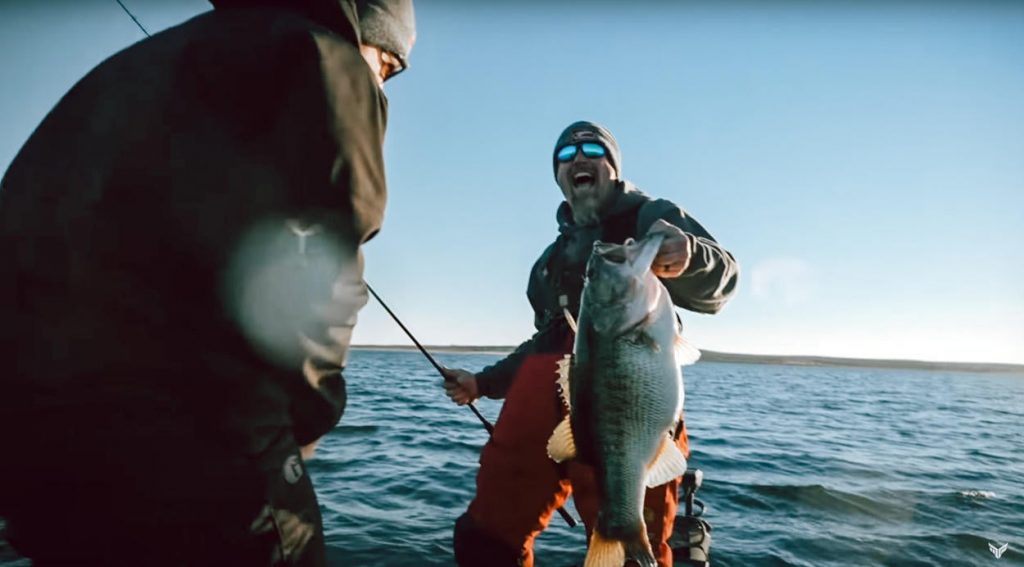 YouTube angler Ben Milliken was in Texas the last week of February and he and his buddies caught a huge limit of 5 largemouth bass that weighed roughly 60 pounds. Included in that caught is a 16.4-pound largemouth that is the new O.H. Ivie Lake Record. This bass was donated to the ShareLunker program. Milliken also broke the lake smallmouth bass record, that has already been broken two more times since then.

The trio used Alabama rigs with 6th Sense Divine Swimbaits and single Divine Swimbaits to catch a ton of big bass and caught all of the action on film. You should watch at least go to the 28:00 mark and watch Joe McKay catch his 16-pounder. His laugh is the best thing we’ve heard in fishing in a while.