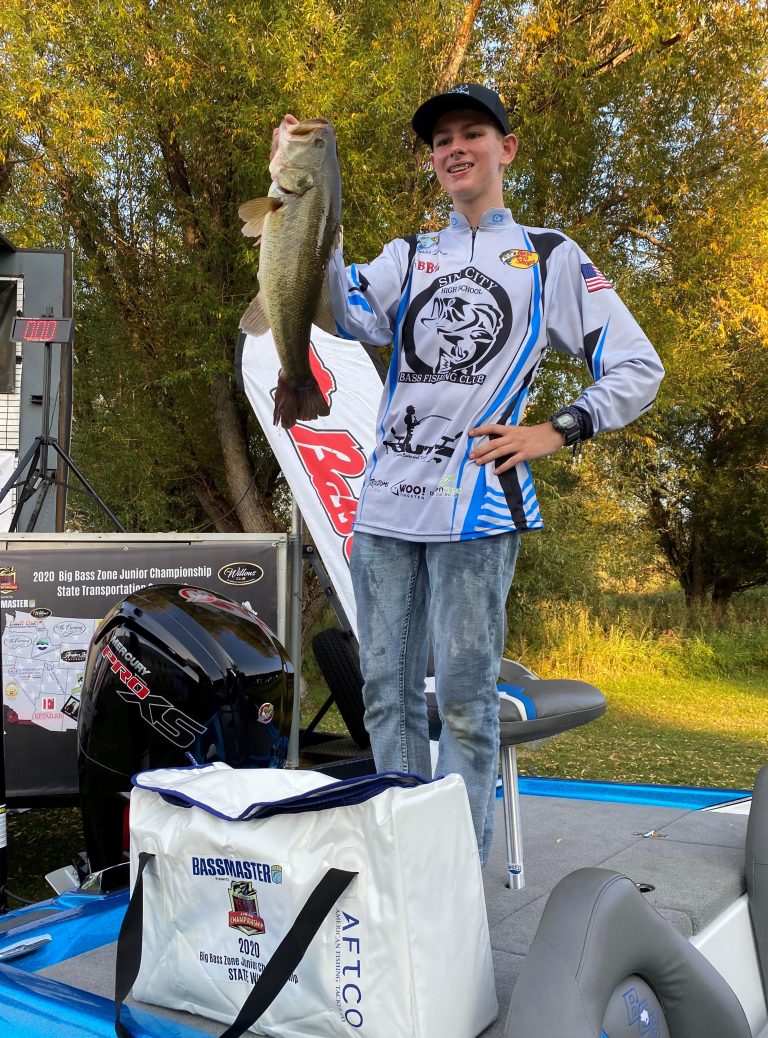 Carter Doren, a 16-year-old angler from Las Vegas, Nev., doesn’t want to remember his performance at last year’s Big Bass Zone Junior Championship presented by Bassmaster (BBZJC) held on Idaho’s Lake Pend Oreille. Not only did he not catch a fish during that event, but he didn’t even get a bite.

How things can change in a year. Doren, the last competitor to walk onstage in the 52-angler field, brought a 4.35-pound largemouth to the scales to capture the championship title and take home the first-place prize, a BassCat Margay powered by a Mercury outboard.

“I am in shock,” the young angler gasped when he realized he won, almost falling to his knees on the weigh-in stand. “It was an amazing day. I caught a 3-pounder on my first cast. Things really slowed down, so we motored to the other side of the river and pulled up next to a dock. I skipped my jig under the dock, immediately got a bite and set the hook. The fish didn’t feel all that big while I was fighting it, so I went to boat flip it and realized that would be a bad idea. I freaked out, then lipped it and went crazy!”

The BBZJC format is a big fish tournament. Anglers were tasked with a simple challenge: catch the biggest fish they could find in an 8-hour day and hope it was bigger than every other fish that hit the scales. Doren’s largemouth accomplished just that.

Doren landed the winning fish the first 30 minutes of the day on a football jig with a Yamamoto Fat Baby Craw as a trailer. “I am so thankful I skipped under that dock, because we didn’t get a bite the last four hours of the day.”

The BBZJC event is a unique event in the world of bass fishing. Fifty-two anglers from 48 states qualified for the tournament through a months-long virtual tournament. The competitors would catch a fish, then submit the fish to a virtual leaderboard for each state. The angler with the heaviest bass became the qualifier from that state.

“This format allows every kid that can find a fishing rod the ability to compete against their peers across the country for almost $300,000 in prizes,” said BBZJC president Bill Siemantel. “They can qualify by fishing from the bank, from a kayak or from a bass boat in every sort of fishery you can imagine.

“This year, we had 13 anglers compete that also qualified last year. We had a kid from Florida drive to Maine to qualify in that state. It is simply unbelievable the passion these kids have for the format and the commitment parents and family members showed to get anglers involved.”

Doren qualified for the event on the strength of a 4-6 smallmouth he landed on Nevada’s Lake Mohave while bed fishing.

Prizes included trips to Lake El Salto and the Amazon provided by Anglers Inn International; electronics and trolling motors from Humminbird, Minn Kota, Lowrance and MotorGuide; scholarships from Bethel University; batteries from Lithium Pros; rods from St. Croix and Daiwa; and a host of gear from supporting manufacturers.