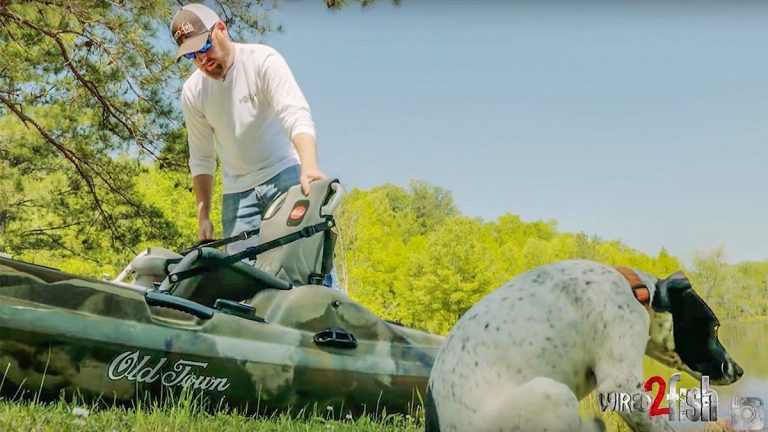 We’ve really taken a liking to fishing kayaks lately; the stealth and versatility they allow is unmatched and they’re a relatively inexpensive way to get on the water. When Walker got his new Old Town Predator PDL, however, he quickly realized that it wouldn’t fit in the bed of his truck due to his deep-set toolbox. After a few days of researching and scheming, he decided to go with an affordable, yet easy-to-manage hauling method. He ordered an adjustable truck bed extender and it has made transporting his Predator PDL much easier.

With just one ratchet strap, the kayak stays in place with absolutely no movement whatsoever. He has taken it down rural dirt roads and wood trails with no damage to the kayak, his truck or his truck bed extender. Don’t let a toolbox or short-bed truck complicate hauling your kayak. This is a great option that won’t break the bank.