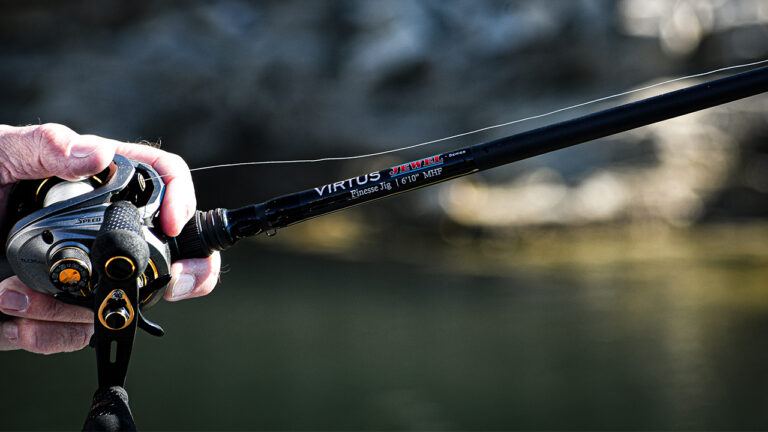 Just announced Jewel Bait Company will be carrying a new series of rods from VIRTUS and we were lucky enough to grab three of their new Finesse Jig Rods for our latest giveaway. We have not touched them either as yet but know if Gayle Julian says they are the “real deal” they will be as he is a stickler for details. Because they are new we wanted Wired2fish followers to be some of the first to have a chance to fish with one of these rods. We will have three winners.

The 6’10 VIRTUS Finesse Rod culminates 30 years of Ozark’s rod building wherewithal into a rod that exceeds the desires of those who love to throw finesse jigs and feel even the lightest of bites yet having the power to wrench big fish into the boat. Remember the name VIRTUS as it will quickly become a mainstay to jig anglers everywhere.
Congratulations to the winners, your rods are on the way! Thanks for entering and as always, keep an eye out for more weekly giveaways from the Wired2fish guys.