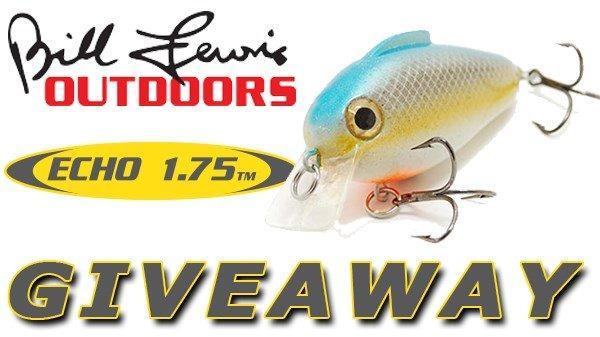 We would be willing to bet that just about everyone who reads Wired2fish has a Rattle Trap in their tacklebox. If they don’t they should. The Rattle Trap is a known fish catcher and is good year round. It is especially effective early in the spring and late in the fall.

Last year at ICAST, Bill Lewis Outdoors introduced a new squarebill called an Echo 1.75 and anglers who are using it swear by it. Built as a brainchild of pro Andrew Upshaw and lure designer Brian Branum, the 1.75 is an in-between bait that runs between a 1.5 and a 2.0 that many manufacturers build today.

Built with a dual rattle system, low knock and high rattle, the Echo 1.75 has a unique line tie that runs close to the lip to keep grass from balling up on the bait.

The Echo 1.75 is available now and comes in 15 fish catching colors.

Congratulations to the winners, your lures are on the way! Thanks for entering and as always, keep an eye out for more weekly giveaways from the Wired2Fish guys.