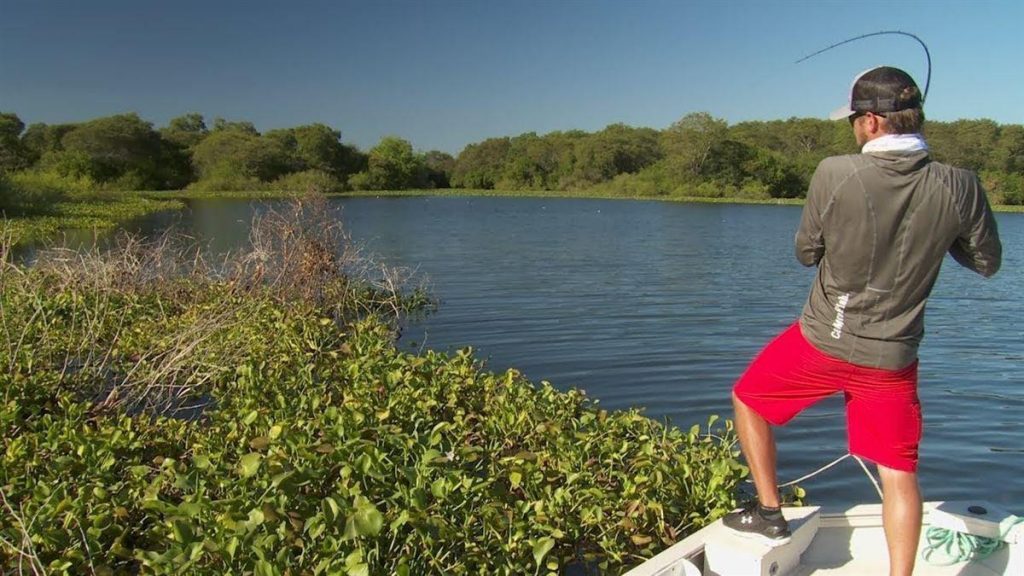 Most experienced anglers add a fluorocarbon leader to their braid setup on spinning gear. This adds stealth as fluorocarbon is a lot less visible than braid, plus a little stretch forgiveness to an otherwise stretch-free braid setup. A lot less common is doing this with casting gear, and specifically with heavy flipping and pitching setups.

Professional angler Justin Lucas believes a few feet of heavy low visibility fluorocarbon increases the number of bites he gets, especially around hard such as wood and docks. These areas provide less concealment compared to grass, which effectively hides braid. His knot of choice is the Alberto aka Modified Albright. As the video shows, tying it is simple and most importantly, tough and fail-proof according to Lucas.