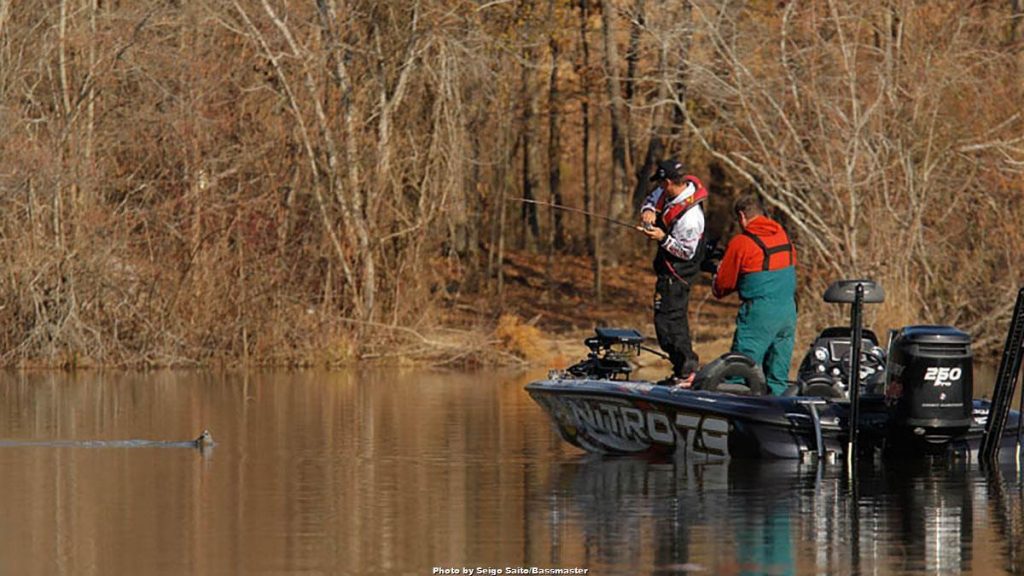 Top anglers on participating team tournament trails from across the country will have a chance to win a national team title and a berth in the 2016 Bassmaster Classic berth when they compete in the team championship tournament Dec. 9-12, 2015, at Lake Guntersville.

The Marshall County Convention and Visitors Bureau (CVB) will host the championship at Lake Guntersville, which is one of the lakes on the Alabama Bass Trail. The daily launches and weigh-ins will be held at Guntersville State Park.

The unique four-day tournament will qualify one angler for the 2016 Bassmaster Classic. The top two-angler team will also be crowned as the national champion of the event.

Teams across the nation qualify for the championship through various independently operated team trails sanctioned by B.A.S.S. (A list of sanctioned trails is available at Bassmaster.com.)

“Toyota has a proud history of supporting competitions for bass anglers of all levels,” said Jim Baudino, Engagement Marketing Manager for Toyota, the title sponsor of the championship. “We’re especially glad to partner with B.A.S.S. to showcase the fast-growing team tournament segment of the sport and provide America’s outstanding grass-roots anglers a top-level national championship event.”

The team portion of the competition, Dec. 9-10, pits the two-angler teams against one another to determine the national team champion. On Dec. 11-12, the six anglers from the Top 3 teams will compete individually in the Bassmaster Team Championship Classic Fish-Off. The winner of the individual competition earns a bid to fish the Super Bowl of Bass Fishing the following year.

In the inaugural team championship at DeGray Lake in Arkansas last year, teammates Flannagan Fife and Royce Davis from the Fishers of Men circuit clinched the team championship title in their home state and advanced to the Classic Fish-Off. However, North Carolina angler Brandon Gray from the Anglers Choice team trail won the fish-off and qualified for the 2015 GEICO Bassmaster Classic presented by GoPro, to be held Feb. 20-22 on Lake Hartwell out of Greenville, S.C.

Stewart expects this year’s event will be even larger than the inaugural championship. “Marshall County, Lake Guntersville and the Guntersville State Park Resort are great places to host this event. There is more than enough room on and off the water to support a 250-boat championship event. And at Guntersville, there is always a chance to catch the bass of a lifetime. It should be very exciting fishing that time of year.”

For more information on how a team trail can become sanctioned for the Toyota Bonus Bucks Bassmaster Team Championship, contact Stewart at jstewart@bassmaster.com.