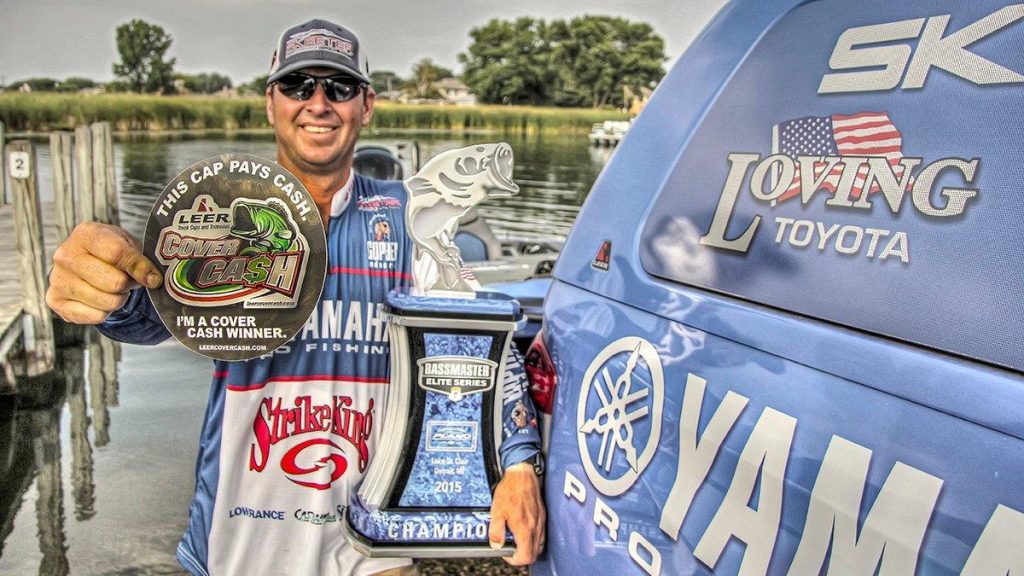 No surprise, just like so many other pro bass anglers who seem to think as much about whitetail deer as they do largemouth and smallmouth, Todd Faircloth’s thoughts turned quickly to his hunting lease moments after learning he’d won $3,500 in bonus money from Toyota and LEER following his Bassmaster Elite Series victory on Lake St. Clair.

“I’ll use that money to help pay for my deer lease this fall,” grinned a grateful Faircloth, who purchased a Toyota Tundra and LEER truck cap before the 2015 began.

“I looked at different brands of truck caps on the internet, and I really liked the way LEER’s caps looked the most, so I bought one from Tejas Truck & RV in Beaumont,” explained Faircloth. “In the past, I didn’t have a truck cap, and I had to keep all my fishing rods in my boat. Not only was that inconvenient, but I couldn’t carry nearly as many of them, and that’s not good when you’re talking about the tools of your trade.”

Faircloth’s realization that he had missed out on a ton of Toyota Bonus Bucks during his days of driving a diesel from another manufacturer provided major motivation to buy a Tundra. He collects $3,000 in Bonus Bucks for his win at St. Clair, and has formed new friendships in the process.

“My Tundra is the strongest gas-powered truck I’ve ever been in. There’s no bogging down when towing my boat uphill,” says Faircloth.  “Plus, the guys at Loving Toyota are just down-to-earth folks that love fishing and youth baseball. I love coaching my 10 and 8 year old sons’ teams when I’m not fishing tournaments – so the guys at Loving and I always having something to chat about.”

You don’t have be to one of the world’s top pros like Todd to win bonuses from LEER or Toyota; you simply have to be the highest eligible finisher in your qualified event. To learn the specific details of each program, please check out www.LeerCoverCash.com and ToyotaTrucksBonusBucks.com, or simply call Kendell or Kristie at (918) 742-6424,  and they’ll be happy to make sure you get signed-up for either or both programs.