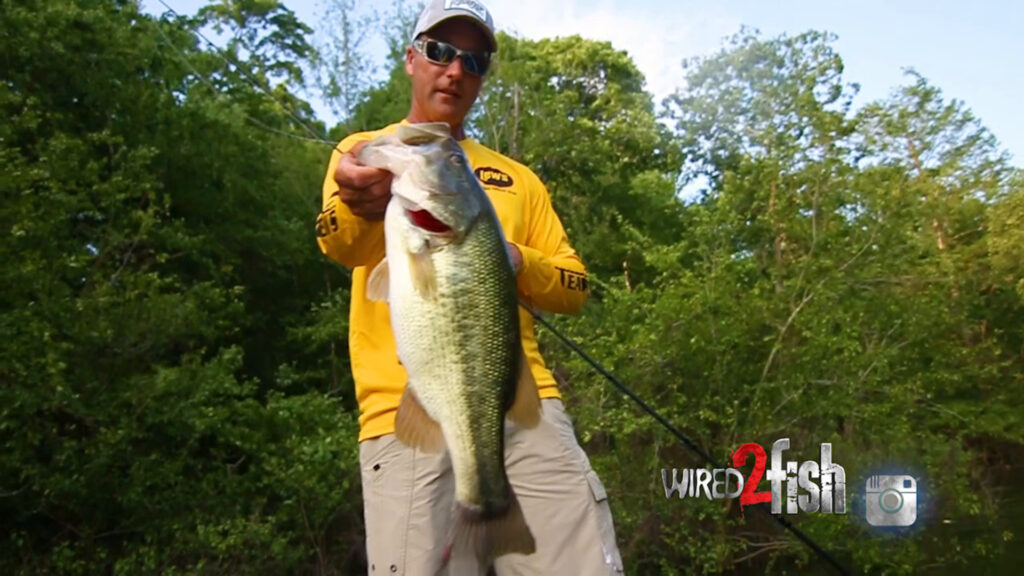 Flipping and pitching flooded cover can be some of the most fun you can have bass fishing. It’s up close and personal and the fights can be thrilling when you have a big fish running you through heavy cover. But it can be a daunting task with so many likely fish-holding spots to try to hit in a day of fishing.

FLW Tour pro Terry Bolton has caught a bunch of bass fllipping and pitching to flooded cover this year with me and on tour, and in this video, he discusses how he follows the fish in rising water and where he looks for them in relation to other flooded cover. He talks his setups, how he targets flooded bushes and how the fish will progress through the cover as the water rises and falls.

This video has a lot of good information to reduce the daunting nature of trying to breakdown acres of flooded cover in a relatively short amount of time. And a bunch of nice largemouth bass catches to back up the illustrations he’s making.

Tackle used in this video: