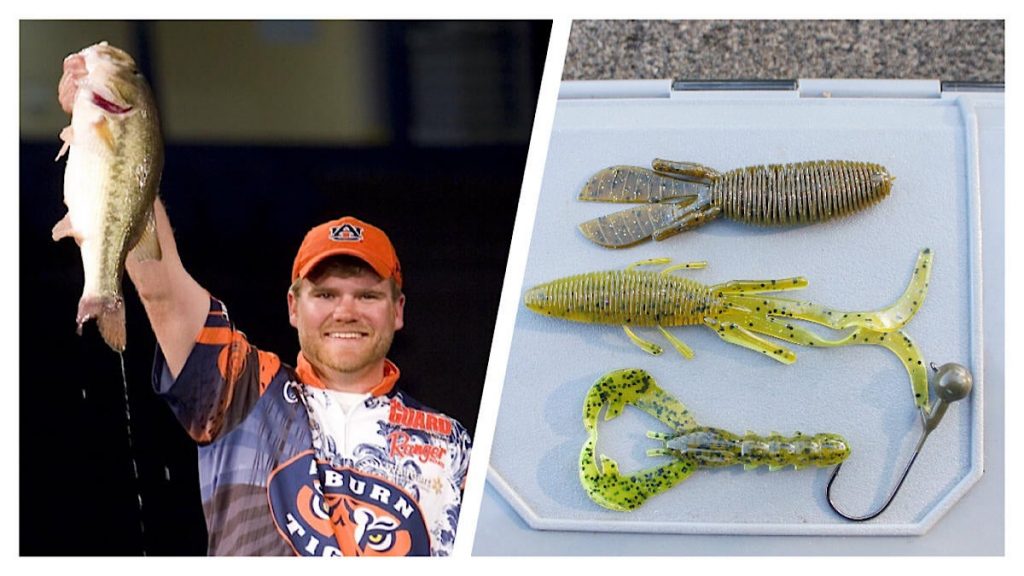 A shaky head has long been linked to a straight-tailed finesse worm. Something like a Zoom Trick Worm on a 3/16-ounce jighead is likely the first mental image that comes to mind for most anglers when they hear the term. And that basic setup earned its spot atop most anglers’ minds by tricking hundreds of thousands, if not millions, of bass by now.

But a shaky head doesn’t have to be that simplistic to work. There are dozens of soft-plastic baits that can be fished and fished well on a small jighead. Here are three odd baits for a shaky head that are also proven fish catchers. 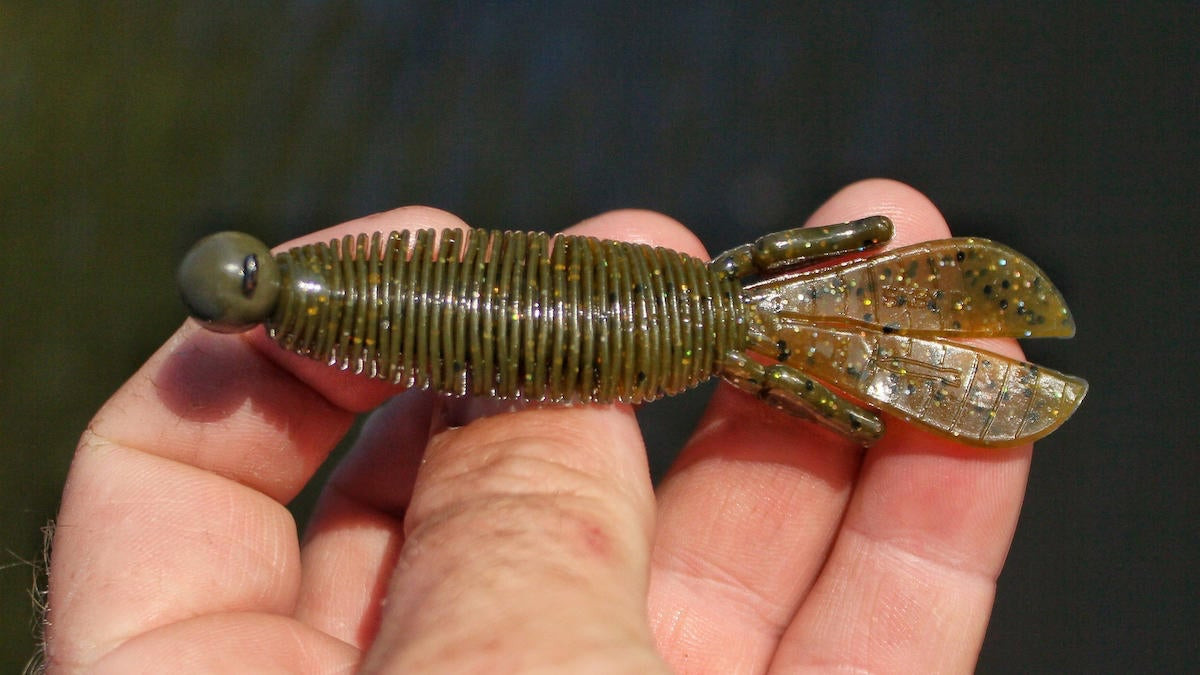 The overwhelming popularity of the Reaction Innovations Beaver in the early 2000s spawned a whole new genre of creature baits. As different companies sought to reinvent and modify the wheel, all sorts of variations of this new “Beaver-style” bait came to be. One of the most popular twists was the downsized version.

In 2011, my college fishing teammate and two-time Bassmaster Classic winner Jordan Lee and I used NetBait’s Mini B Bug, a 3-inch member of the aforementioned genre, to finish 3rd in the FLW College Fishing National Championship. The conditions were brutally cold throughout practice and the fishing was tough as a flooded Kentucky Lake fell back towards winter pool leading up to the event. The tournament was set in late April and the fish were trying to make their way back into the large bays to spawn by the time the event began.

We found a group of fish along a textbook 45-degree bank headed back into one of these bays. Though we tried to force feed the fish a finesse jig, the bites were few and far between. Working off something I’d picked up from pro angler and former local club member Greg Vinson (sorry for all the name dropping, just trying to tell a story here and this is how it went), we eventually found that a 1/4-ounce shaky head rigged with the Mini B Bug produced a half-dozen bites to the one we were getting every now and then on the jig.

We even tried rigging the Mini B Bug as a trailer on the finesse jig, hoping the jig with a beefier hook would work since some of the fish in the school were in the 5- to 6- pound range, but the lone soft plastic on the shaky head prevailed over the flared out skirt and the heavier weight of the finesse jig.

The Mini B Bug has been discontinued since then, but the Smallie Beaver from Reaction Innovations does the same thing as well as other baits in that category like the Missile Baits Baby D Bomb and the Strike King Baby Rodent. 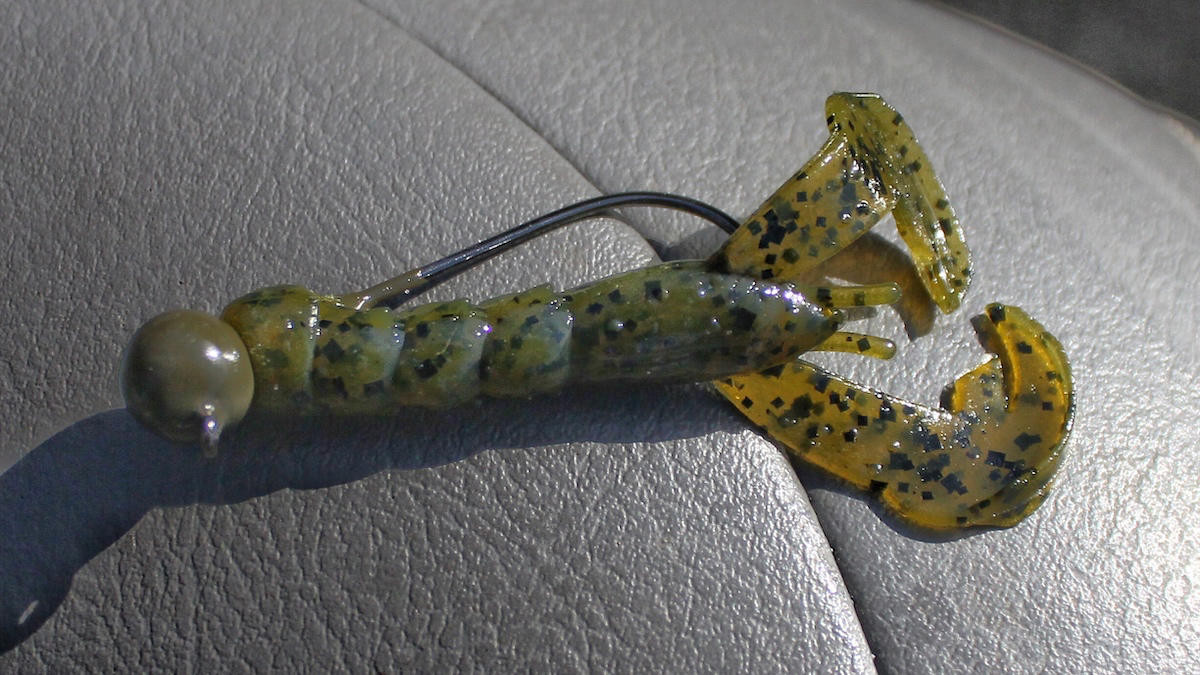 Another great bait to rig on a shaky head, the Strike King Baby Rage Craw works exceptionally well in the spring. Numerous times while fishing for bedding fish, my father and I have found that when all else fails, this little craw imitator on a shaky head usually doesn’t. So why not start with that right away? I get that, but typically we try to start with something that has a beefier hook. When that fails, this little rig is the go to.

I’ve mentioned both the prespawn and the spawn with these first two baits, but both work well in the winter as well. As the water temps start to drop, fish will shift some of their focus from shad to crawfish as they become more lethargic and less willing to chase the evasive baitfish. The slower moving, easier-to-pin-down crawfish offer the best bang for their buck’s worth of energy exertion.

The Baby Rage Craw rigged on a shaky head gives a great alternative again to a finesse jig, football jig or casting jig rigged with a similar-style trailer. In clear-water scenarios in particular, the soft-plastic lure rigged alone bares a more striking resemblance to the prey it’s meant to imitate and has a smaller presence than the same bait rigged as a trailer on a jig with a fanned-out skirt. So if you ever find yourself in a situation where the fish are nipping at a jig and not getting it, try swapping over to a soft-plastic craw on a shaky head instead. 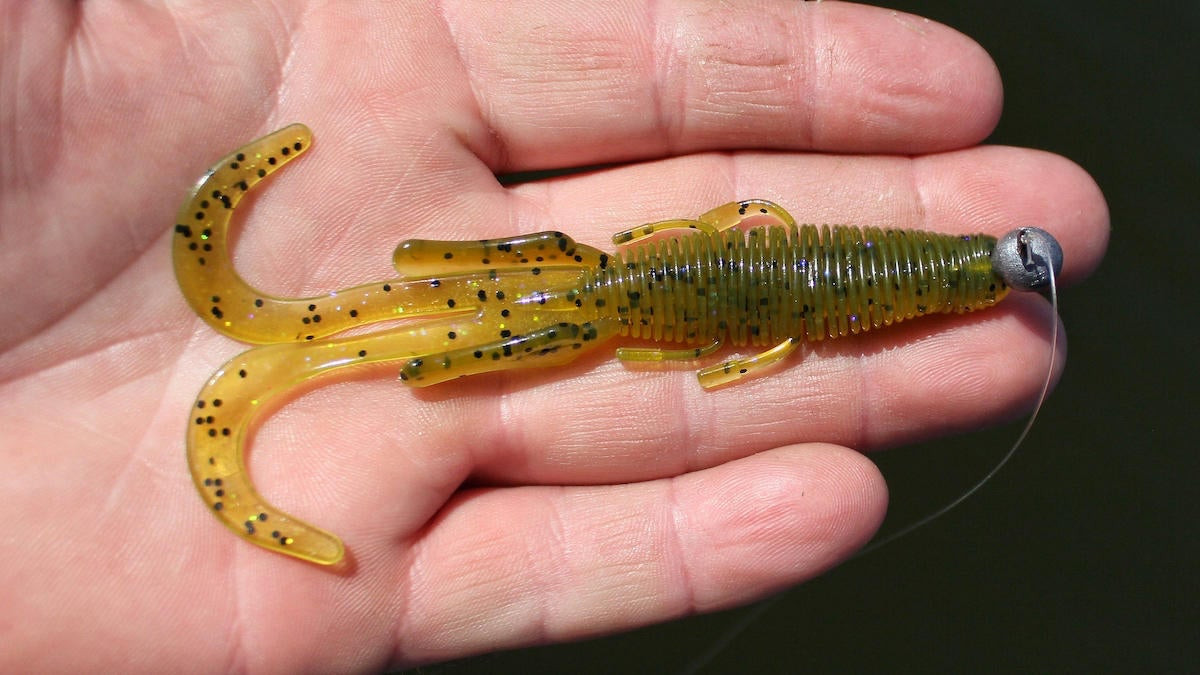 A little longer than the two previous baits, the Baby D Stroyer offers a nice blend between a worm and a creature bait or “Beaver-style” bait and is another great bait to rig on a shaky head. Where I’ll usually use the Tiny Rage Craw and Mini B Bug around rock, gravel or bluffs, I like to throw the Baby D Stroyer more around cover.

This bait will also work around rock, but that’s where the other two baits excel so I’ll usually go with one of those on a finicky bite where the bait is out in the open more. I like the longer Baby D Stroyer when fishing around submerged vegetation, laydowns and brush. And in situations where the water has a little less visibility.

The longer 5-inch bait gives you a bit more for the fish to find both in the stained water and when the bait is coming through cover. If you use a smaller, 3-inch bait like the two previously mentioned lures, they can get lost more easily in the cover. I also like this bait more around cover because of its two ribbon-like appendages that create a nice flowing action as you drag the bait over cover and allow it to fall to the bottom again. 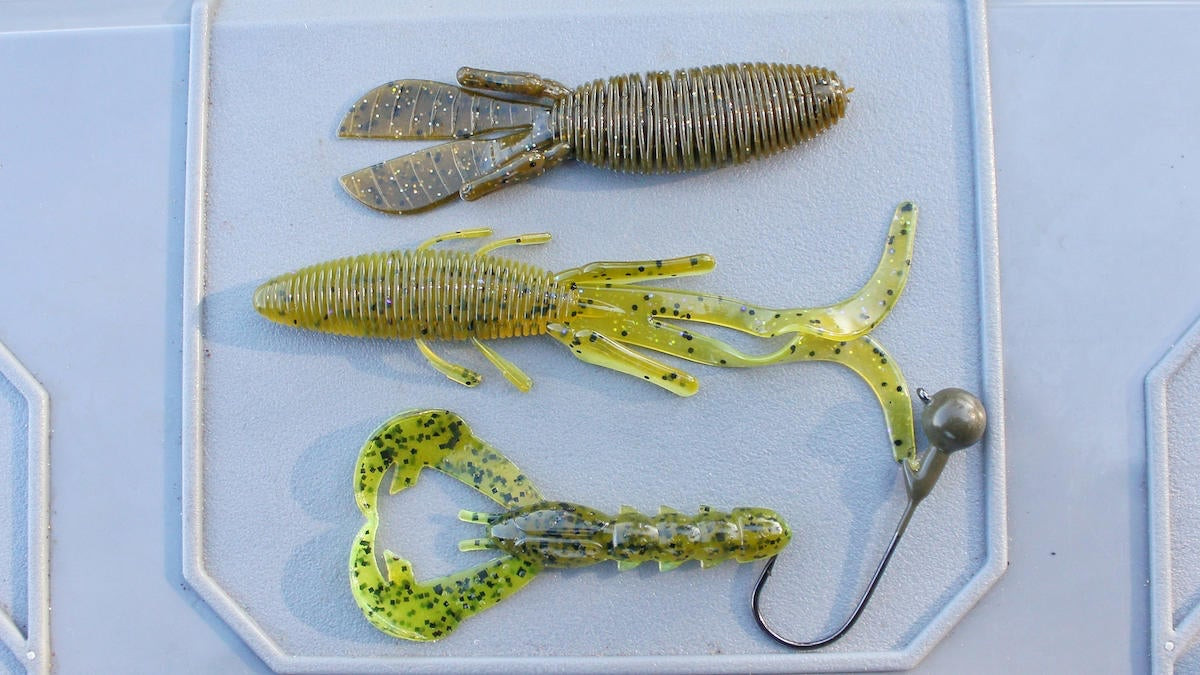 For all three of these baits I use the same jighead, the Strike King Tour Grade Shaky Head in either 1/4- or 3/16- ounce. This jighead has a stout hook and that’s the main reason I choose it. I prefer to fish all three of these baits on a shaky head with a 7-foot medium-heavy baitcaster when I can. Moving from a straight worm to one of these three baits is a bit of a step up towards power fishing in my mind and I’m usually targeting bigger fish around some sort of cover.

In the instances where I’m out in the open in really clear water, I will back down to lighter line and a spinning reel. With the baitcaster, I’ll use anything from 12-pound test Seaguar InvizX all the way up to 17-pound test. With the spinning reel I’ll back down to a 15-pound Sufix 832 Braid main line with an 8- or 10-pound fluoro leader. I’ll favor the 1/4-ounce shaky head in most instances, going to the 3/16-ounce if I’m fishing around submerged vegetation so the bait doesn’t bog down in the grass as much or if I move to the spinning reel.

Whether you like fishing a shaky head or not, you should try one of these three baits on one soon. For those who do like to finesse fish, you’ll find that these baits broaden a shaky head’s capabilities over the basic finesse worm. If you don’t like to fish a shaky head, give one of these baits a chance on a baitcaster and you’ll find that there’s a nice blend between power and finesse that brings more fish to the boat. Either way, it’s worth a shot.