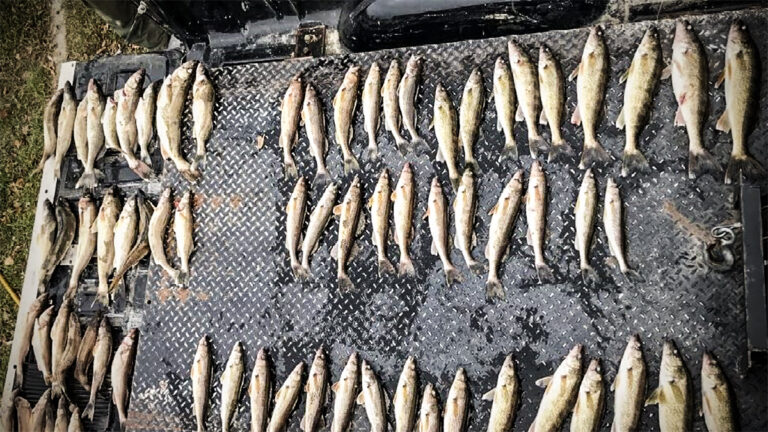 As officer Corey Sura with the Minnesota Department of Natural Resources was checking boats at a Lake of the Woods boat ramp this past weekend, he came into contact with three men. 22-year-old Michael Sysa, 23-year-old David Sysa and 29-year old Yevgeniy Simonovich were waiting to back a boat into the water at the Wheelers Point public boat access on the Rainy River. Officer Sura checked the boat’s livewells and found the anglers to be two fish over the legal limit with 26 walleyes and saugers with a lone perch included.

Sura also asked Michael Sysa if there we any coolers or fish in the bed of their pickup truck and was reportedly told “no”.

Upon receiving permission to search the back of the truck, Officer Sura discovered two coolers and immediately heard flopping noises coming from inside of them. One of the cooler was 3/4 full of walleye and sauger and there was also a second cooler that was full of fish that were caught the day before.

According to the report, there were 6 walleyes and 10 saugers in the first cooler. In the second cooler, the officer found 17 walleye and 13 sauger. When added to the 26 fish that were initially found in the livewell, the total came to 72 fish. All of the fish were confiscated and did not go to waste. They were donated to the Warroad Senior Living Center.

The three men were charged and cited. A fourth individual, a juvenile, was given a written warning.