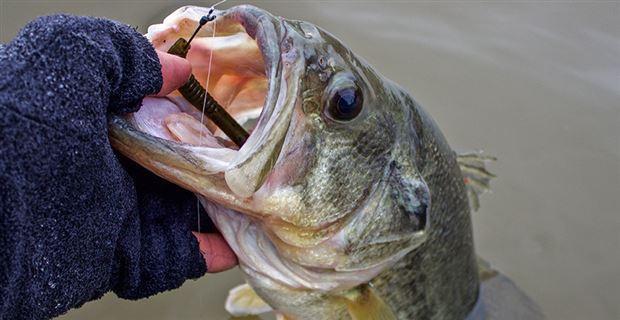 Most anglers were slow to adapt to drop shots when they were first introduced. As more top finishes were notched by anglers employing the technique, however, public acceptance also increased. Now, you’d be hard pressed to find an avid bass angler without a drop shot rig handy.

As more folks became skilled with a drop shot, professional anglers began experimenting with the rig to make it more efficient. Elite Series pro Terry Scroggins has found one such experiment that works for him: He ties his 1/0 Gamakatsu Drop Shot Hook with a snell knot.

Benefits of snelling a drop shot 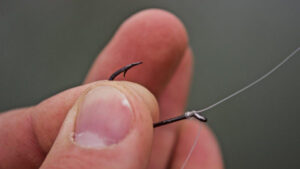 Scroggins is a longtime user of snell knots when punching thick grass mats, as he believes they increase his hookup ratio. This power-fishing success led him to experiment with this knot for drop shotting, too.

“A snell knot has a great cam action with a bullet weight,” Scroggins said. “The more I thought about it, the more I figured a snell should work perfectly for a drop shot. Any time you apply pressure to the line it causes your hook to kick upward, which is exactly how you want your hook to sit on a drop shot.”

By design, a drop shot rig has constant pressure on the hook via the weight pulling from beneath and the angler pulling the main line from above. With pressure being applied from the bottom and top, a snelled drop shot hook stands out perfectly to compliment your lure.

“It gives the bait a more lifelike presentation,” Scroggins said. “There are several knots you can tie that’ll work fine for a drop shot, but a snell distinctly makes your hook and lure parallel to the bottom. I spend a lot of time experimenting with different baits, knots and modifications in my backyard pool. After seeing how freely a lure moved and behaved on a snelled drop shot, I was sold.”

While an angler can use a snell knot to tie a drop shot in any scenario, Scroggins especially prefers its action when fishing vertically because it allows for a perfectly horizontal presentation. Not to mention, every subtle quiver of the rod breathes life into the bait.

How to snell a drop shot

There are several ways to tie a snell knot. For this application, Scroggins uses the Uni Knot variation; creating a loop and wrapping the tag end around the main line and hook shaft.

After you’ve practiced the process a few times, you can add Scroggins’ trick to your repertoire. You’ll give your drop shot a different look which may result in a few more bites on your next trip to the lake.