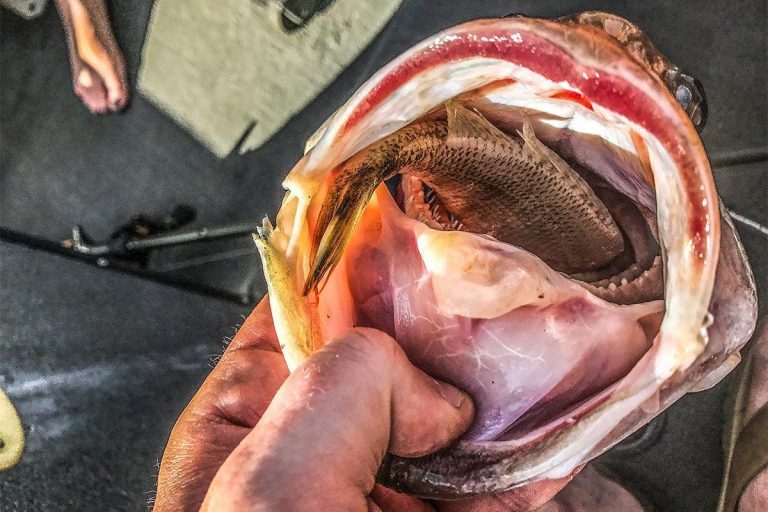 Watching the NFL draft a few weeks ago got my wheels spinning. The analysts were constantly explaining the physical and mental charactaristics that made each player draftable at their respective positions. For instance, they were looking for intelligent, quick decision-makers for quarterbacks and were leaning heavily towards muscular, more aggressive players for linebacker positions.

So this got me thinking: If we had a draft for potential trophy bass, what characteristics would we look for? I went straight to fisheries biologist Steven Bardin to pick his brain and learn what traits a bass might need to reach double-digit status.

It was a fascinating conversation, so I wanted so share what I learned with everyone.

What not to look for

Because each bass has several attributes that make it more successful in its own, specific environment, we wanted to quickly identify what we shouldn’t be paying attention to. Just like you wouldn’t want to draft a college football player who only plays well in indoor stadiums, we needed to rule out a few things in regards to growing a trophy-sized bass.

“We’d be looking for traits that make bass thrive universally across all environments, so that immediately takes a few things out of the equation,” Bardin said. “Color, or modeling of skin changes based on water clarity and are more important in thick vegetation where more camouflage is needed. So there’s no need to consider that.

“Secondly, I think we can rule out lateral line sensitivity. Bass learn to become much more dependent on their lateral lines in turbid water, just like they rely more on their own eyesight in clearer conditions.” 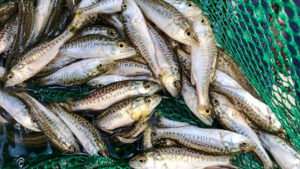 According to Bardin, the most important characteristic for a future double-digit bass is its gender. We can thank something called “sexual dimorphism” for that.

“When we’re talking largemouth bass, the females have a larger overall maximum size,” Bardin said. “Males will rarely exceed five pounds and essentially have no chance of reaching the double-digit weight class. Approximately half of all largemouth are born male, so that takes a large chunk of the population out of the conversation.” 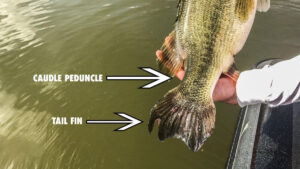 As bass anglers, we’re often most concerned with mouth size and belly size. It makes a lot of sense, because those are the two traits most commonly displayed in the photos we show our buddies and post to social media. When it comes to trophy potential, however, we might need to set our sights elsewhere.

“All bass grow based solely on what they consume,” Bardin said. “So any trait that would ensure more efficient feeding would be highly advantageous. That’s where the tail size comes into play. The ability to quickly accelerate is imperative when a bass is capturing forage, regardless of the species. While it’s pretty tough to quantify on individual fish, you could hypothesize that a muscual caudle peduncleâ€”where the tail fin meets the bodyâ€”and a broad tail fin would result in greater propulsion, which of course, will equate to greater acceleration and more abundant feeding opportunities.”

So what about the mouth? According to Bardin, a bass with a larger jaw that extends to a greater gap compared to another bass with similar overall size and a smaller jaw, the specimen with the larger jaw should be able to consumer larger food items, which should mean quicker growth.

Similar to humans, each individual bass has a different metabolism. It’s controlled somewhat by water temperature because they’re ectothermic, but much of it is left up to Mother Nature.

“If a bass has a slower metabolism, it will gain weight more easily than a fish with a higher metabolic rate as long as the food item was rich in nutrition,” Bardin said. “So if an individual fish can accelerate quickly to capture forage more efficiently, has a large mouth with which to eat larger prey and its metabolism is slower, it will grow at a much more impressive rate than similar-sized fish without those traits.”

The aggression of a bass seems like a no-brainer to consider when talking about potential trophy caliber, but it’s actually a double-edged sword. It can really work in their favor, but it can also get them in a lot of trouble.

“Aggressiveness certainly comes to mind, but we have to consider both sides of the coin,” Bardin said. “If a bass is more aggressive than others in its environment, it will certainly capture more forage and feed more frequently, which will certainly work in its favor. But on the other hand, this same fish also expands a great deal of energy pursuing prey and it also has a much higher chance of being captured by anglers.”

Essentially, a more aggressive bass has a high ceiling, but there’s also a lot of risk associated with its voracious feeding habits. A trophy-caliber bass needs a long lifespan. If the average bass lives 10 to 15 years with an average growth rate of .5 to 1 pound per year, it becomes obvious that those fish exceeding the average lifespan are much more likely to surpass that heralded 10-pound mark.

You may have rolled your eyes when we mentioned luck, but it’s completely true. Just like any other trophy-sized animal, there are seemingly countless factors that must go right in order for a bass to reach its full potential. When you really think about it, the cards are stacked against them.

“To reach double-digit status, a bass definitely needs Lady Luck on its side,” Bardin said. “It has to be born a female, which immediately eliminates 50 percent of the population. It has to survive as a fry (less than 1 percent reach adulthood), live in an environment flush with forage and very consistent water quality, avoid fishing pressure and have limited exposure to predatory threats throughout its entire life.”

It might seem like a lot has to go right in order for a bass to grow into a trophy, but that’s exactly why they’re so rare. If they were easy to find and catch, we’d probably find another species to pursue. After all, that’s what keeps us coming back for moreâ€”the challenge and the improbable odds.