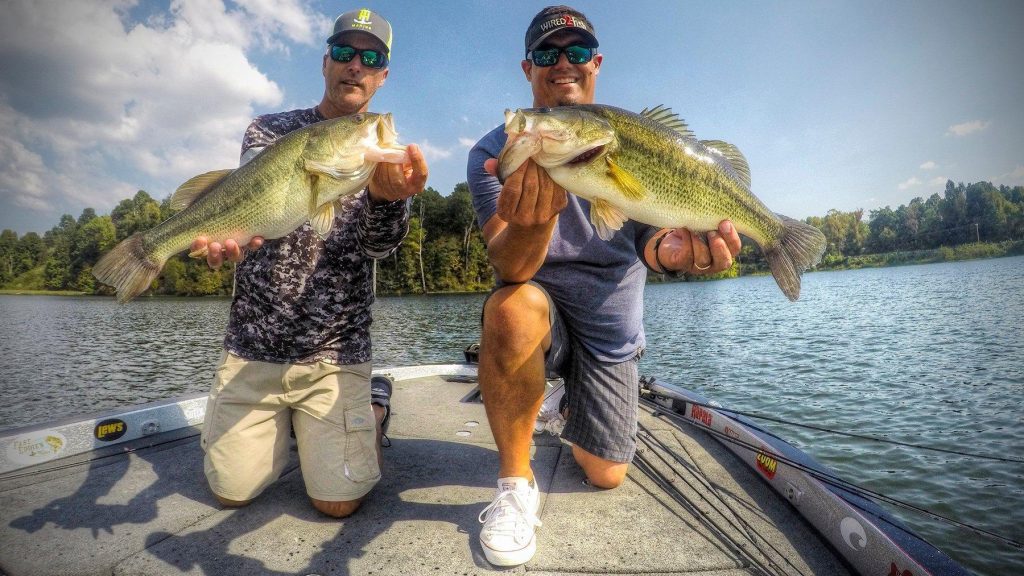 In part one of this VLOG, Wired2fish Publisher Jason Sealock and FLW Tour pro Terry Bolton try to quickly establish what the bass are doing while fishing on a small lake they only fish once a year. Having not seen the lake in more than a year, the make some assumptions based on water clarity and season.

Some of their preconceived notions end up being correct and some others surprisingly didn’t produce because of the mood of the bass and the forage on which they were feeding.

They move from shady areas to sunny areas, shallow water to deep water and back to shallow water. Surprisingly the shallow sunny water was the most productive in the morning with swimbaits, jerkbaits, shallow crankbaits and even spinnerbaits.

Some big fish catches and near misses in this one and a lot more in Part 2 next week as they continue the shallow patterns and mix in more deep slower presentations later in the day.

Baits used in this video: