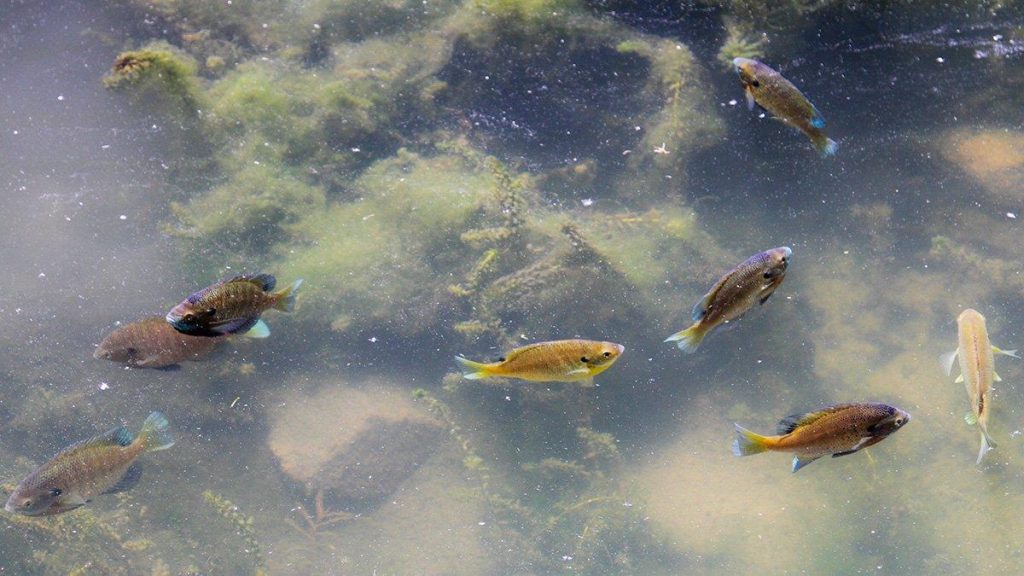 It is bass fishing’s most perplexing scenario – the tidal fishery. Why? Because daily ebb and flow takes all that we know about green fish behavior, tosses it into the air and chuckles as the pieces seemingly land in utter disarray.

From the Potomac, to the James, to the Red and out to the California Delta’s numerous arteries, rising and falling water creates the ultimate hero/zero dice game.

Think “window of opportunity” and then ask these two questions:

1. When will conditions be right for fish to eat?

2. Where will that scenario occur?

Now, if any of us could consistently answer those questions, we’d have to add a new room to house our tournament trophies. Numerous factors – weather and boat traffic, for example – also impact the deal; nevertheless, that “window” allusion holds true.

We can’t cover an entire year of variables here, but a handful of tidal principles will help guide your planning and execution. 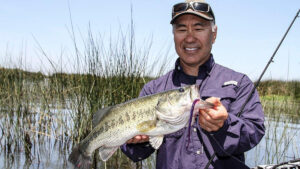 Sounds basic, but understanding the day’s hydrology stands essential, as this schedule forms the basis for all those “when” and “where” ponderings. Tide apps or your electronics can show you the flow, but nature also offers clues.

Just like beach debris, high water deposits flotsam and vegetation on shorelines. That could be grass and dead tules on the Cal Delta or it could be random rafts of wood and trash on a Potomac shore. Where the water stands in relation to that line tells you the approximate tide stage.

Note the direction and angle of submerged vegetation.

Floating wood hugs the vegetation on rising water and skirts it when the water falls. Know that this additional structure paints a big red X on grass lines, spatterdock and the like. It’s certainly not the only place to catch a fish, but definitely worth your attention. 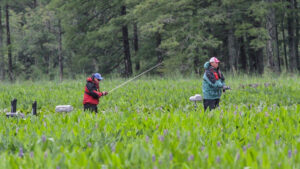 To tidal bass neophytes, it might seem that tide changes completely scatter the fish; but randomness is not the assumption. If you simply think of what conditions the fish favor (water temperature, clarity, even bait) and realize that this happy zone will exist through much of the tide, you’ll grasp the notion of moving with the water.

Example: On a recent trip to the Potomac River, I joined Capt. Steve Chaconas and FLW Tour Pro Dave Lefebre for a day of prospecting in Piscataway Creek. One of primary targets was shallow spatterdock beds. Arriving on high outgoing water, Chaconas and Lefebre pitched a black and blue jig and a Texas-rigged Yamamoto Twin Tail Grub far back in to the flooded pockets and lanes – the same kinda stuff that welcomes a weightless Senko.

Both anglers caught “inside” fish, but once the water dropped to mere inches within the pads, switching to chatterbaits and light spinnerbaits along the edges kept the party rocking. Notably, Lefebre nabbed a 4-pounder literally right on the edge of the spatterdock as the tide neared its low.

As Chaconas explained, rising water is like an usher leading patrons into the theater. Conversely, when the show’s over – that would be a falling tide – the usher’s going to be very clear with the “Everybody Out” command.

With submerged grasses, the incoming tide loosens up the stalks and allows for lots of movement. However, when the water drains, that grass compresses and literally squeezes out any late movers.

Another point comes from FLW Tour pro and Cal Delta veteran Jimmy Reese: “When you’re throwing a frog, you have to look for that magic depth. Let’s say it’s three feet. Well, that depth could be 10-15 feet out from the tules, according to the tide, or it could be back inside the tules.

“That’s always the thing you have to figure out. You have to find where that magic depth is and then just follow it.”

Same logic holds for flipping or punching dense vegetation. Those fish that required every inch of your reach in the morning might be sitting within a couple feet of the mat’s perimeter by lunch time. 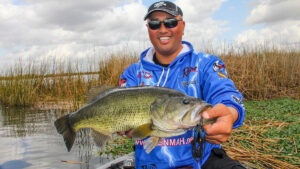 At times, the principle of rise and fall swings to one extreme or the other and anglers find themselves with relatively brief periods of opportunity – and concern. Examples:

During the Rayovac FLW Series Northern Division Event on the James River, a full moon cycle produced super high tides on waters already swollen by recent heavy rains. On top of that, a northeast wind impeded the outgoing tide, so the water stayed crazy high for most of the event.

Canadian pro Cory Johnston won the event, largely because he realized the fish in the spatterdock fields he was fishing had pushed way back in – farther than they’d normally reach. Flipping the shallow interior of the pads with a black and blue Punisher jig with a Zoom Super Chunk delivered the winning weight.

Conversely, Bassmaster Elite Series pro and Western stick Chris Zaldain offers his advice on the “minus” lows that occur when the full moon pulls the outgoing water well below mean low tide (the area’s average low). On the upside, the drained water shows you a lot of natural and manmade (i.e. dumped, wrecked, discarded) structure that you’ll want to mark for your high water return.

The buzz kill – all those hard things that lie just under the drastically lowered surface. Word to the wise: If you go exploring during extreme low tide, do so with extremely high caution.

Flipping back to extreme highs for a moment, Zaldain warns against allowing the glee of a full moon’s unusually strong incoming water lure you too deeply into the rarely flooded pockets or sloughs. Tarry too long and you might find the exit reduced to mud. (Don’t worry, mosquitoes and horse flies will keep you company.) 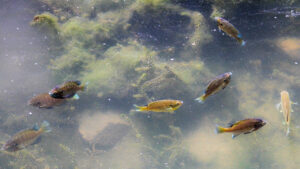 SHOULD I STAY OR SHOULD I GO?

Okay, so you dial in the exact period of tidal productivity and you identify the specific habitat in which the fish are snapping. You can count on two things: First, the tide’s advancement will soon close that window of opportunity. But secondly, another one of similar form will open elsewhere, as the tide reaches that ideal stage further along its course.

Pursuing this principle is called “running the tide” – essentially, moving up or down the tidal range to continue fishing the same stage in the same habitat. Experienced anglers keen at timing such repetitive moves often stay consistent through much of the day.

However, this isn’t always the best option. For some, picking a promising area and working it through all stages of the tide makes more sense.

Whatever your decision, remember that no bait in your box will matter as much as your powers of observation and ability to adjust with the water.