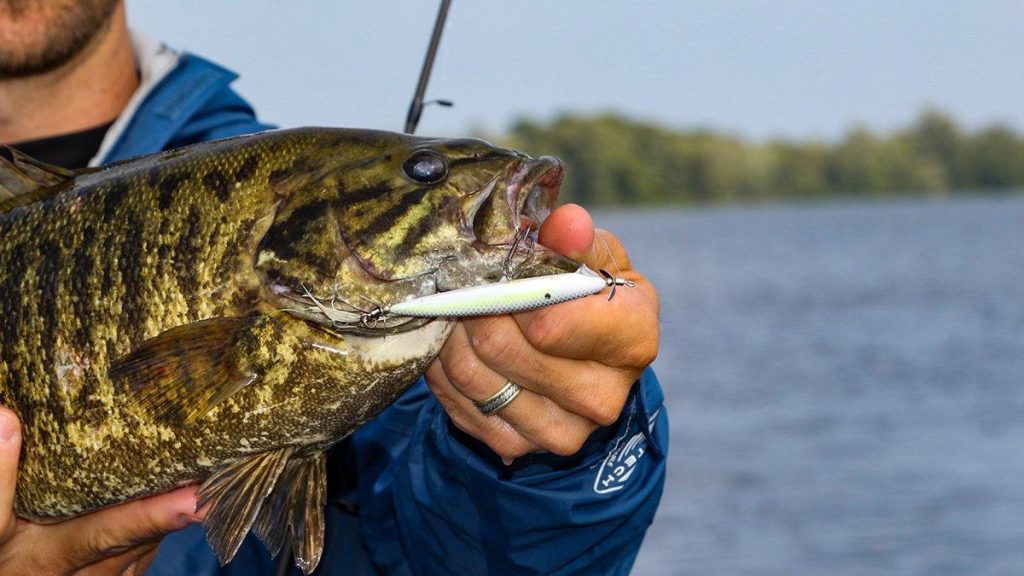 When fall finds bass working overtime to fill their bellies ahead of the forthcoming winter lean season, locating fish typically means following the food. That principle holds true pretty much wherever you go, but as professional angler John Crews points out, the plan’s particulars depend on where you’re fishing.

“In a manmade lake, there tends to be two deals: open water baitfish schooling in the deep water of the lower end and the upriver, stained water where the fish are more target-oriented and you fish for them with crankbaits, spinnerbaits, topwaters and flipping,” Crews said. “Most natural lakes usually have some type of grass, whether it’s in the northern or southern U.S., so you want to focus on the shoals where the grass grows.”

Fellow professional angler Russ Lane agrees that the grass is usually where it’s at for largemouth hunting shad or smallmouth stalking the yellow perch that move into the grass for their own fall gorging. That being said, stay frosty and keep a spinnerbait, topwater or swimbait handy for targets of opportunity.

Case in point, during a recent outing, Lane was plucking natural lake largemouth from the edges of shoal-top grass bed when we heard the telltale hysteria that shad make when they find themselves on the lunch menu. Dropping the Big Bite Baits Yo Mama flipping rig, Lane picked up a Buckeye Lures Double Willow Spinnerbait and in short order a couple of fired-up schoolers were smiling for the camera.

“In these big grass beds with lots of isolated clumps, the wind blows bait through those cuts between the grass,” Lane said of the ever-present schooling potential.

Crews offers this perspective: While natural lake fish are more likely to elbow up to the grass for their fall feasting, the entire body of water somewhat parallels that deeper lower end of a manmade reservoir, in that schoolers could pop up just about anywhere, at anytime. 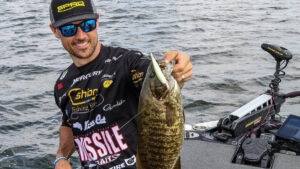 “On most natural lakes in the fall, early mornings are calm, so just ride the lake and look for the action,” Crews said. “Birds, bait schooling and fish busting are what you’re looking for.”

To narrow down the starting points, Lane suggests a little map recon to identify the subtle indentions and small half-moon bays. These areas typically hold more sand and will, therefore, host the most consistent grass growth.

Crews notes the importance of that early recon: “Calm conditions are, obviously, best for finding fish; but windy conditions are best for catching them.

“It’s nice to have a calm morning so you can find them, because it will often get windy in the afternoon. But, if you find the section of the lake where the fish are, they’re going to they’re going to be in that area throughout the fall.” 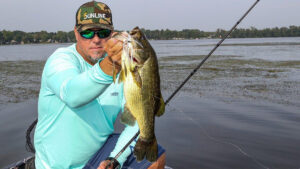 Lane offers this closing thought on adjusting with fall winds.

“You have to judge the prevailing winds in terms of where it pushes bait schools, but you also have to pay attention to how long and how hard it blows,” he said. “You may get the perfect amount of wind that really ignites the bite, but after a few days, it becomes too much, then you need to look for leeward areas.

“Anytime something gets bad, something else gets good. Anytime I’m not getting bites in the fall, I know it’s usually just a matter of finding an area that has the right amount of wind on it.”