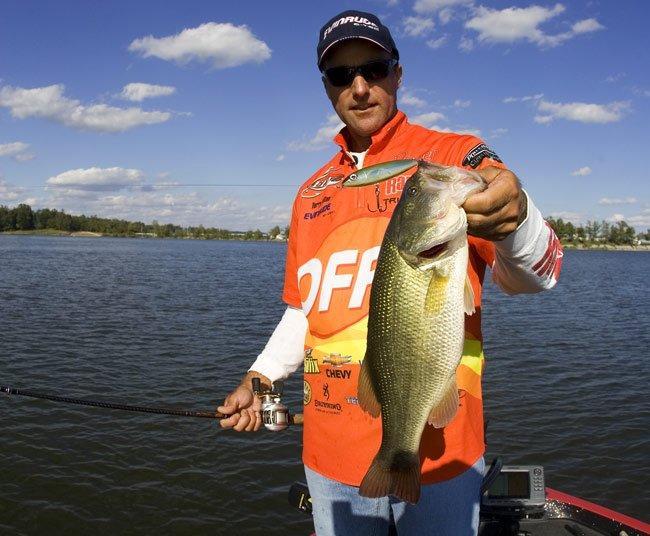 Bass fishing seems to change faster than we as anglers want to change. About the time we figure out what the fish are doing, where they are feeding, and what baits they prefer, it all changes. And then it’s time to start figuring out the puzzle again. Fall is certainly no exception.

As the water cools, the water elevations on a lot a fisheries start to draw down and the light period each day shortens, the fish are on high alert that the summer of fun is coming to an end. Soon the anxiousness to chase down a minnow from 50 feet away won’t seem so appealing as their metabolisms slow in cold water.

But the best part of fall fishing is that the bass know it’s time to stock up and fill their gullets. They chase shad and other forage like wild banshees and get very competitive in certain feeding zones. That competitive nature, always makes bass fishing a lot easier. And a lot more fun when they get competitive about topwater lures.

Lots of anglers throw topwaters because they are a lot of fun to fish for bass. What a lot of anglers don’t realize is that they are extremely good weapons for catching bigger bass in the fall. Whether you’re fishing over dying grass, on flats in the backs of bays or points leading to and from their summer and wintering areas, a topwater lure can really make a difference.

Terry Bolton has won a lot of fall tournaments and caught a lot of big stringers in the fall fishing on lakes all over the country. He loves to just run water with a walking topwater like the Rapala X-Rap Walk or the Rapala Skitterwalk and hit a lot of places where he feels the fish are feeding in a day.

“It’s really about covering water in the fall,” Bolton said. “You’ve been fishing schools on small spots all summer, and now those schools are running and gunning, foraging for shad in the shallows. I’ll still fish for schooling fish when I come across them. But I won’t specifically target them because they can hurt your feelings in a tournament.” 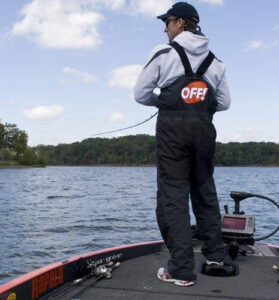 Instead, Bolton will run as many good looking places for a big bass to ambush prey as he can in one day. He likes to run points and flats in the bays and as he starts to pattern the fish on certain banks, he can then replicate that on many other banks, bays and pockets. Maybe the fish like the banks with fine gravel. Maybe they like the banks with bigger rocks on them, or a few scattered stumps. But it’s something he can spend all day doing and not run out of water.

“I love fishing topwaters in the fall and fishing shallow, because you can move around a lot and not have to worry about someone sitting on a specific spot you want to fish,” he said. “If someone is on the spot you wanted to fish, you just move to the next point or flat and keep fishing. There is just a lot more options to move around.”

Bolton keeps his tackle simple. He likes a shorter rod for snapping a walking bait easily with short wrist snaps and reel turns. His rod of choice is the 6-foot, 6-inch Denali Rosewood MH 783WJ. He uses a good 15- to 17-pound monofilament line like Sufix Tritanium monofilament. He uses a Revo Premier for long casts and quick line retrieval on striking bass.

After that he starts looking for areas on a map that offer multiple feeding flats and begins working his topwater at a pretty quick pace.

“I generally work the topwater fast,” Bolton said. “The fish are pretty aggressive and competitive. As the water cools more and starts approaching that 55 degree mark, I’ll slow down.”

As he mentioned, 55 degrees is the time when he’ll start putting the topwater down and focusing more on other techniques. But from the time the water starts cooling at the end of the summer all the way to the 55 degree water temps, often a 30 degree or more span, he keeps a topwater or several on the deck.

He prefers a walking bait over most other topwater baits for this time of year. A buzzbait is probably a closer second as the water cools further into the fall. But he focuses on those continuously moving walkers and buzzers as opposed to prop baits and poppers for a reason.

“I think a popper and prop bait are great lures for targeting bass on a specific spot or piece of cover,” Bolton said. “In the spring when the bass are locked on pieces of cover before, during and after the spawn, those baits are perfect. But in the fall it seems the bass are roaming a lot more and swimming around chasing shad more, so I want a bait that covers a lot of water.”

One thing Bolton commented on was the need to make lots of casts. If he’s fishing a point that has the right look and potential, he might make casts to one side, then across the top, then down the top then down the other side and then turn the boat and do it again. He proved it to us recently on the water catching several bass in multiple passes on small flat midway back in a bay. This also applies to when he sees something like an isolated patch of grass, stump or piece of brush.

The bass aren’t sitting in one spot. They are constantly moving and you’ve got to give yourself as many opportunities to intersect with them as possible. And there are times when the bass are merely inches off the back. And other times they are 20 or 30 yards off the bank. So he’ll work a topwater back as far as he thinks he’s in the zone.

Bolton likes the flats in the fall. The fish are easier to target because the water column is limited and they can see the topwater bait well without being way out of the strike zone like they are on deeper points. For that reason he also likes an all white lure or a good shad profile that the fish can see and silhouette from a distance.

Beyond the color, he’ll modify his topwater walkers by adding a feather to the rear treble, adding larger better than stock hooks if the bait allows, and even on occasion he’ll drill a walking bait, add some split shot and reseal the bait to give it more noise and sound a little different than his stock baits if he feels fish are conditioned on a fishery.

The larger hooks give him better hookups with swiping bass, but anglers need to play with this. Some baits if you add hooks that are too big, you kill the action of the bait. And if the hook shanks are too long the hooks could keep snagging on each other. So play with short shank round bend trebles, in larger sizes and test the baits to make sure they fish effectively.

Bolton recounted numerous bass fishing trips where a topwater not only caught his biggest bass in fall tournaments but caught the most weight in several tournaments. They are effective from spring through fall, but this season may actually be the best time to catch a big bass on a top. 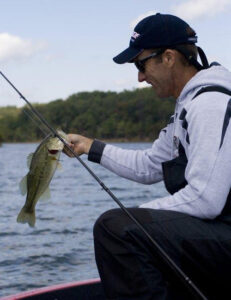