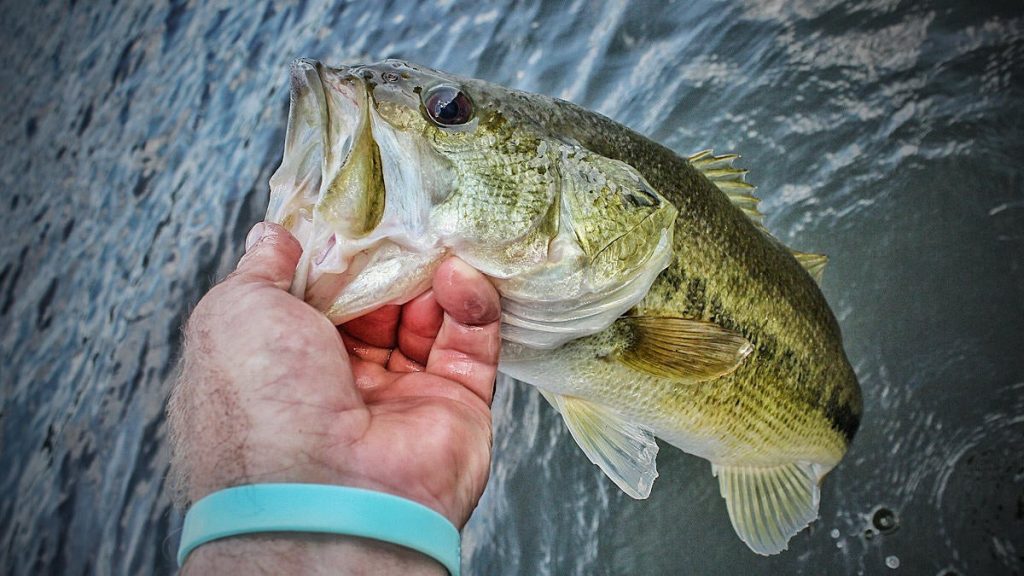 Fall bass fishing can be tough. It’s a simple statement but a timeless one as well. Every year it seems the fall comes with a few good fishing trips and several fairly lean ones. Whether it’s the dreaded fall turnover that makes things difficult or the overabundance of shallow bait that soon overshadows any artificial lure you can offer… fall fishing can certainly be feast or famine.

Fishing with smaller bass fishing baits is one way to almost always increase your odds in the fall, especially on fisheries where threadfin shad are the primary forage for bass.

Even on fisheries like Lake Guntersville, however, where threadfin thrive but also have a huge bluegill population and giant gizzard shad abound as well, there’s nothing quite as effective three at times as a 1/4-ounce or even smaller buzzbait in the fall. A black one in particular, proving it has less to do with imitating a threadfin shad as it does this focus of downsizing.

So today, we’re going to look at four specific baits you can downsize in the fall to make the most of the tough days and really put the exclamation point on those few good days by making them great. 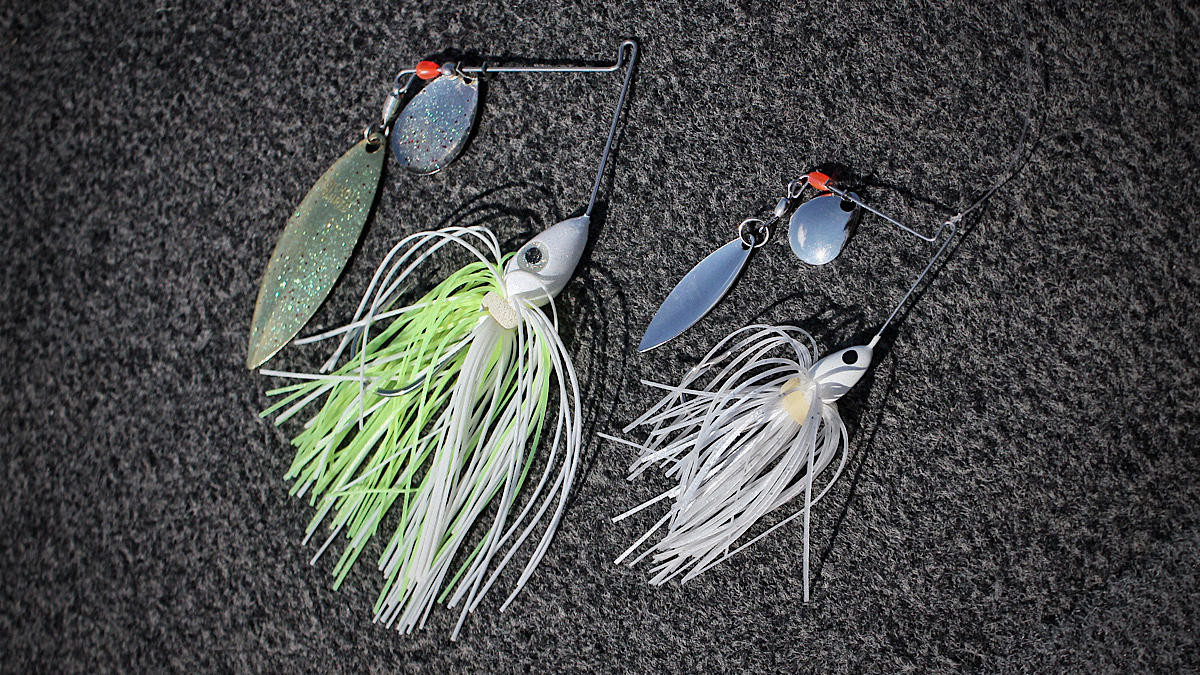 One of the most synonymous baits with fall fishing, the spinnerbait has been a regular on the deck of most anglers for decades. A 1/2- or 3/8-ounce double willow leaf or Colorado/willow combo is one of the most effective baits for fall fishing in existence.

Downsizing this choice to a 1/4-ounce size in one of these blade combinations can get you even more bites, especially when there’s an abundance of bait present.

Though this whole piece isn’t targeted solely at shad imitators, the 1/4-ounce spinnerbait does such a great job matching the hatch for the fall. It better mimics the smaller shad that are usually present this time of year and gives you a bait to which you can add erratic action by pumping, pausing and letting it flutter as it makes its way through a school of baitfish. When there’s an abundance of shad, this little bait does a great job standing out in the crowd by looking like an injured baitfish, while still blending in perfectly with the appearance of the bait around it. 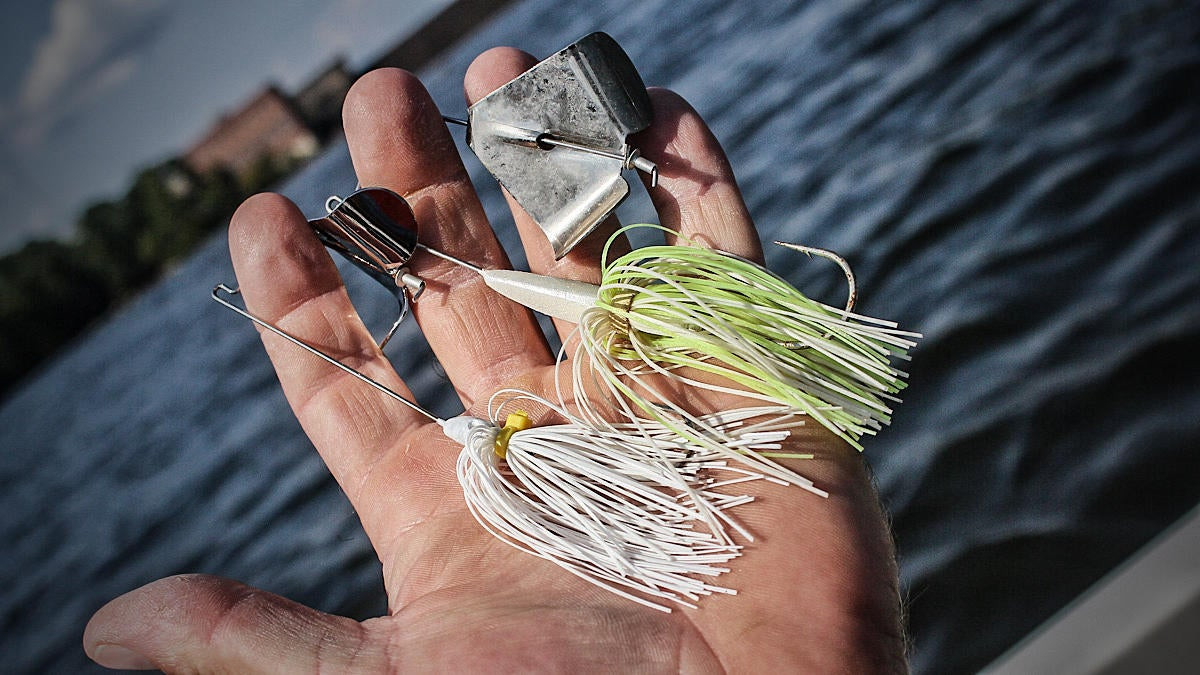 Another of the gold standards for fall fishing, a buzzbait of any size will get bit. But again, backing down to a 1/4-ounce buzzbait on a baitcaster or even a smaller buzzbait on a spinning rod, is a great way to generate more bites in the fall.

Downsizing isn’t just a numbers thing, either. Yes, you will get more bites but the big ones particularly key in on these smaller baits as well. Some of the biggest bass I’ve ever caught in the fall have come on a 1/4-ounce buzzbait when I couldn’t buy a bite on a 1/2-ounce one.

There’s something about a small buzzbait like this that appeals to bass in the fall regardless of whether they’re relating to shad on a shallow flat or bluegill along a grass line. The crisp, quite purr of the small prop is just enough to draw their attention without being aggressive enough for them to avoid it. 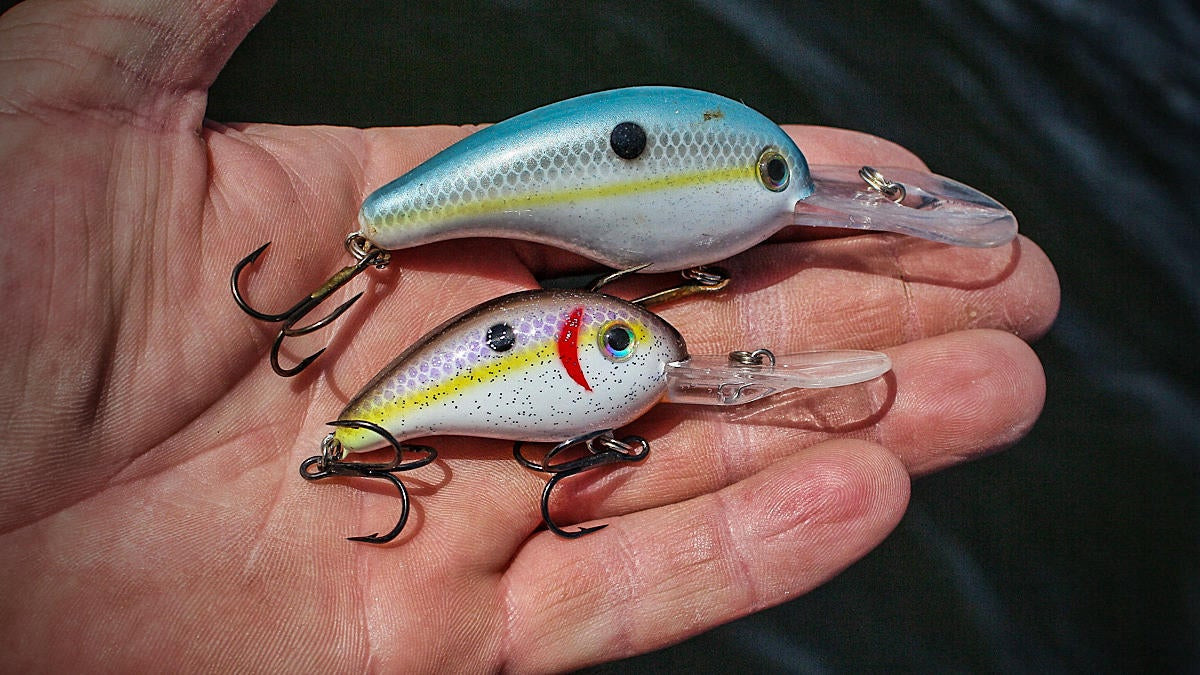 A crankbait is one of the main baits my dad and I have used for years in the fall and another with which we’ve had great success when thinking smaller with our selection. The key is to find a bait that dives to a certain depth but is smaller than others that hit that same depth range.

So if it’s a squarebill, you want it to be a smaller squarebill you can use to fish around wood and rock in 2 to 3 feet of water. If it’s a 7-foot diver, still pick one that’s a little smaller than the other 7-foot divers.

This seems obvious; if I’m telling you to downsize, obviously you’ll pick a smaller bait. But it’s really something to which you have to pay close attention. We have a tendency to think of the different depth crankbaits as the sizes.

A Strike King 1.5 squarebill is smaller than a Strike King 6XD, for example. Yes, that’s true. But that’s not what it means to downsize a crankbait. Since they dive to different depths, that’s not an apples-to-apples comparison.

A better example would be going with a Strike King 3XD, which dives to 10 to 12 feet and is only 2 inches long, versus a Strike King Series 5, which hits the same depth range but is 1/2-inch longer. There’s absolutely nothing wrong with the Series 5. It’s a great crankbait. But at times, it’s important to choose the smallest lure you can to hit the particular strike zone of fall bass. 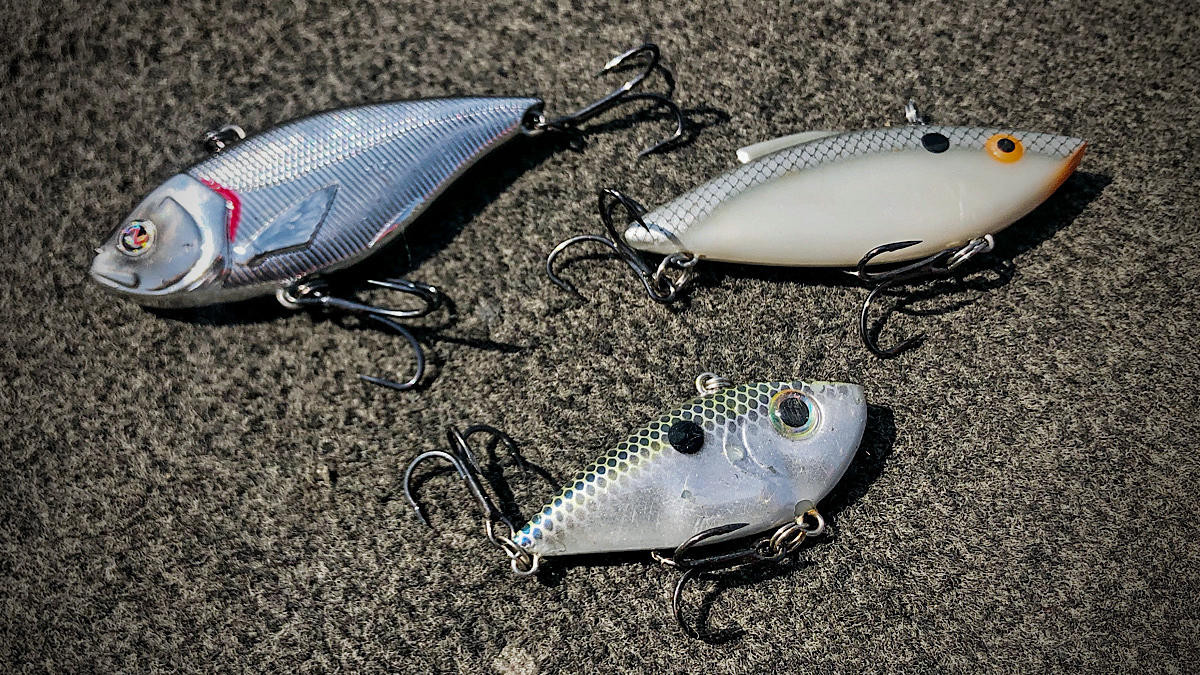 The lipless crankbait is a lure almost every angler has fished at some point and coincidentally, it’s one of the best lures imaginable for fall bass fishing. It’s easy to fish, versatile at different depths and it’s something that can be used to cover a lot of water.

The average lipless crankbait weighs 1/2 ounce, I’d say; that’s the one used by most anglers the majority of the year. But these baits actually come in a wide range of sizes. There are times, like the prespawn, where 3/4-ounce lipless crankbaits shine the brightest.

It’s really quite impressive. I think a large part of it is the size, again emphasizing the importance of thinking small in the fall. But in addition, a 1/4-ounce lipless can be fished shallower and slower, which I think also has a lot to do with its productivity compared to the heavier bait.

Thinking small in the fall will put more fish in the boat for you… period. It’s not always a necessity, but nearly always to your benefit in the fall to downsize.