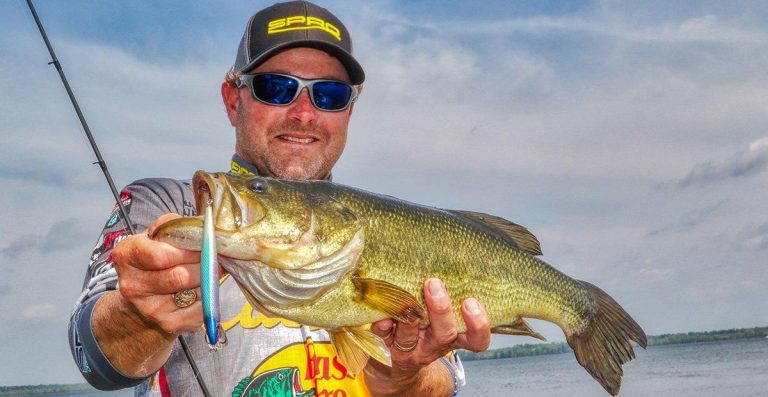 When fall finds bass aggressively pursuing baitfish for their pre-winter chow fest, Mike McClelland recognizes the importance of not only matching the forage; but also presenting proper impostors where bass are chasing them.

No surprise, the Missouri standout’s top choice is his Spro McStick jerkbait for fall fishing, which mimics vulnerable shad with three models built for various buoyancies.

“When you look at how these fish migrate in the fall, they do the same thing they did in the spring; they’re just coming up to feed, instead of to spawn,” McClelland said. “Some of my favorite areas to find them are shoals, long points and flats.

“Largemouth will be more cover-oriented, and if you’re on a northern lake with grass, they’re going to be in the vegetation more than they will be on the rock and the gravel parts of a shoal. Smallmouth and spotted bass, however, aren’t going to go to the grass as much. Now, on southern lakes, you’re going to catch largemouth on the ends of those long flat points and even up on the flats in the backs of creeks as well as main lake or main river flats.” 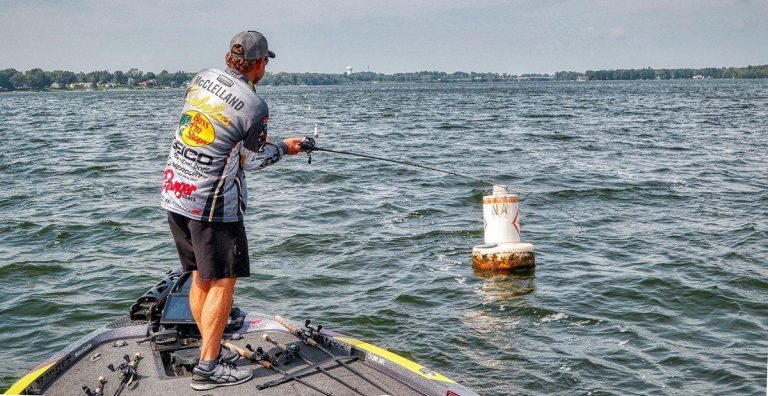 “I’m really big on watching moon phases, but even if the moon phase is looking like a mid-morning or midday bite, in my experience, you always have that window first thing in the morning,” McClelland said. “I’m always looking to cover water with a jerkbait that first 45 minutes to an hour in the morning, when you have those low-light conditions.

“Those fish are nocturnal; I think they come up and feed through the night, and when the light first changes in the morning, there’s definitely that opportunity to catch those aggressive fish.”

If he’s targeting smallmouth or spotted bass, McClelland looks for the sharpest contour lines he can find, as remaining close to deep water better suits these open water roamers. Not that these fish won’t snoop around creek habitat, but largemouth will push further into the arteries. Even here, deep water proximity bodes well, so pay attention to the creek channel’s course. 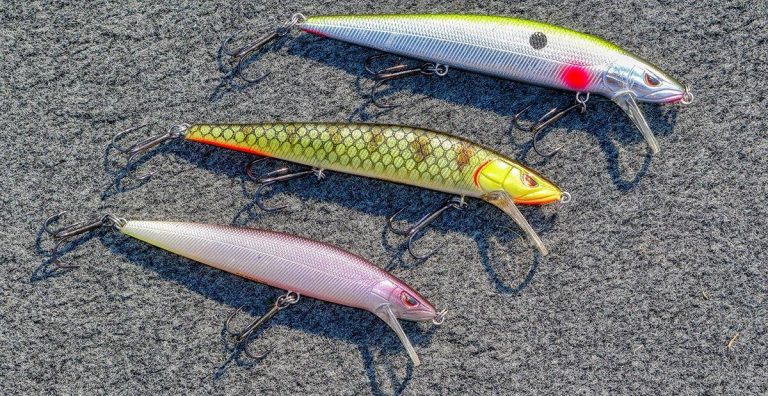 For those shallower largemouth using the vegetation, as well as those in laydowns and standing timber on long points and any holding around shallow brush, McClelland’s throwing the McStick 115 floater/diver. Reaching about 4 feet, the bait allows him to fish over the cover with minimal worry about snags.

“When I’m fishing for smallmouth and spotted bass in the fall, typically, I’m going to be throwing my McStick 95 or my McStick 110,” McClelland said. “Both are built to suspend and I can adjust them by changing the hooks. I’ll upsize or downsize my hooks if I want the bait to float a little more or if I want it to suspend completely motionless in the water. There are also times I want it to sink a little bit, depending on the depth in which I’m trying to catch these fish.”

Right out of the package, McClelland expects to hit 5-8 feet with the 95 or 110 and for shoal tops of 4-10 feet deep, that dive range usually does the trick. But when his fish are feeding on a 15- to 18-foot shoal, then he’d replace the standard No. 5 Gamakatsu round bend trebles with No. 4s. (He may also switch styles to the Gamakatsu Aaron Marten’s TGW Nano Finesse Treble Hooks, which feature a slick Nano-Coat finish for optimal hook-ups.)

“I always upsize the front hook first and then work back because I want that bait to have a nose-down characteristic in the water,” McClelland said. “If one No. 4 doesn’t achieve complete buoyancy, or it’s not allowing the bait to sink slightly, then I might add a second No. 4 in the middle of a McStick 115 or the back position of a 95.”

For minor adjustments, McClelland occasionally adds another split ring to his bait. Strategically, he adds the ring to the hook eye, behind the point at which the hook intersects the standard split ring.

“The additional split ring has no interference with the action of the hook,” McClelland said. “It never interferes with hooking or landing a fish; and, in my mind, it’s another piece of metal clanging on the hook that could actually create a little more noise for added incentive.”