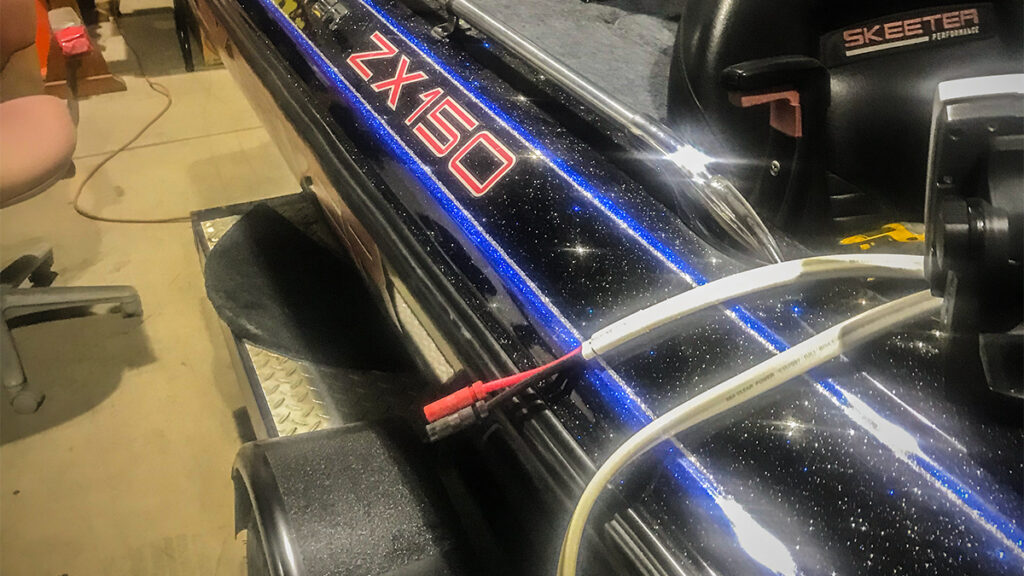 When spending big bucks on fishing electronics, you want them to perform at their best and have as much value as possible for those dollars spent; that means clean pictures on the screens and better power utilization.

Most of the new units are power hogs and when the power isn’t pure and clean from the batteries, it uses up the batteries quicker. With the advent of higher resolution and better quality it has become mandatory to run the units directly to the battery without breaks or power strips between the head unit and the battery.

These “home runs” with a better gauge of wire, preferably 12 or less, with solid connections are meant to reduce resistance and heat allowing the batteries to last much longer for a day of fishing. I have used 8 gauge for years and that has helped but shielded harnesses recently built by Sea Clear Power has been an answer to my prayers. One pair of wires from front to back and they are copper wires for best conductivity.

Rigging boats is one of my favorite hobbies and when I say the Sea Clear Power Wiring Harness has answered my prayers… I mean it. It has also eliminated a lot of frustration for me. If you’re a tinkerer like me and like to install your own electronics, I seriously recommend giving this a look. Stick with me for a minute and I’ll explain why I like it so much.

What exactly is Sea Clear? 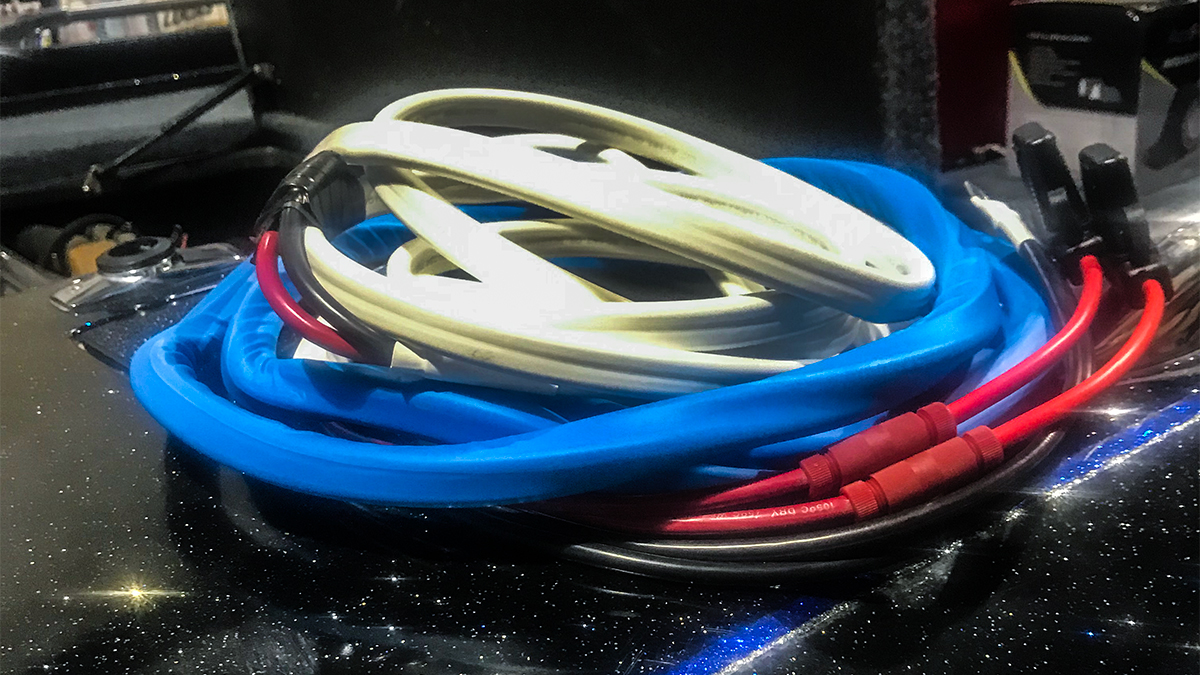 Sea Clear Power’s Nathan Martin, who is a fishing guide and tournament angler, was the first person and company with Sea Clear to come out with a packaged harness with ends that allow for better connections and ultimately less resistance meaning your units would work better, have a clearer picture and give longer life to your batteries. It is a patented harness. There’s no interference, no voltage drops and your units will be faster as well. It’s very important to understand that all units pull amps even when off, so having and “on” and “off” switch is mandatory. 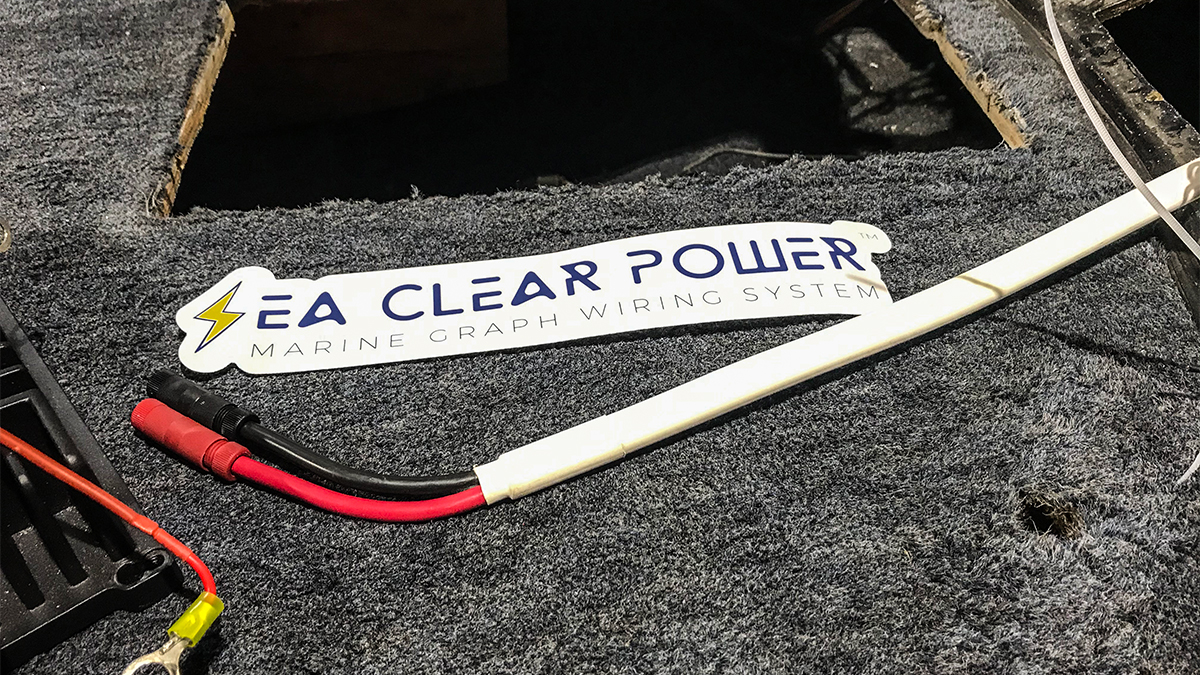 The beauty of the Sea Clear harness is the shielded 8 gauge copper wire, shutoff switch and unique connectors. They also include top-rate inline fuse assemblies to make sure the units are protected but also won’t fail there due to inferior wiring on most factory fuse connectors. They were also a failure point early on and were conducive to noise entering the system. Eliminating all variables for good clean power is the ultimate goal and can be a huge difference for your batteries and the displays.

I have used the Sea Clear harness on my two recent boat builds and it has made a huge difference in picture quality. Additionally, it allows the units to pick up objects they were designed for. In the early days, just having power to the unit was good enough but not anymore. Another thing I have noticed is a more efficient battery use and no more blue screens of death or blinking units even after a long day on the water. That, in itself, makes a big difference but also allows for faster charge times and less wear and tear on the batteries.

Recently I’ve gone to a dedicated battery for accessories only and have left my starting battery solely for the big engine and livewell pumps. I also run my Hydrowave separately to the starting battery as voltage spikes can be the enemy of electronics; making sure 6 gauge trolling motor wire is run opposite of the harness also helps eliminate radio frequency noise (RF). Ferrite blocks/rings on the power sources also eliminates or reduces RF noise too. 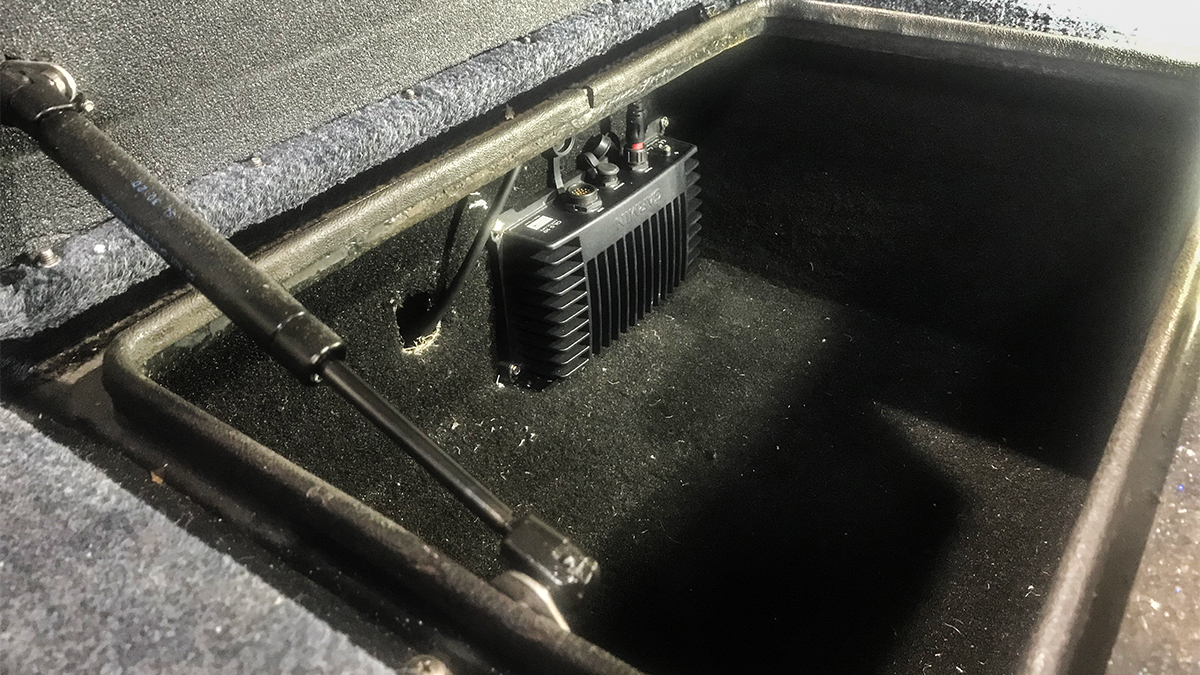 I had to try this wiring harness because everyone has been talking about it. Whether it has been professional anglers, boat technicians or my other buddies who also enjoy rigging boats, this has been a major point of conversation in the fishing industry for quite a while now. I guess there’s a reason it’s marked as a best seller on Tackle Warehouse.

I’ve really enjoyed rigging my electronics with this product and I seriously doubt I’ll rig another boat without it. I highly recommend giving it a chance the next time you’re doing a rigging job on your bass boat.

The Sea Clear Power Wiring Harness is available at TackleWarehouse.com.