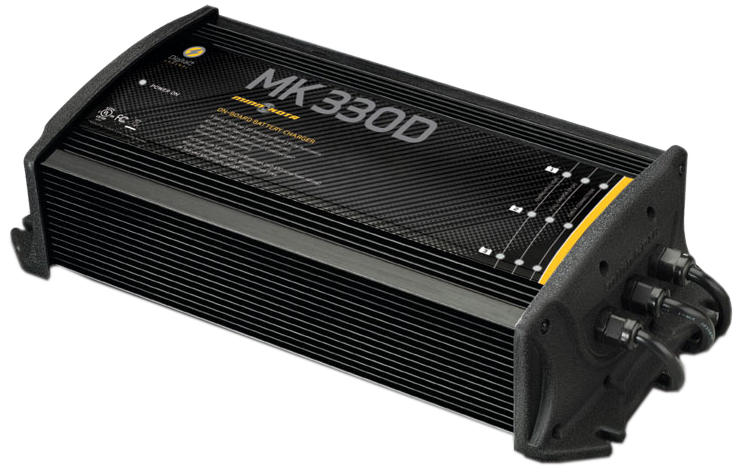 Technology is a wonderful thing. The whole purpose of technology is to make life easier and give you more time to enjoy the things you love while spending less time doing the things you don’t. We’re fortunate to live in a time of technology in fishing. Don’t get me wrong. I still love a day on the stream with a canoe, a spinning rod and reel and a small pack of lures enjoying the seclusion and slower pace of life and fishing.

But day in and day out I work hard and long hours so I can enjoy the toys and technology doing stuff I love, namely chasing little green and brown bass around in a fiberglass Ranger boat, pushed by a huge Evinrude outboard, while looking at them on Lowrance Structure Scan and Broadband Sonar. I cruise the banks with Minn Kota trolling motors and anchor down with Minn Kota Talons.

It’s all technology. It’s not absolutely necessary to catch fish. But that’s not the point of technology. Its point is to make each task easier. Do all these things give you an advantage? I believe so.  And we realize not everyone can afford all the technology that is available to anglers. I’ll never be able to afford a Mercedes Benz or a Range Rover. Yet somehow they still do hundreds of millions in sales. Our job is to review everything we can in fishing for anglers of all budgets.

One technology item that we believe is really invaluable to anglers who own boats is a good battery charger. Batteries are to boats what fishing line is to a fishing rod. Everything revolves around the batteries working. So keeping them charged and healthy is of paramount importance.

I recently had my onboard battery charger go out. I have had this happen to me several times over the last 15 years of owning boats. So I put the question out there to Wired2Fish friends and readers, and based on all the feedback, I went with the most popular choice among readers that responded to my inquiry — the Minn Kota Onboard series of chargers.

I decided to get the MK 330D. It has three banks for charging three batteries, and it delivers up to 10 amps per bank for a total of 30 amps. I wanted something that gave me plenty of charging power to get all three batteries back to 100 percent overnight after long consecutive days on the water.

A battery charger can seem like a lot to install, but it’s really a very simple install if you’ll take time to consider how to securely mount it in your boat, keeping in mind that boats take much rougher rides than any vehicle you’ll drive. There are no shocks on your boat and a battery charger is a sophisticated piece of technology.

The first step was to get my old charger out. It was merely a matter of unhooking six wires from six terminals on three batteries, then unscrewing four screws from the back plate in my Ranger Z520. Ranger Z boats have a great mounting surface for battery chargers secured to a pultruded fiberglass frame.

Next I had to mark where my new MK 330D would mount on the back mount. I held it up in one hand and with a marker marked the four places I would bolt and screw the charger into the back wall. What I discovered was two of the holes would have to be drilled and two I could reach to attach bolts by removing the lower floor plate to get behind the back plate.

A battery charger is a pretty heavy piece of a equipment, so having an extra pair of hands can help with marking holes and mounting. After marking the holes, I removed the back wall by unscrewing it from the fiberglass frame. I was careful to make sure I didn’t strip the screws. I then drilled holes in the plate where I could bolt it down. When mounting things in a boat I always prefer bolting over screwing where I can because I can tighten down anything that loosens up. That’s not always possible with screws.

So I found two screws and two bolts would be enough to hold this unit it place. I used the largest bolts I could find that would fit the mounting. But I used bigger washers and put rubber spacers under them to hopefully minimize vibration to the unit. I keep all my mounting hardware in a dish so I won’t lose anything while working.

I held the unit in place and screwed down two screws with washers in place. Once I had them semi-tight, I could let go of the unit and work on mounting my bolts. Once I had all the bolts and washers in place I tightened them all down on the plate that I had secured back into place before mounting. The unit was rock solid on the back plate. So all I had to do was route the power cables to each of the three batteries and fasten to the terminals with the locking nuts.

Then I routed the plug out through the back of the splash well for quick plug up and charging. The whole thing took me about 30 minutes to install, and it was up and running in minutes after that.

I used a manual charger for several weeks before getting this charger. What a pain in the neck that was. Charge one battery, keep checking it, then when it got to 100 percent unhook it and hook it to the next battery. If you are fishing every day, it’s a chore to get up throughout the night to switch it from one battery to the other. This onboard MK 330D charged fast and saved me all the hassle.

But it does a lot more than that. It has intelligence built in to keep a trickle charger on rarely used batteries over the winter months, protection from overcharging a battery which is how a lot of folks tear up perfectly good batteries with manual chargers and a temperature gauge to give good charges in both cold and extremely hot months.

But probably the biggest feature I like about the new charger is durability. I queried a lot of folks and heard countless stories from other anglers about how they’ve had MK chargers since they first started making them that are still going strong. They are tough, intelligent and dependable units. And given my history with other chargers dying, that was a huge selling point.

Minn Kota has a reputation for durable technology. So I feel very satisfied with my decision to go with the MK330D. To check out the other chargers from the Minn Kota line-up and read more about the 330D, visit MinnKotamotors.com. To purchase this or other chargers, visit this link to TackleWarehouse.com.