Finding fish-attracting structure is one thing; getting them to bite is the tricky part. Rule No. 1: Don’t spook the fish.

Depth and conditions have a lot to do with this, but the shallower you go and the clearer the conditions, the more likely you are to run the fish off a spot by pushing a big shadow over their heads. Best way to avoid that — see ’em before they see you.

Modern sonar technologies like Garmin’s Panoptix LiveScope (realtime sonar) and Humminbird Mega 360 (high-def still image from continuous scanning around the boat) play a key role in breaking down broad areas by revealing key targets well before you reach them.

“You need to be able to present a lure before you blow up a spot,” said Bassmaster Elite Chris Zaldain, who relies heavily on his Mega 360. “When you get your boat right on top of it, the thrust of the trolling motor disturbs the fish and they don’t bite. Being able to cast a bait right in front of the fish’s nose is invaluable.”

Zaldain stresses how the ability to explore as much of his entire circumference as he deems necessary minimizes the chances of overlooking opportunities.

Each day brings a fresh set of dynamics, but a handful of principles remain constant.

Dialed in: Blind casting will always play some role in bass fishing, but Zaldain likes to leave random at the dock.

“Yes, you can see fish shadows, but where the Humminbird MEGA 360 Imaging shines is being able to spot those critical grass clumps, those isolated boulders, that ledge on the Tennessee River system or that brush pile. There are no wasted casts.”

Consistency: During the Bassmaster Elite on the St. Lawrence, Zaldain had located smallmouth relating to isolated boulders over a flat in 15-17 feet of water at the mouth of the river. The St. Lawrence is a super-clear fishery, but wakes from recreational and commercial vessels roiled the area and kept him from visually spotting the boulders.

With MEGA 360, Zaldain could idle around to find promising structure, drop waypoints, SpotLock each one and consistently fish it with no concern over water conditions.

“When all those boat wakes would push me left and right, that waypoint would move from 11 to 2 o’clock on my screen,” he said. “I could always make the right cast no matter what the wind and waves were doing.

“As my boat would reposition with the wakes and the lateral movement, I still knew exactly where that cast was.”

Fellow Elite pro Cory Johnston does his forward recon with Garmin’s Panoptix LiveScope. The look ahead, he notes, is particularly important for picking out subtleties, like an anomaly in a grass line, as well as spotting individual fish.

Such discernment is always helpful, but Johnston finds it particularly important in areas with minimal detail. Case in point: During the late-August Elite event on Lake St. Clair – the largely featureless body between lakes Huron and Erie – Johnston found a sunken barrel on a main lake flat and leveraged its magnetic appeal for a second-place finish.

“It was just one of those random things, where I was covering water and looking for fish and I came across that barrel and there were five fish sitting on it,” he said. “I went back every day and caught fish on that spot. Without the forward-facing sonar, I never would have found that and I never would have caught those fish.”

Know where to throw: Setting his gain at 60-65 and his distance at 75 feet puts Johnston in the comfort zone, from which he relies on experience and muscle memory to keep him on target.

“As soon as that fish comes onto the screen, I can make a precise cast and land the bait within 5 feet of the fish because I know what the 75-foot range is,” Johnston said. “You don’t even have to think a bout it; just look at where the trolling motor is facing and make the cast. You’re not wasting time trying to chase the fish down and making two or three attempts. You’re able to be extremely efficient.”

Humminbird’s MEGA 360 has a 125-foot maximum reach, but Zaldain finds the 80-foot mark affords him the ideal balance of definition and distance. The unit is ready to go right out of the box, but if Zaldain’s fishing in water with a lot of sediment, grass particles or current, he’ll turn down the sensitivity 1-2 points from the default setting.

Find the sneaky ones: Johnston knows that fish pinned to the bottom may elude 2D sonar detection, but when he gets close enough, wiggling fins betray hidden bass.

“When I see a fish (in this scenario), I’ll throw my bait to it and I’ll actually see his tail and his fins speed up and race over to your bait,” he said. “It’s pretty incredible.”

On the same page: Recalling the days prior to forward-facing technology, Zaldain said that idling broad areas and dropping waypoints from the console was only half of the battle. He still had to drop the trolling motor and find the spot again.

Not only does the MEGA 360 allow him to do much of the work directly from the bow; but Humminbird’s One Boat Network, which links all of his graphs, streamlines the operation. As soon as Zaldain drops his Minn Kota Ultrex trolling motor, waypoints marked from the console immediately appear on the bow unit’s Mega 360. From here, he can more thoroughly inspect the spot to determine optimal casting angles.

“When I go from idling in the seat and walk up to the deck, I know exactly where that piece of structure is and I’m able to present my lure to where that bass is hanging out. It just makes me a more efficient fisherman.”

See fish in front of you 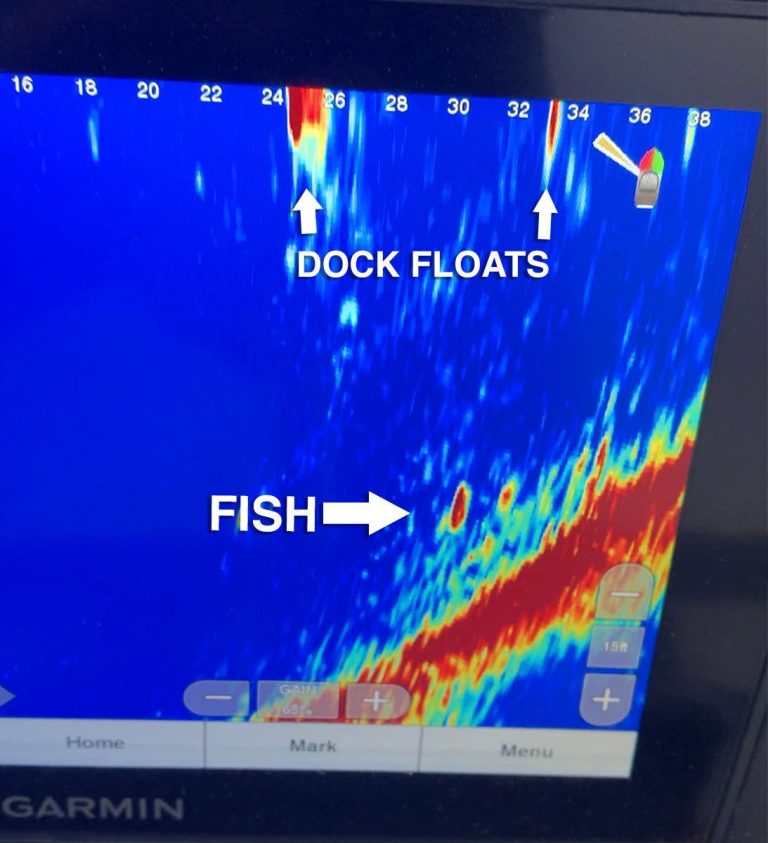