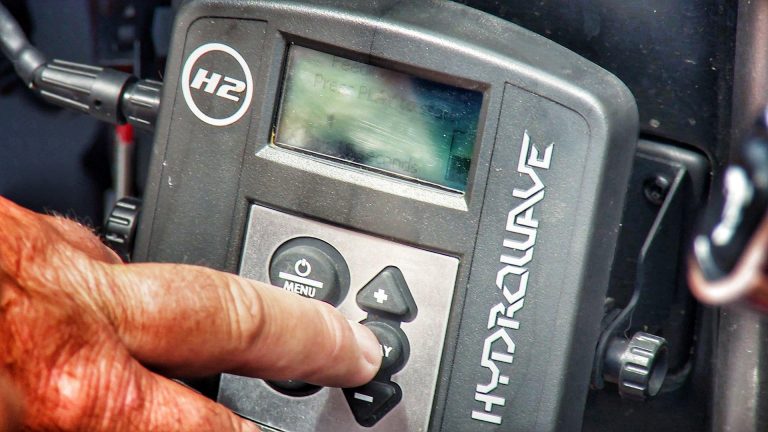 Compared to many fish species, smallmouth bass are considered to be very responsive to angler foolery. This could also be stated as THEY BITE! Erratic lures like hard charging jerkbaits and topwaters cast in every color of the rainbow are used to perk curiosity and TRIGGER vicious bites, but sound can be an equally powerful attribute. B.A.S.S. pro Josh Douglas has spent countless hours on Minnesota’s famed Mille Lacs Lake and the entire Great Lakes Region in pursuit of smallmouth bass. The HydroWave H2 Fish Attractor has become a vital tool for Josh when trying to get a school fired up and to get following fish to bite boat side. Seeing is believing, and he’s observed their change in behavior in response to the sound patterns given off by the HydroWave in crystal clear waters.