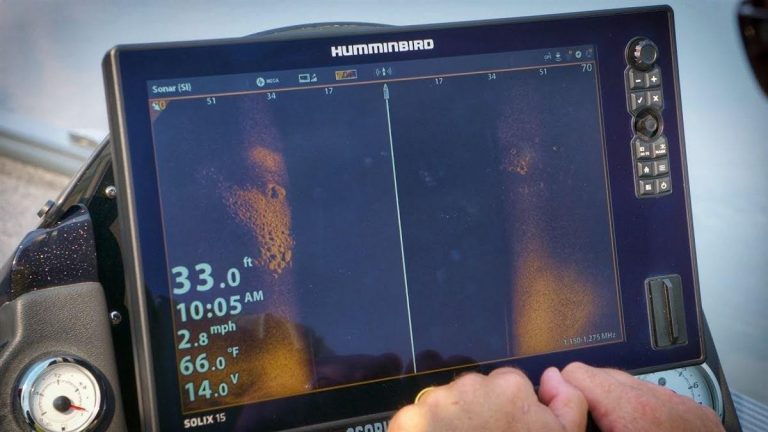 Side imaging sonar reveals an entirely new underwater world to anglers interested in learning the technology. It produces highly detailed readouts of the water column and bottoms off both sides of the boat; this has some major benefits, one of which being discovering sleeper or hidden spots missed by most anglers.

Jeff “Kolo” Kolodzinski demonstrates this perfectly. While driving to one of his “known” spots, side imaging reads a bottom composition change – it’s a hard spot covered with fist-sized rocks and some larger boulders mixed in. Of note, there’s no appreciable change in depth, so mapping doesn’t give it away. Conventional 2D sonar or Down Imaging could reveal the spot but requires driving over the top to discover it and with less detail. Humminbird’s MEGA Side Imaging leaves little to the imagination.

Hidden jewels like this can be fish magnets. Hard bottoms are home to baitfish and crawfish, but just as importantly, often see little fishing pressure. Side imaging is the tool of choice for revealing these transition zones and key spots on the spot (boulders in this case). This was key to Seth Feider’s winning strategy in the 2016 Bassmaster Angler of the Year tournament on Minnesota’s Mille Lacs Lake.