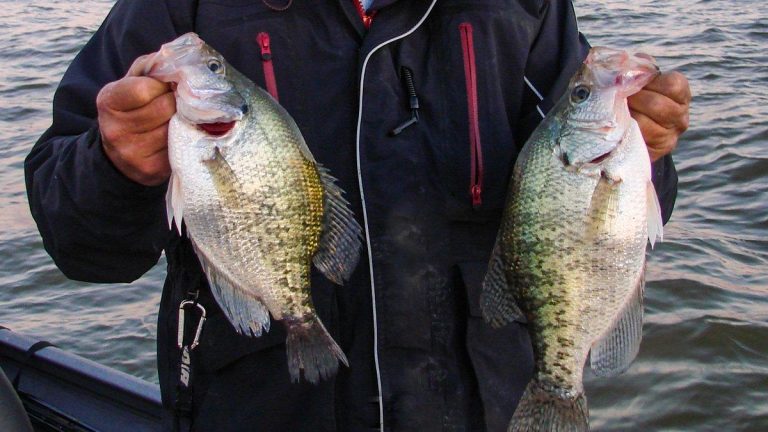 Crappie are arguably the most popular freshwater fish in the country, and for good reason. The tenacious panfish are delicious, fun to catch, and can be found throughout the country in good numbers. With social media and public forums connecting millions of crappie anglers and enabling them to share pictures and information, confusion and arguments about the different types of crappie and their characteristics are common.

So I thought I might try to help clear up any misunderstandings so we’re all on the same page as it pertains to crappie. Here are 7 types of crappie, many you may or may not have known about but possibly caught:

The two primary species of crappie are black and white, and being able to tell the difference doesn’t take genetic testing. The most common misconception is that their names are associated with their color. The males of both species turn very black during the spawn, and can lose all their markings at other times of the year. Water clarity also affects their appearance, as clear water crappie stay much more “colored up” than muddy water crappie, which can appear completely white with no visible markings.

If the markings are not definitive, or you’re just unsure, biologists positively identify these crappie by dorsal fins. The dorsal fin, which runs across the top of fish, consists of a number of webbed spines with a soft fan connecting them. The spines feel like needles at the tips, and are easy to count. White crappie have 5-6 spines, and black crappie have 7-8 spines.

Anglers often differentiate the two by body shape. Black crappie have a more compact frame with a more forward forehead and a smaller hinged mouth that angles up, giving them a snub-nosed look, hence another of their nicknames, “snubbys” or “stubbys.” White crappie possess more elongated bodies and much larger mouths.

The diet and habitat of black versus white crappie varies on different bodies of water and in different parts of the country. Generally though, black crappie prefer clearer water, heavy vegetation and more shade, and white crappie are more apt to suspend in open water, and tolerate murky to muddier water better. The diet of white crappie consists of more shad and minnows, and black crappie feed more on insects, worms and crawfish.

Some color variances are common in different waters and as the seasons change, and the subtle changes in tint and coloring that coincides with the spawn naturally occurs in all crappie. There are a few color variations, however, that are genetic.

Black-nose or black-stripe crappie are black crappie that have a recessive gene causing a black stripe from the dorsal fin down to the lips. The recessive gene may prove to be an evolutionary change, helping the crappie to see, as well as providing better camouflage when stalking prey.

Black nosed crappie were first officially documented in the White River basin in Arkansas in the 1980’s, and there are unofficial reports of the fish being caught in Ohio in the 1950’s. They have now been found in lakes and rivers all over the country. Black nosed crappie are black crappie in most cases, unless hybridization has happened naturally or been induced in a lab.

There has not been a documented white crappie with this trait. 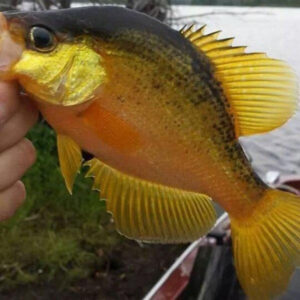 Golden crappie are the rarest of the species, with only a couple documented cases and a handful of pictures available. While there is no scientific information on the golden crappie, their discoloration is highly visible and appears to be the only difference between them and normal crappie.

Here’s where many anglers get confused, for good reason. There are three types of hybrid crappie, all of which are impossible to differentiate between without either genetic testing or having specific knowledge about a body of water and if any fish have been stocked.

Natural hybrid crappie are found throughout the country, but are extremely rare in most bodies of water. One lake that is an exception is Kinkaid Lake in Southern Illinois. Kinkaid has a healthy population of big, hybrid crappie, along with white, black, and black nosed crappie. Hybrid crappie are easy to pick out if you’re looking for them, having characteristics of both species, but varied among individual fish.

Most hybrids in Kinkaid have the body type of a white crappie and at least some vertical bars, but the bars become distorted or fade into a random speckled pattern towards the tail. The measurements will indicate a white crappie, but they will have 7-8 spines. According to the Illinois DNR, no hybrid crappie have ever been stocked in the lake.

Hybrid stock crappie are produced in a laboratory by taking the eggs from a female of one species and the milt from a male of the other species and mixing them together, followed by a short incubation process. Oddly enough, multiple independent agencies in different states agree on the best tool to mix the eggs and milt, a turkey feather.

Because crappie are such prolific spawners and will quickly overpopulate small bodies of water, hybrid crappie are much more suited for stocking. While they are not sterile, their fry are undersized and combined with a healthy population of bream and bass, most of their young do not make it past their first year.

The most popular combination of crappie used is the male black nosed black crappie and female white crappie. The black-nose trait will carry on in most of the offspring, making it much easier to sample the population.
Triploid or Magnolia crappie are exactly the same as hybrid stock crappie, except for the incubation process. Rather than immediately incubating the fertilized eggs, they are first taken to a pressure chamber and subjected to an 8,000 psi shock treatment to produce triploids.

Crappie are naturally diploid, meaning they have two sets of chromosomes, and shocking the eggs to add a third creates sterilization. Since sterilization eliminates the problem with overpopulating and does not need assistance from other game fish to help eliminate the fry, triploid crappie are ideal for small impoundments.

Triploid crappie have been produced by multiple fish and game departments, but the Mississippi Department of Wildlife, Fisheries, and Parks pioneered the technique and the nickname “Magnolia crappie” is now used by other states.

The Magnolia crappie were produced solely to stock in small impoundments where a healthy crappie population was difficult to maintain, and according the MDWFP, there has never been Magnolia crappie stocked into any of the large reservoirs in the state. Magnolia crappie, like hybrid stock crappie, are crossed between the black nosed black male and white female, causing the majority (but not all) of the fry to be easily distinguished with the black stripe.