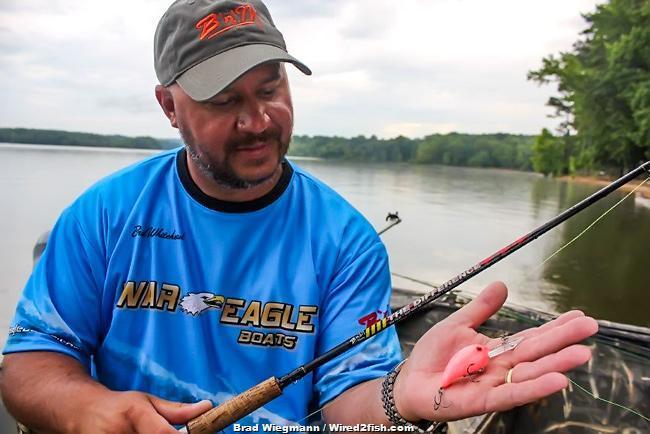 It is no longer a secret that pulling crankbaits is a highly effective technique for tough-to-catch, warm-water crappie. Professional guides and tournament anglers lean heavily on this tactic during the summer months, due to both the consistency of the catch and the above-average size fish it produces.

While more every day anglers are utilizing this method, the perceived learning curve and amount of gear still scares off most anglers. Like most of our passions and hobbies, however, it can be as simple or as intricate as we wish to make it.

Professional guide Brad Whitehead spends the summer months taking eager clients out on Pickwick Lake in Northwest Alabama, and he prefers pulling crankbaits for big crappie because it produces fish.

Why to pull crankbaits

Pulling crankbaits enables the angler to cover a ton of water. With multiple baits covering a 30- to 40-foot swath at high speeds, locating schooling or nomadic crappie is much easier. Aside from the effectiveness of the tactic, pulling crankbaits also provides a constant breeze. With air temperatures reaching 90 degrees in the south by breakfast time, Whitehead dotes on the fact that moving at 1.5 mph keeps himself and his clients much cooler than if he were idly fishing deep brush. And finally wind won’t ruin the fishing with this technique.

When is the right time to pull crankbaits

During the sweltering summer months when oxygen levels are low and water temperature is high, crappie become lethargic and difficult to catch. So most anglers wonder why a big crankbait being pulled at 1.5 mph would be more effective.

Think of an old farm dog standing guard in front of his home on the side of the road. If you ease by him at a few miles per hour, he will merely observe you passing by. If you blow by him kicking up a cloud of dust and gravel, however, he will chase you with the ferocity of a lion after a gazelle. This inability of fish to resist the pursuit is what makes pulling crankbaits such a dynamic summertime tactic. 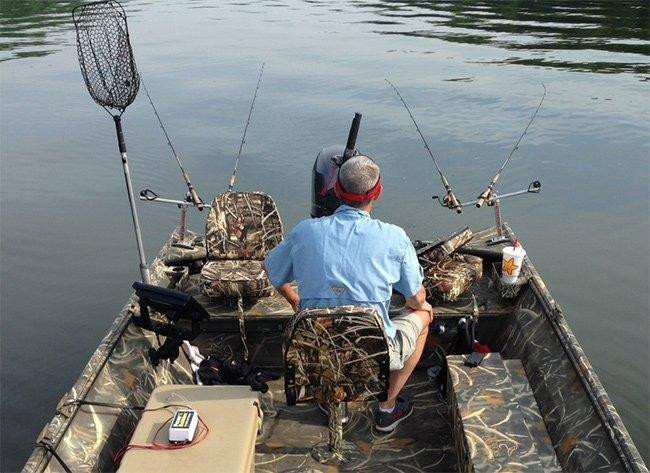 Anglers will find gear to be the biggest barrier to entry with this technique. While it can be done on a budget, there is a lot to consider. Depending on state regulations, anglers will need 2-8 rod and reel combos with 150 to 200 feet of line, an equivalent number of rod holders, a selection of crankbaits and a method of propulsion that will hold your boat on a steady path between 1 to 2 mph. You can buy the most effective equipment on the market, or you can start off as inexpensive as possible while learning and upgrade as you go.

Budget cuts – Use old rods around the house at different lengths and angles to get started. Rods need to have a decent backbone to handle the torque of a trolled crank.

Budget cuts – Using Whitehead’s method of marking the line, any spinning or baitcast reels will work as long as they’ll hold 150-200 feet of 10-pound line and have solid gears and a decent drag.

Budget cuts – There are bolt-on and clamp-on rod holders as cheap as $3 or some anglers build their own. Just be aware you will inevitably get slammed by big catfish, gar, stripers. So make sure the rod holders are sturdy.

Budget cuts – If you fish for bass you might have some old crankbaits that will work. To get to the right depth, they need to dive to 8-12 ft. To check, just find some clean bottom in varying depths and pull over it. You’ll know when it’s digging in the bottom, which tells you how deep it’s running with the amount of line out.

Budget cuts – Want to try pulling crankbaits but only have a big two-stroke outboard and a cable drive trolling motor? Most foot pedals have a set screw on the bottom that will tighten down, which will hold the trolling motor direction without having to keep a foot on it. Also, fingernail polish can be a great way to paint up some old crankbaits for crappie fishing.

Knowing where to employ the technique is as important as your gear selection. Here are a few places to begin your search.

How to pull once you’re set up

Once you have the rods, reels, crankbaits and rod holders ready and way to troll the baits continuously as well as a place to start fishing, you need to start your trolling plan. Here are some tips to help you get started: