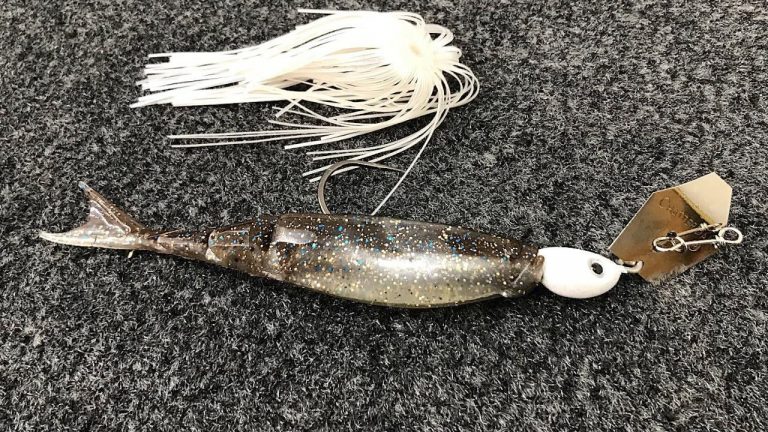 With the ChatterBait’s meteoric rise in popularity, anglers around the country are beginning to experiment with the technique more than ever. Wired2fish staffer Walker Smith is one of those anglers. An avid crankbait fisherman, he considers a ChatterBait to be his “clear-water crankbait” and has discovered that removing the skirt from a ChatterBait can pay enormous dividends in many situations. He actually prefers a skirtless ChatterBait whenever he’s dissecting vast expanses of hard cover, such as stump flats.

When attempting to break down a large area quickly, getting bites is essential to putting the proverbial puzzle together. Removing the skirt creates a smaller, more subtle profile that’s most likely to get bites from otherwise wary bass. In certain scenarios, a large skirt can be a bit too overpowering for the fish and hurt your chances of maximizing your bites. Once you catch a few on this skirtless ChatterBait, you can then slow down and fish the area more thoroughly with bottom-contact baits such as jigs and Texas rigs.

Also worth noting is the importance of quickly popping your rod tip as your ChatterBait swims past the cover. This seemingly small rod movement can make a noticeable difference as it causes the lure to kick outwards just an inch or two, which can trigger instinctive reaction bites from inactive and neutral bass.