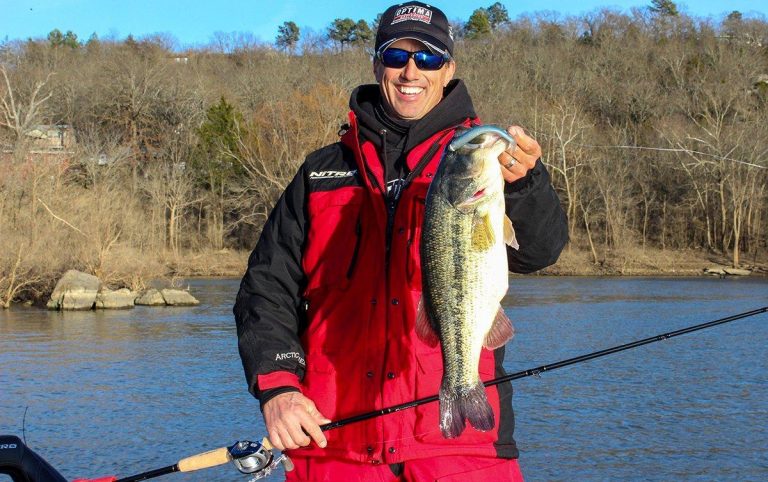 One of the most crucial parts of a tournament angler’s arsenal isn’t his rod and reel or a secret bait. It isn’t even his boat or his engine. One of the vital ingredients to success in fishing is batteries. We all get wrapped up talking about lures, rods, reels and line, but without a high quality battery for our boat, we are dead in the water.

I have seen some shoddy battery installs over the years. No battery trays, no covers especially on the positive leads and inappropriate gauge wire used for jumpers. When rigging batteries, it is crucial to lay out a plan before heading into the install. Measuring the available space and organizing the batteries will help provide better power and add to the life of the batteries. Connections should be tight and secure. A small amount of battery grease on the leads will help corrosion and also allow for a better connection.

2016 Bassmaster Classic champion Edwin Evers is a stickler about his batteries, and even before he was sponsored by Optima, he purchased their Blue Top AGM Dual Purpose batteries for his boats and tow vehicles. The Dual purpose battery can be used both as a deep cycle and starting battery. 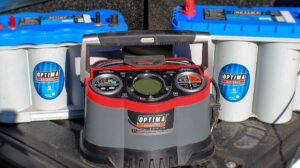 “Long before I was sponsored by Optima, I would buy their batteries because I believed they were stronger and lasted longer,” Evers said. “I have never had a battery issue and never want the strength of my batteries to determine where I fish or for how long. My job depends on how many fish I catch, and I want to eliminate all the possible scenarios of failure. I never worry about my batteries with Optima.”

On a recent trip with Evers to Lake Tenkiller, we put those batteries to the test holding in high winds for more than 8 hours. They weren’t even taxed, and we could have easily fished another day or two without charging them. 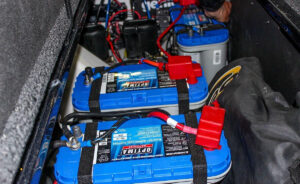 Evers uses a sophisticated array of Optima Blue Tops in his Nitro Z21 that includes 5 batteries total with two run in parallel just for his electronics and starting the Mercury 250 ProXS. He adds 3 for his 36 volt Motorguide X5 trolling motor too and manages it all with a marine patch panel. He uses a combination of Group 27 and Group 31 batteries to manage space more effectively. “I may lose a mile an hour or two with the weight of the batteries but winning is about the time fishing and I never want to run out of battery power,” he said.

I was impressed with the rigging of the batteries in his boat as they were neat and orderly. All of the jumpers were accurately measured and marked. They were also the proper gauge wire for best draw and less resistance that can cause heat and lost life. Most manufacturers recommend 6 gauge for batteries and trolling motors. Even with 5 batteries he had room in the back compartment for other necessities like tools and jumper cables.

Optima Blue Tops are a long life battery, and I have some in my boat that are more than 4 years old and going strong. They are lighter weight than most and have 15 times the vibration resistance of other batteries. It is important to make sure to fully charge batteries after use and a neat feature of the Optima is when charging amperage drops below 1 amp, the battery will be close to a full state of charge.

You don’t have to take my word on it, but the 2016 Bassmaster Classic champ sure swears by his Optima batteries.