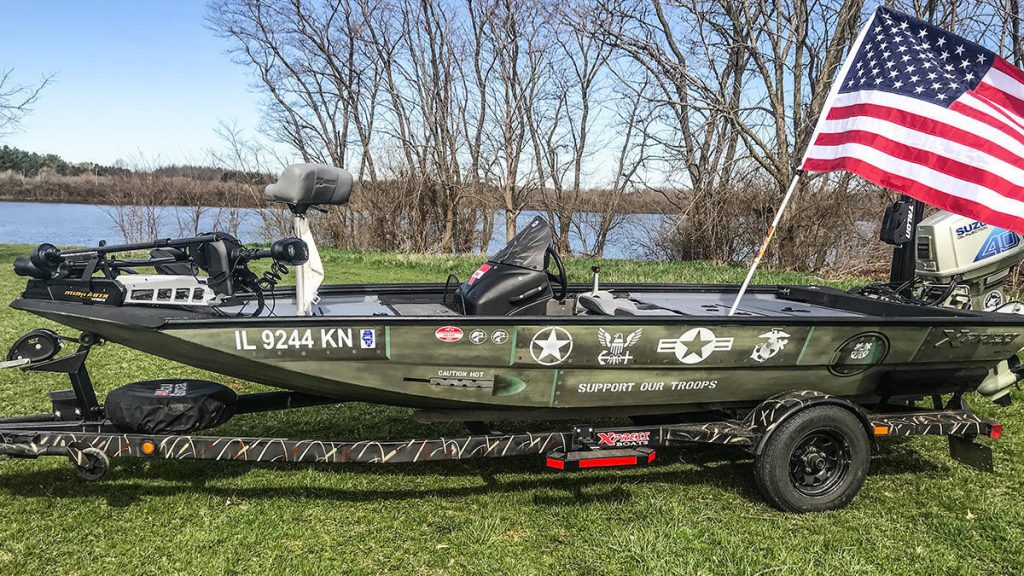 I was never in the military. I just missed it. I did have a draft card but my timing was between Vietnam and the end of the draft. Many of my older buddies defended our freedoms and put all of us in front of their own desires.

I am sure, that having the choice, they too would have put the jungles way down on the list of things to do for two years, however they saw duty in lieu of self and gave back. Those guys, then and now, have our deepest respect. Because of them, we honor our country, our flag and those who gave the ultimate sacrifice.

But I’ve always wanted to do more.

Every chance I get I help with soldiers programs in our area. Whether it’s Wounded Warriors, HOOAH or just taking a soldier fishing, I try to do my part but no matter what I do, I don’t feel like it’s ever enough.

For the last couple of years, I have planned a project. I had been looking for the right boat, at the right time and enlisted my buddies and companies I am honored to work with to build a “Wired2fish Support the Troops” boat. I found exactly what I was looking for in an X70 Xpress that I found online and purchased from a fishing buddy who just got a new boat. It looked real rough, but I knew with a little spit and polish it would be perfect for a project of this type.

I also did not want vinyl stickers. Instead I wanted it painted to look like a military vehicle. A rattle can, compressor and paint gun were the ticket and we also wanted it to look battle scarred. We wanted camo but not too much and it had to look used. I think we accomplished that goal.

Although this boat will get visibility on the water fishing and at fishing events it will get seen more traveling down the roads. Throughout the process I have documented each step on my personal Facebook page, but wanted the world to see it too. Having it on Wired2Fish will help spread the word and hopefully get others to do more for those wgo defend our country and our freedom.

It will never be enough but in the end a simple “thanks” may run a bit deeper. I get choked up working on this boat but more importantly seeing some of my veteran buddies with smiles and tears in their eyes when they see it. Not because it is a work of art, but more so because of the feeling it represents. My goal is to have all the soldiers who I run across in my travels to sign the boat with their rank. Army, Navy, Air Force, Marines and Coast Guard all have a place in my heart.

Much like a moment of silence for a fallen hero, this boat represents our love for our country and those who protect it. It combines the old and the new and brings current technology to an old fishing boat. Retrofitting an old boat with new technology showcases how others can do the same thing to their boats making the new out of the old.

Instead of putting everything we did in words, we felt a photo essay does a better job of saying it all. Many thanks to Boat Buckle, Tuff Skinz, T-H Marine, Minn Kota, Humminbird, Gator Guard, Cool Foot, Ninja Blade and Xpress Boats for all the help with this project. Many of these great companies got involved unsolicited and in my humble opinion, that speaks volumes about what we were trying to do.

May God bless the defenders of our freedoms and may He bless the ones who paid the ultimate sacrifice for us. The Wired2fish crew will forever be indebted to you.

The first picture after buying the boat 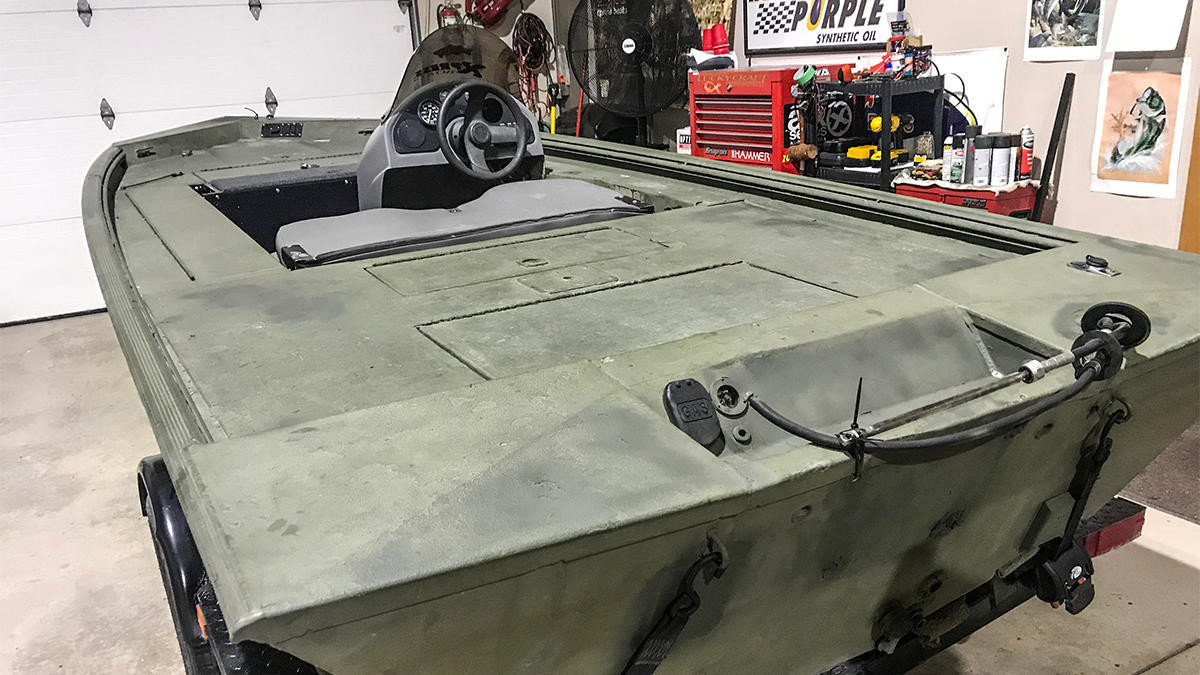 As you can see, it was definitely a blank slate to start with. It was a complete gut job and renovation, but worth every second.

A side view before the fun began 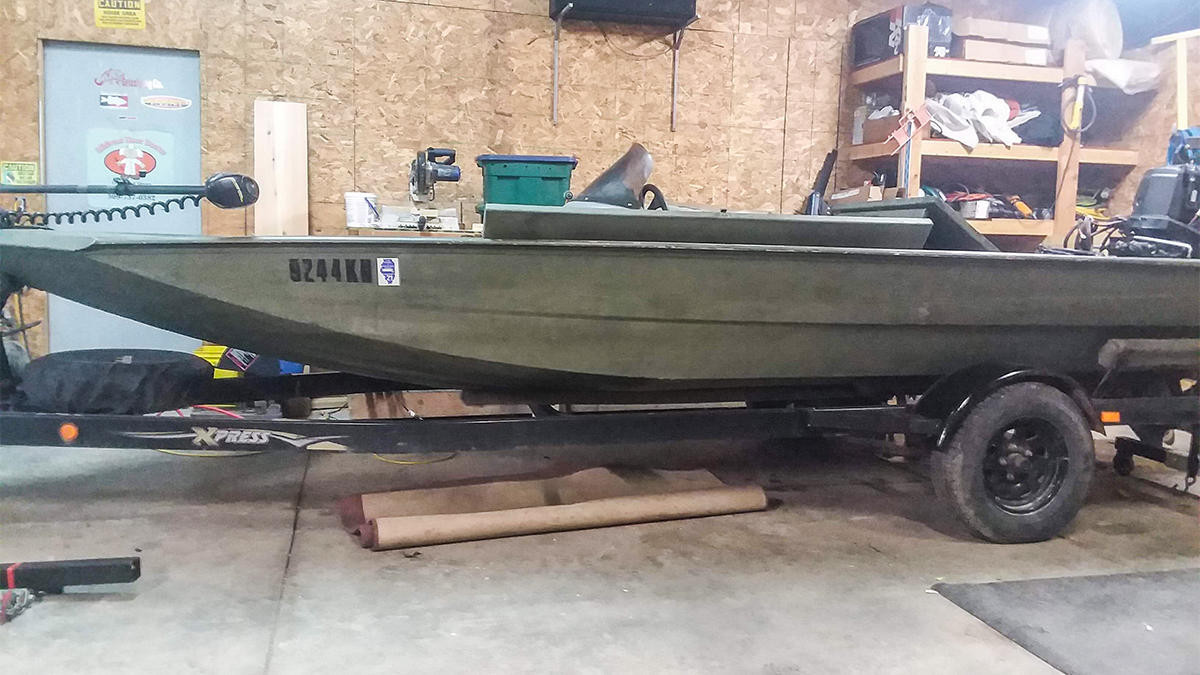 A close look at the new paint job 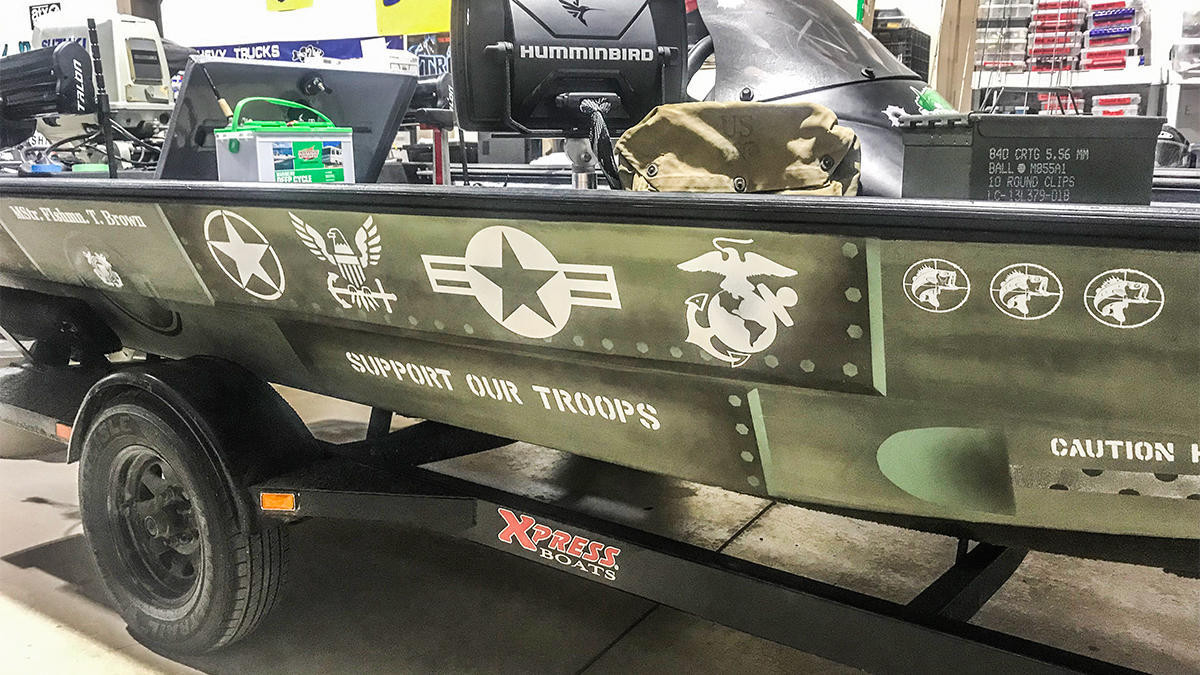 Spruced up the old trailer with some camo 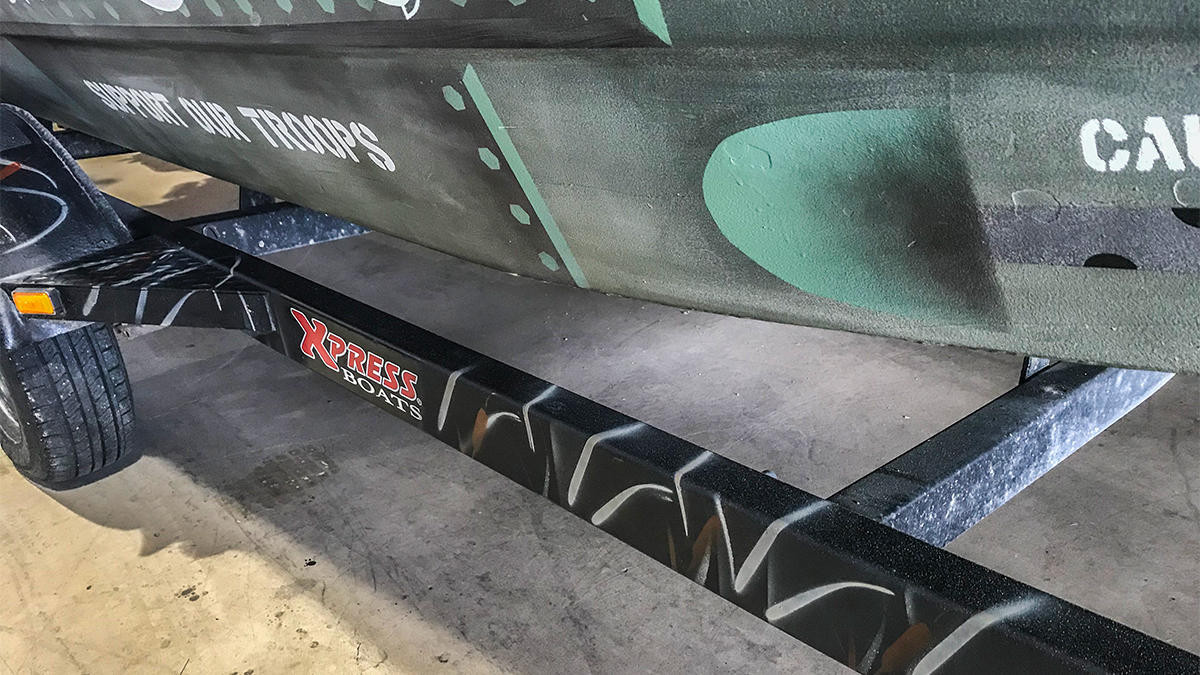 Converted an old ammo box into a front deck step 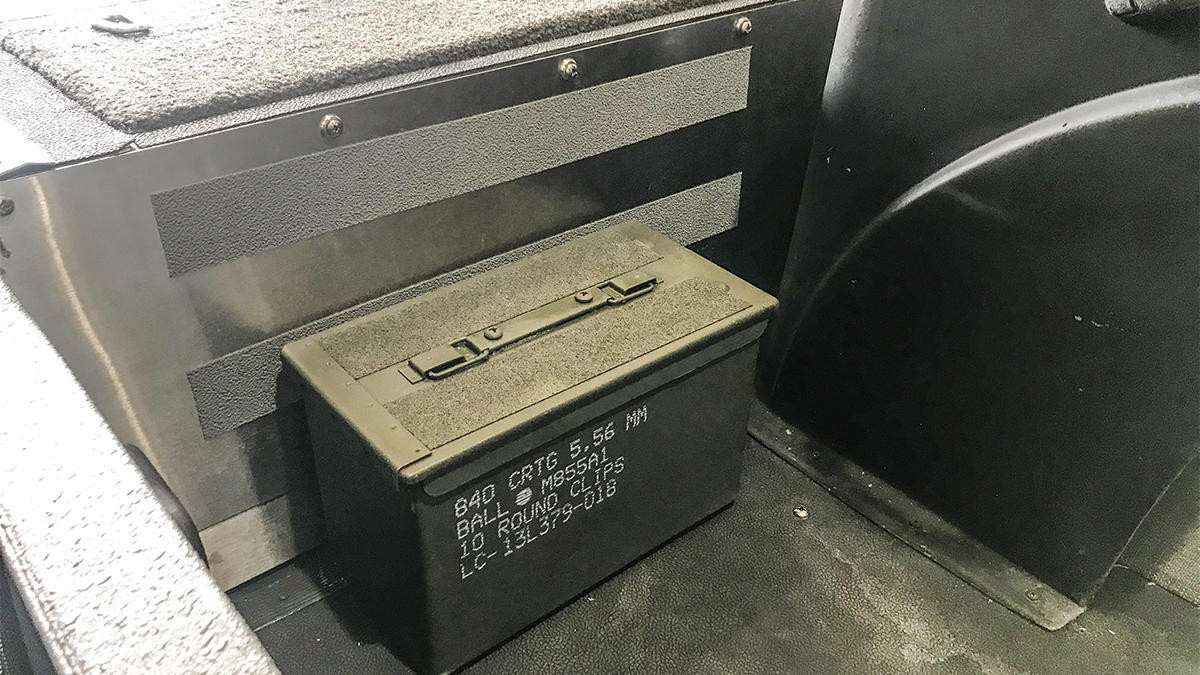 Upgraded to a Minn Kota Ultrex 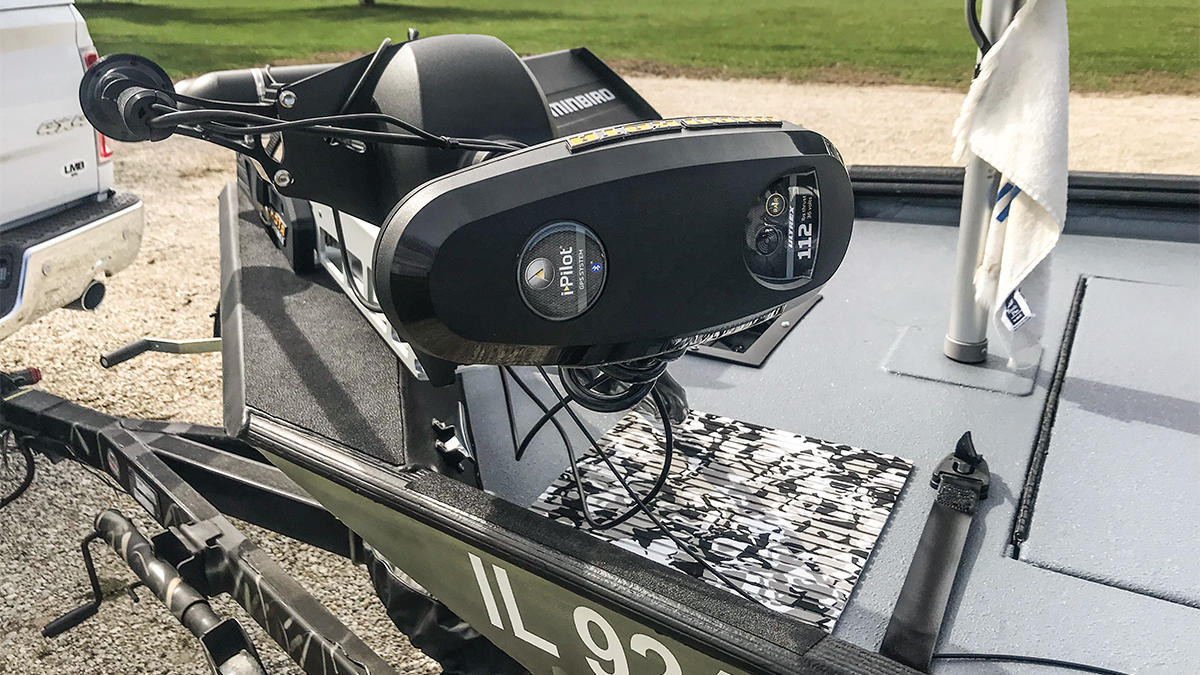 Humminbird units at console and bow 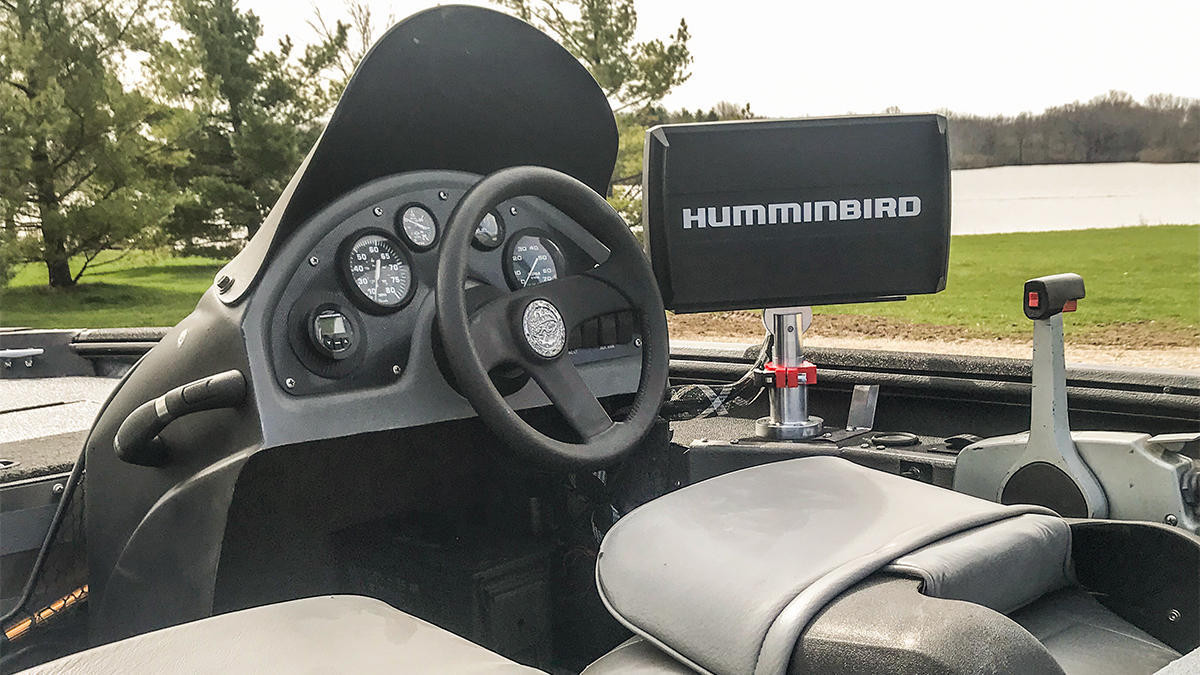 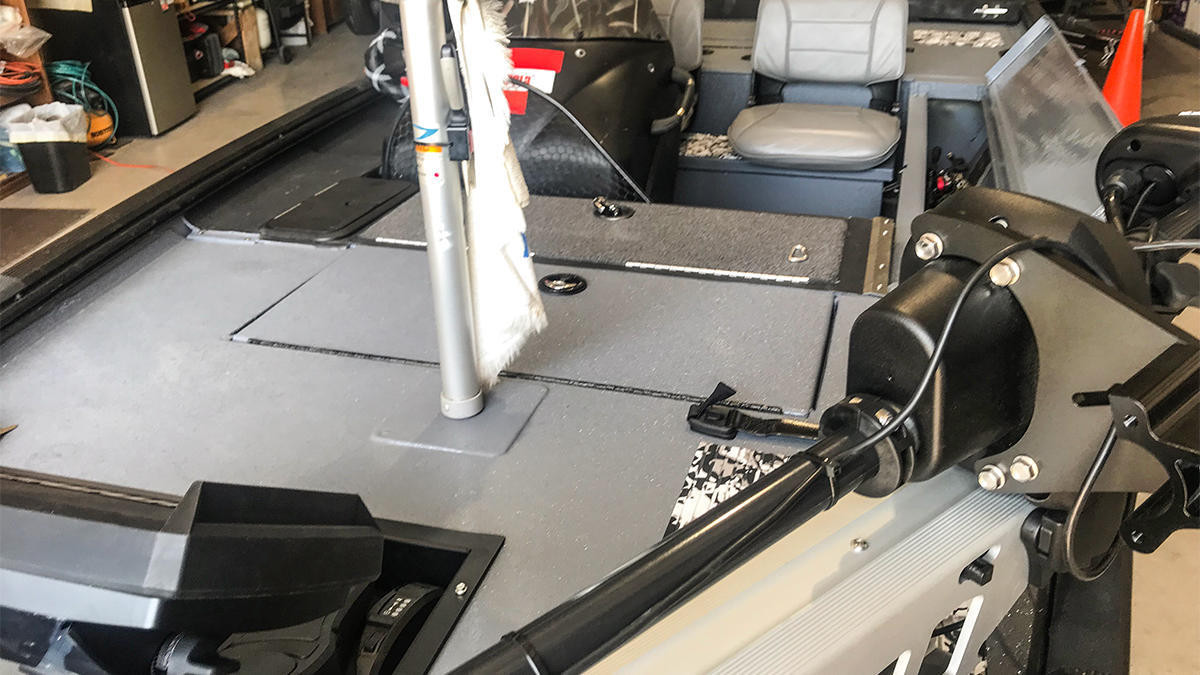 An old outboard, but we got it running like new 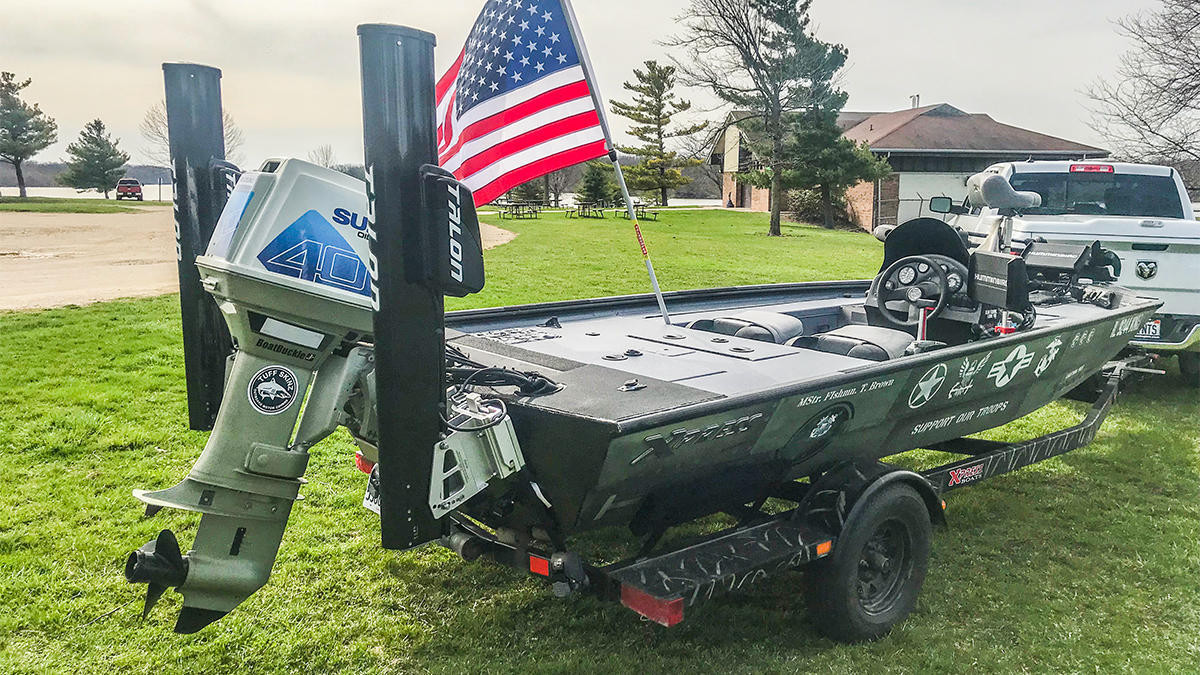 God bless those who defend our freedoms. We thank you! 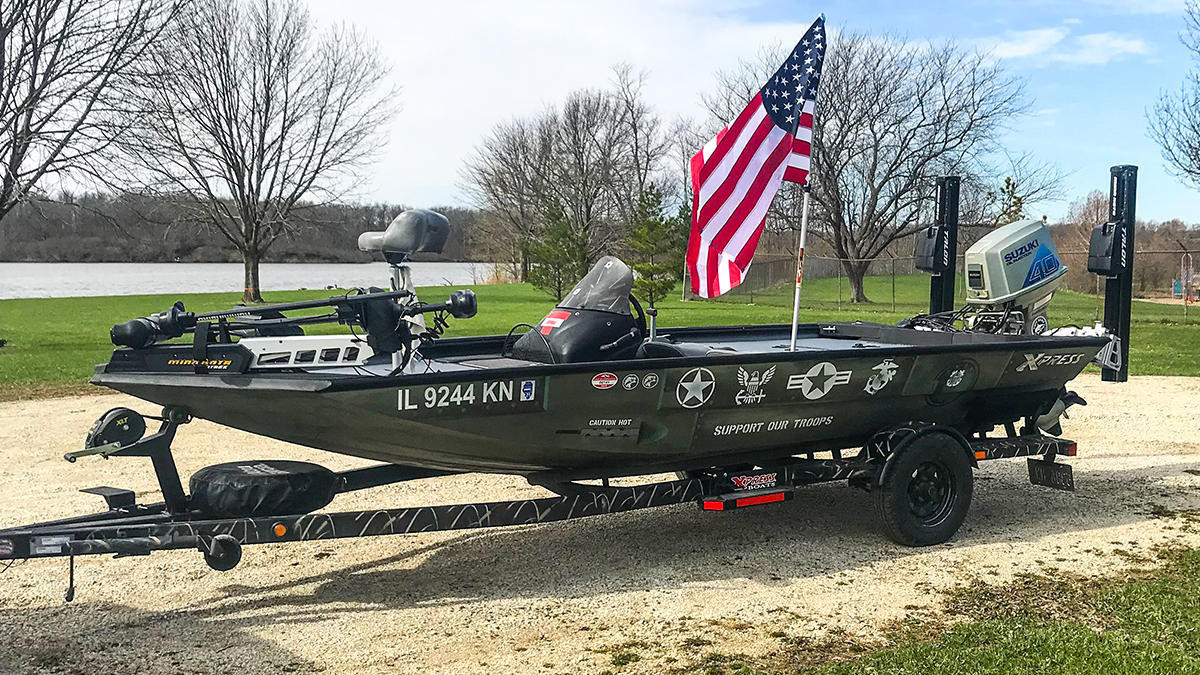