When I was in my early 20s, I was fishing a tournament with a buddy of mine. We were catching the fire out of ’em that day and by lunchtime, we probably had about 18 pounds in the livewell. We pulled up to a spawning flat that seemed to be littered with 3-pounders. If you fish tournaments, you can imagine the culling madness that began to happen. Every hookset meant culling by ounces and it got a little hectic there for an hour or two.

As my buddy was culling, he opened the livewell and left it open. He didn’t crack it open, grab a fish and immediately shut it back. He left that sucker wide open. Before I knew it, two keeper bass jumped completely out of my port-side livewell and back into the lake. Needless to say, I could have strangled him.

I hadn’t thought about that mishap in several years until I logged into Facebook last week. I saw a video that was getting a bunch of engagement and upon further inspection, it was our friend and professional angler Bill McDonald fishing the MLF Pro Circuit tournament on Florida’s Lake Okeechobee. He was having an outstanding tournament and while culling, he opened his livewell and two keeper bass jumped straight back into the lake. It made my stomach sink for him.

He ended up finishing strong and he had a great tournament. After the event ended, I gave him a call and asked him about the incident. It turns out that he came up with an outstanding idea to help avoid that type of rare mishap.

Is it pretty? Not really.

Does it work? Absolutely, it does.

Let’s take a look at this livewell tweak that could potentially save tournament anglers thousands of dollars. 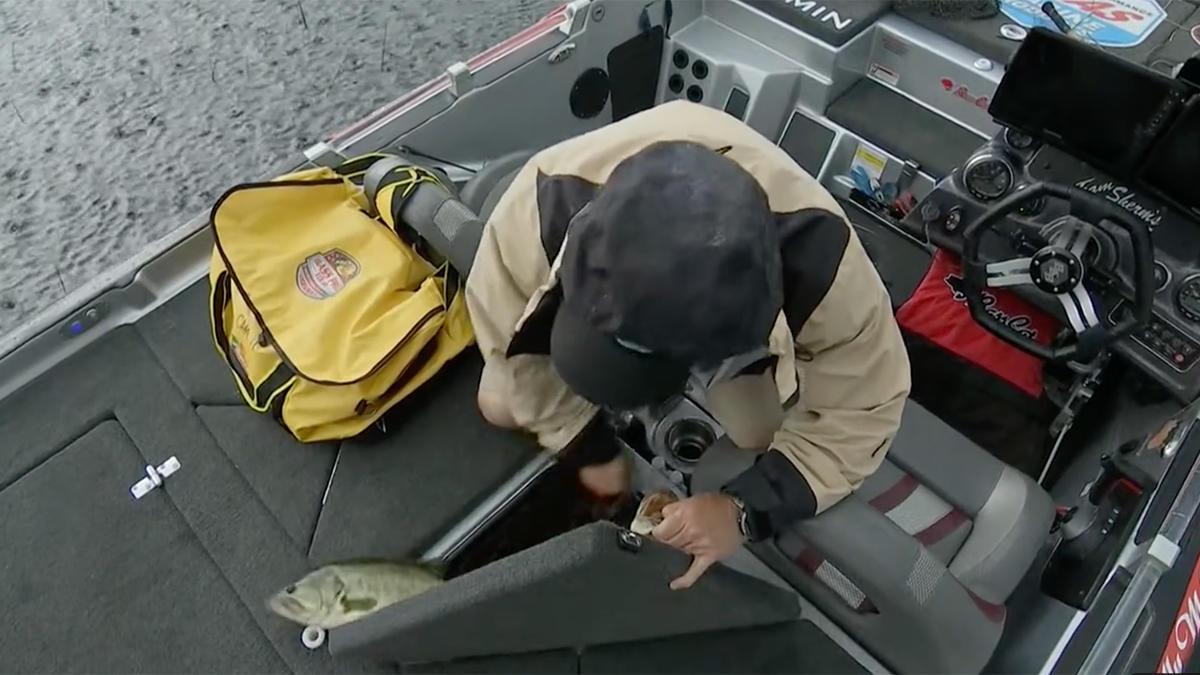 Livewell technology has never been better in bass boats; boat manufacturers seem to improve fish care options each and every year. McDonald runs a Bass Cat and having done photoshoots in these boats before, I can personally attest to how massive the livewells are. The fish have plenty of room to swim around and be comfortable. With fish care being so important to boat manufacturers, oversized livewells are becoming the norm these days, regardless of your preferred brand.

This increased capacity, however, also gives the bass a lot of momentum if they decide to jump out of the livewell. They can load up and almost jump straight from the bottom of the livewell into the lake. This makes culling a little more dangerous than it used to be. If you take your eyes off the fish for just a second or two, they can pick up a head of steam and jump out in the blink of an eye.

Thankfully, when this happened to McDonald a few weeks ago at Okeechobee, he was able to catch a few more fish to replace the ones that jumped out. According to him, it didn’t really hurt his final weight. But as he continued fishing, his wheels started turning and he quickly came up with a plan that will all but ensure something similar never happens again. 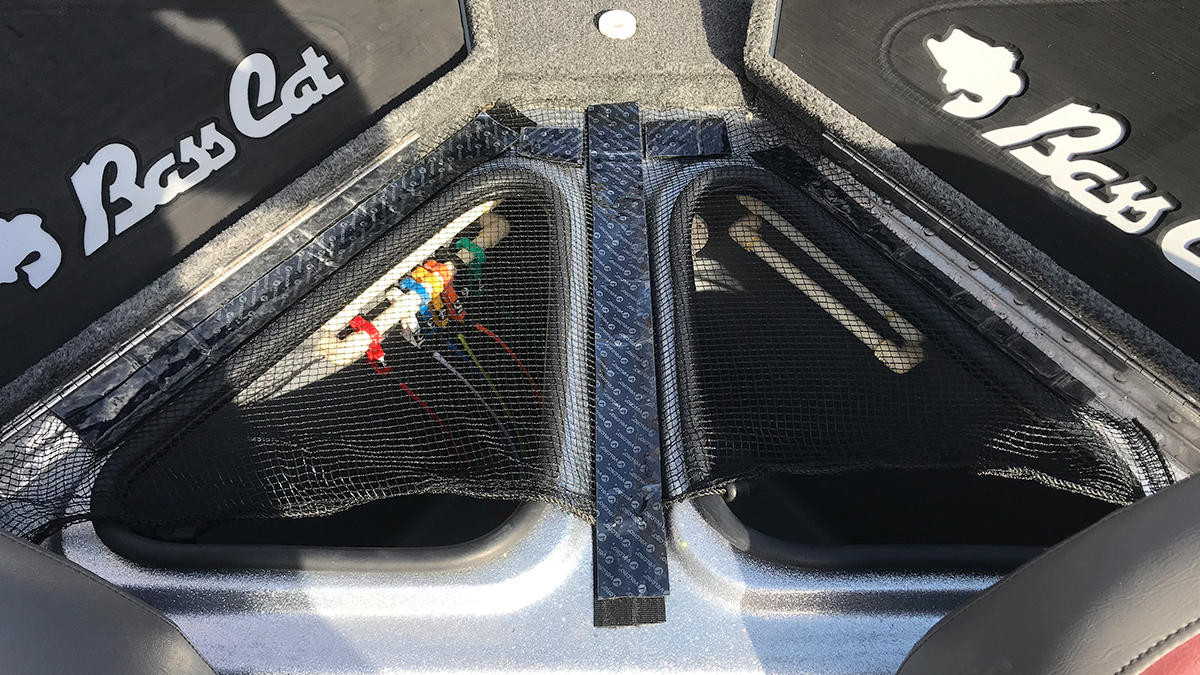 That night, McDonald ordered a seine net online that folks use to trap fish in creeks, rivers and oceans. He paid about $10 to $15 for the net material. He also bought some industrial-strength Velcro which also cost him about $15. So let’s call it roughly $30 for all of the materials.

He then trimmed the seine net to fit his livewell openings. The netting doesn’t cover the entire openings, however. McDonald left enough room towards the front-facing side of the livewell so he can fit fish, and his hands, in and out of the livewell.

“I need to leave a little opening so I can cull easily throughout a tournament day,” McDonald said. “So I decided if I positioned the opening towards the front of the boat, if a bass somehow still manages to jump out, it will have to jump towards the floor and seat area of the boat, which will give me a much better opportunity to grab ’em. I just don’t want them jumping towards the back deck. That’s when things can get a little hairy.”

To secure the seine netting, McDonald sandwiched the material between two strips of industrial-strength Velcro. This provides a solid connection to the boat without having to drill any holes into the fiberglass.

A small investment that can pay off in a big way

Honestly, I had never thought about this until McDonald shared the idea with me. It was definitely one of those “Why didn’t I think of that?”-type moments for me. It seems so simple but for whatever reason, I have never heard of anyone doing it before.

“The chances of a bass jumping out of your livewell and back into the lake are incredibly small, to be honest,” McDonald said. “But it’s kind of like not wearing your seatbelt. It only takes one time for something bad to happen. In the world of tournament fishing, a bass jumping out of your livewell can mean tens, if not hundreds of thousands of dollars. Imagine if that one fish costs you the Angler of the Year title or the championship? Those are career-defining moments and I’m more than willing to spend $30 to make sure that doesn’t happen to me.”

While it’s a simple tweak that may not necessarily blow your mind, I think McDonald came up with an outstanding idea that provides great insurance for the tournament anglers out there. I appreciate him being so open to the idea of me sharing it with everyone. I’ve ordered the netting material for my livewells. Have you?