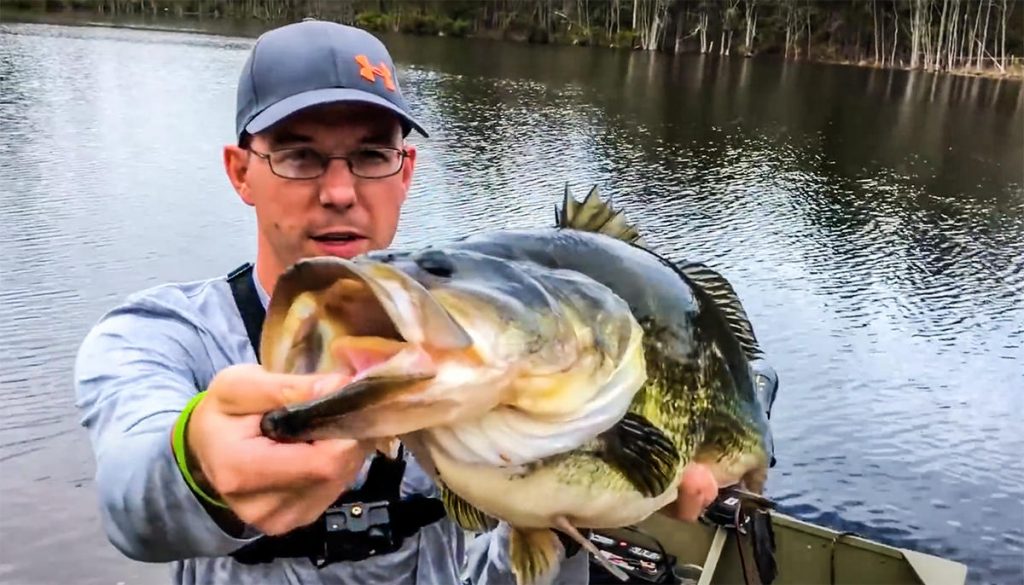 I don’t know about any of you, but I’m hitting a serious slump in my fishing. It’s the heat of the summer and the fishing is downright tough for me and all of my other fishing buddies. When this happens, I have to find other ways to scratch the itch. In this case, it’s endlessly scrolling through fishing videos on YouTube and watching other people catch giants. I guess I’m a glutton for punishment!

I ran across this video earlier this week and wanted to post it for everyone else to enjoy. Palmetto Backlands TV on YouTube posted this video a while ago but somehow I’ve missed it until now. While fishing a Strike King KVD Caffeine Shad, the angler hooks into the bass of a lifetime while his cameras were rolling. I thought it was pretty cool how well this video shows the power of a double-digit bass because in all honesty, it’s hard to understand it until you’ve experienced it. This big female bulldogs him all around his Jon boat and it had me a little nervous for him at first. But the angler did a great job fighting her and eventually ends up lipping her over the side of the boat.

I think it’s also worth mentioning how well he handled this big fish. We’ve done studies and written at length about the safe handling of big bass and this guy did pretty much everything right. He also gently released the fish so she can “be a state record” as the angler says.

Enjoy this video and maybe it’ll give you some motivation to get on the water this weekend!