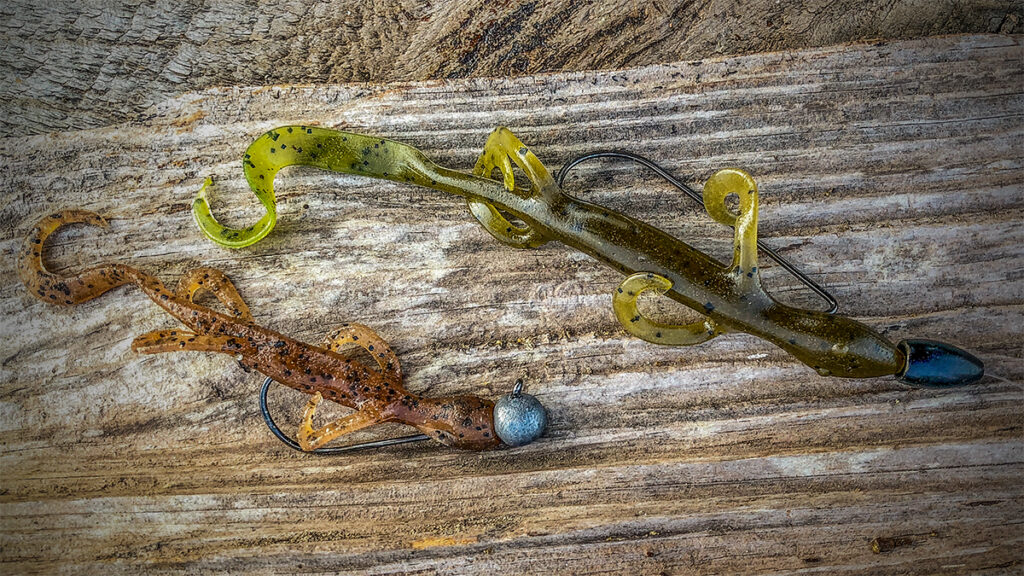 I want you to think of an old-school bait that’s extremely effective but rarely gets talked about or fished with anymore and I’m going to try to guess the bait you’re thinking.

For many of you, I’m willing to bet you thought of a soft-plastic lizard.

It amazes me how often I myself forget all about a lizard. I rarely fish with one anymore but it has proven itself time and time again to be one of the most effective soft-plastic baits ever made. A lizard is a very natural-looking bait with a good bit of action that still remains subtle at the same time. Its four tiny legs flap along feverishly while a ribbon-tail softly waves along at the rear, creating a great combination of eye-catching action from the legs accompanied by a tail that can casually talk almost any bass into biting.

So why do so few anglers fish with a lizard these days? In my opinion, it’s because of the same reason kids buy “Yeezys” or whatever they’re called when a pair of New Balances would do just fine.

A lizard isn’t flashy and we live in an age where flash is everything. There have been hundreds of creature baits created since the first lizard fell out of the mold and, while some are fantastic, many of these baits created to reinvent the wheel have fallen far short of the productivity of a good old lizard.

But instead of returning to the gold standard, we just move on to the newest creature bait and give it a try. Well today, we’re going to circle back and look at four ways to rig a lizard and see if we can’t breathe a little new life into an old bait. 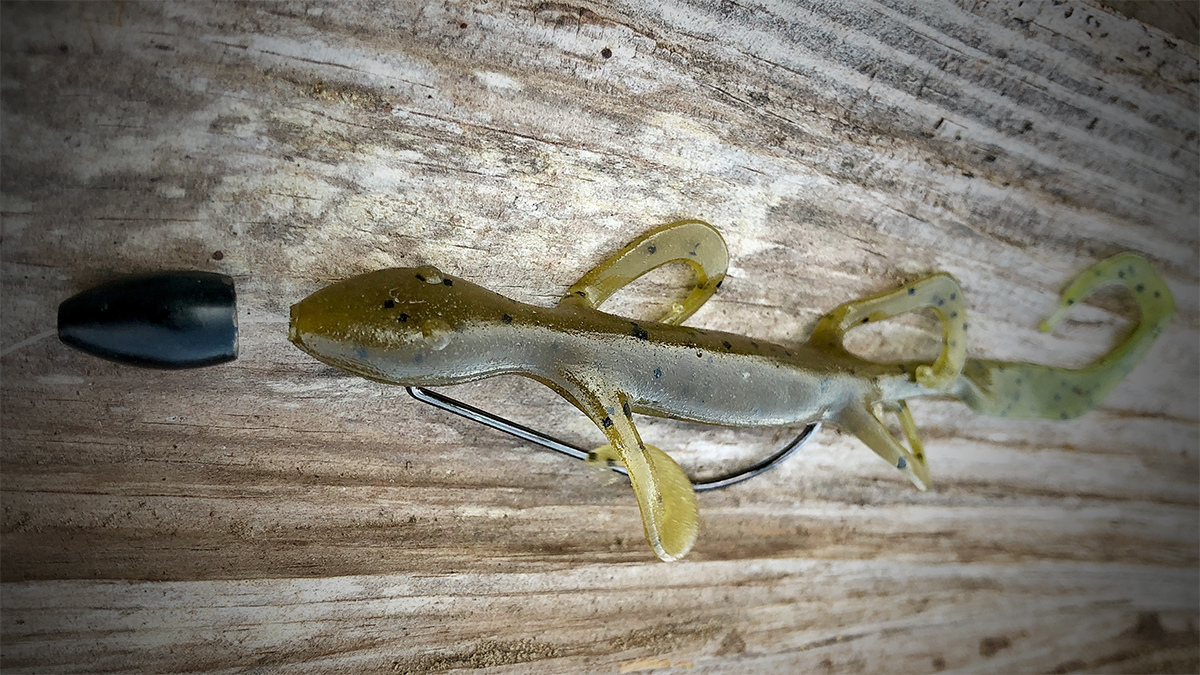 This is probably the most obvious way to fish with a lizard for most of us and for good reason; a Texas-rigged lizard is one of the most effective presentations you can deploy when looking for a bite. It’s great for any skill level anger too. When I first started fishing tournaments with my dad as a little kid, we’d rig me up a 6-inch Zoom Lizard on a Texas rig with a 1/2-ounce bullet weight and a 5/0 worm hook and I was good to go. I still remember winning big fish for us a few times on that setup in our weekly night tournaments when I was around 10 or 12 years old.

A buddy of mine, Neal Webster, also won the Angler of the Year race in our local club several times in large part thanks to a Texas-rigged lizard; a club that produced several Alabama Federation State Team members, two state champions (my dad in ’88 and ‘03) and former Elite Series and now MLF pro Greg Vinson. Some pretty strong competition fell to a good old Texas-rigged lizard time and time again. All this to say, it’s worth giving lizard on a Texas rig a shot if you haven’t already. It’s simple but effective. You can cast it, pitch it, flip it and drag it around wood, rock, grass and docks. It’s an extremely versatile lure for sure when rigged this way. 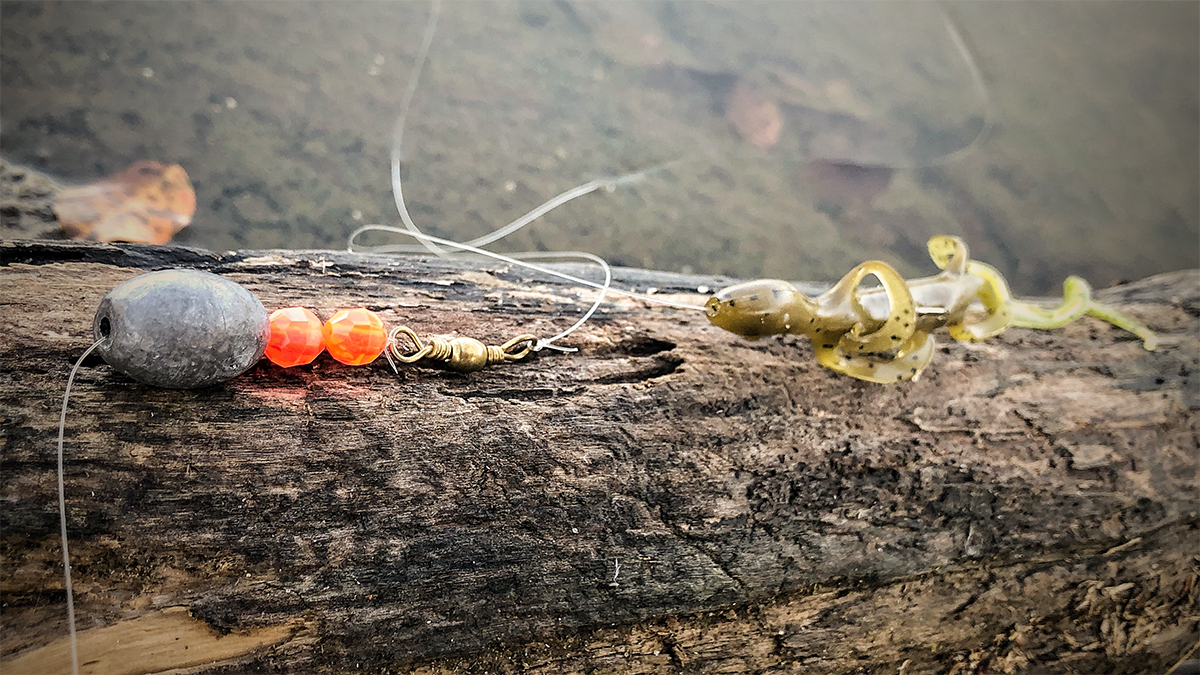 It makes sense that you don’t see a lizard fished on a Carolina rig all that much anymore because you don’t see a Carolina rig fished all that much, either. Personally, I don’t blame anyone for putting the old “ball and chain” down. It’s never been one of my favorite presentations. But I will say, anglers who are good with a C-rig often dominate when the conditions are right for it. And I venture to say with forward-facing sonar on the rage, you’ll see anglers circle back to a Carolina rig and those who are good with it will start to excel even more in the coming years.

Why? Because fish are becoming more and more finicky with anglers able to see them and cast to them from farther away. A Carolina rig levels the playing field a bit if you don’t have forward-facing sonar and helps you reach fish that are farther out where they are more apt to bite. The rig is pretty simple. You’ll need a bullet, egg or barrel weight, all will work pretty well depending on the cover. Run the weight up your main line, then slide a bead or two on before tying on a swivel. Then you’ll just need 3 feet or so of leader line and a hook to complete the rig. For the sake of this article, slide a lizard up on the hook and you’re good to go. 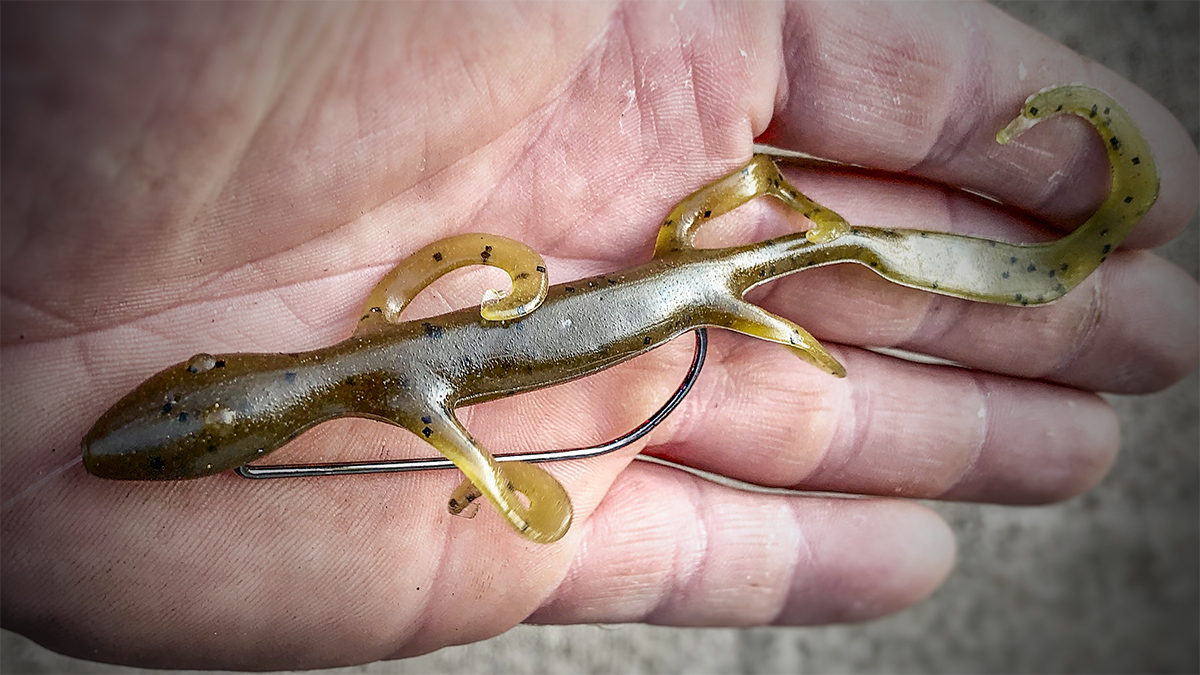 This one you may not have tried but it’s a really effective way to catch fish shallow, especially around the spawn. A lot of anglers will fish a floating worm or a soft jerkbait weightless; they’re both great baits for fishing around shallow fish. But you have to work those baits a lot, constantly twitching your rod tip.

Rigging a lizard weedless gives you a finesse bait with a nice dose of action and a little more meat to it. So you can throw it farther and simply reel it back to the boat. Again, it’s a great presentation for fishing around the spawn as bass cruise shallow flats looking for somewhere to fan a bed and lay their eggs. Spawning bass hate lizards in general, so they’re great to fish on a bed that time of the year as well and swimming one along weightless as a search bait just gives you one more way to use them that time of year.

Miniature lizard on a jighead 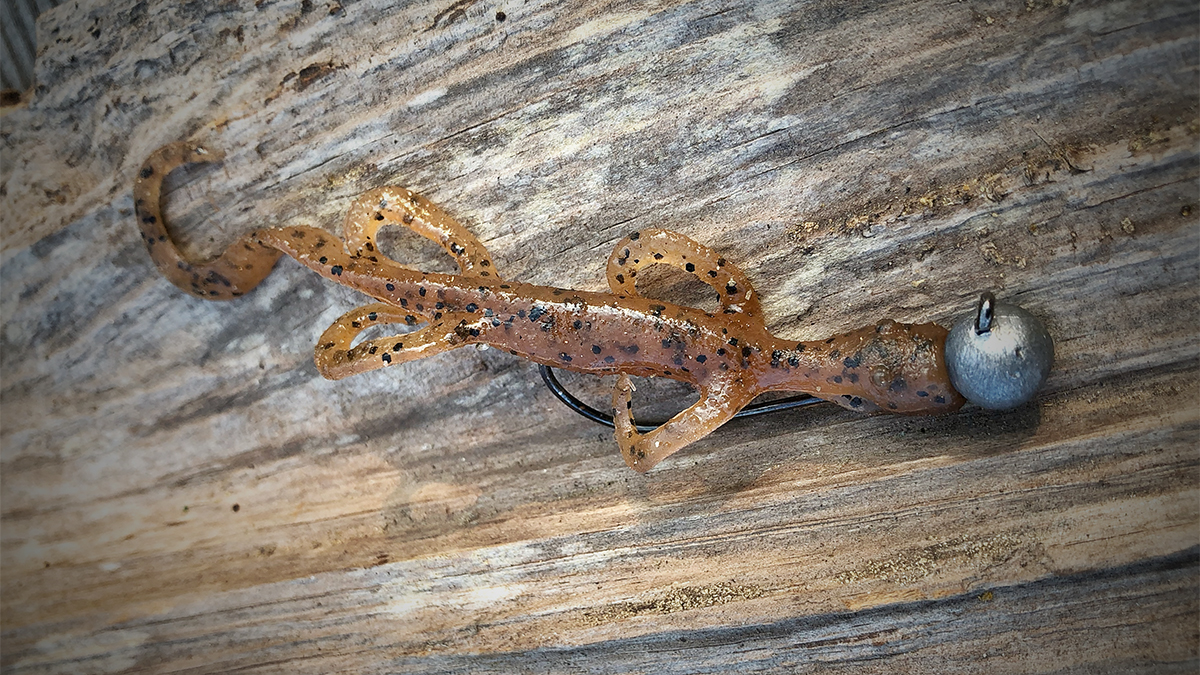 With these other three presentations so far, we’ve mainly been looking at a 6-inch lizard which is what most would consider to be a normal size. But you can catch a lot of fish on an undersized lizard as well. Rigging a 4-inch version of this bait on a shaky head or even a Ned rig gives you a great presentation to fish around gravel, chunk rock and boulders for spotted and smallmouth bass.

Rigged weedless on a shaky head, you can also fish a 4-inch lizard in and around brushpiles, laydowns and other wood cover. A lizard doesn’t likely resemble a lizard at all to a bass but more likely a salamander since they live in water. And most salamanders are a good bit smaller than a 6-inch soft-plastic lizard. So you could really say a 4-inch lizard is even more realistic wen it comes to matching the hatch than a bigger one. Both get bit but you’ll find you often get more bites with the smaller version.

Though a soft plastic lizard has been around for decades, it fell off the radar for most anglers years ago… but you shouldn’t sleep on this bait.

Try the more traditional ways of rigging one on a Texas or Carolina rig but don’t be afraid to venture outside the box either and rig one weightless. If you’re on a particularly tough bite or just want to catch a lot of fish, try downsizing to a 4-inch or even smaller lizard on a jighead. If you spend just a little time giving a lizard a chance, I believe you’ll find pretty quickly that it’s still a great bait for catching bass… flashy or not.