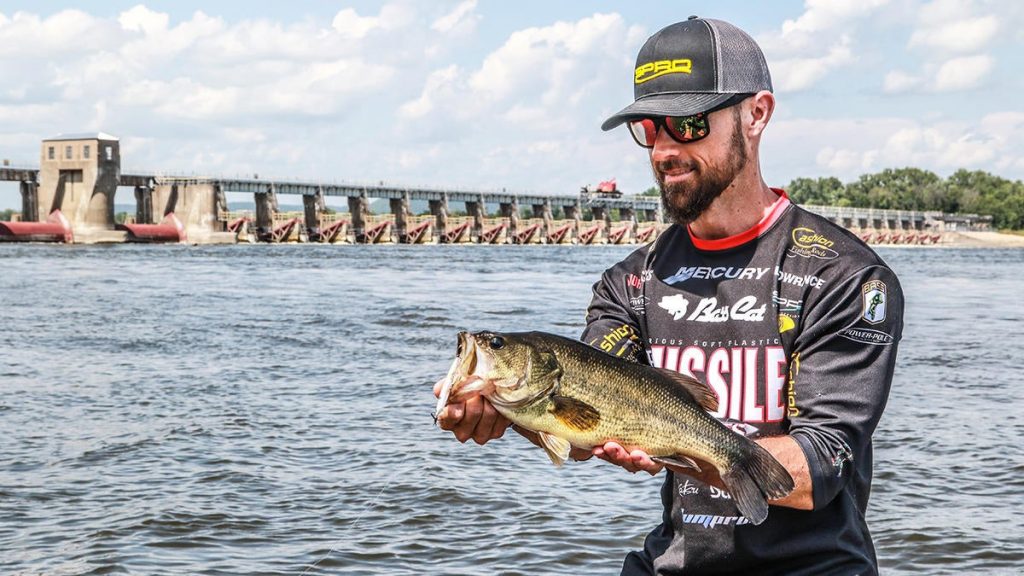 Professional angler John Crews is a straightforward kinda guy, but when targeting bass in deep, clear water, he knows how to put his own spin on the story. Puns aside, the design effort he put into SPRO’s New Spin John 80 comes from a personal affinity for this stealthy technique.

Generally referred to as “spybaiting,” this technique employs a slender lure with props on the nose tail to probe deep, clear water for fish that may be difficult to entice with most other hard baits. From open water scenarios, to deep points, to ledges, to tailraces; Crews has supreme confidence in this bait. 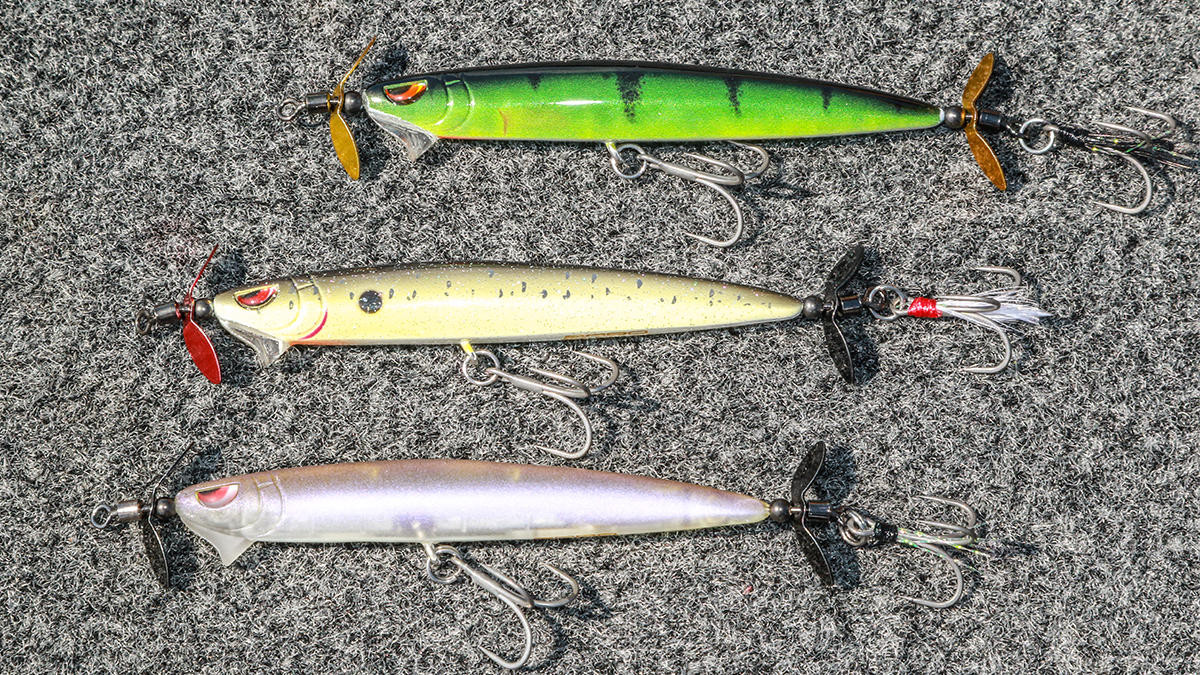 Prior to the SPRO Spin John‘s creation, Crews had been modifying spybaits from other brands, but soon realized that available designs were limiting his vision for the bait’s potential. Investing in the R&D process yielded a tool that does what Crews needs it to do.

“One of the first things you’ll notice is the cupped chin, which helps the bait with the rocking action as you’re retrieving it,” he said. “The whole thing that makes a fish eat a spybait is that slow rocking action and the chin accentuates that.”

The other key improvement Crews requested was a swivel on the Spin John’s nose and on the rear hook hanger. For one thing, this prevents the line tie and rear hook hanger from unscrewing during use; but the major benefit is that these swivels drastically reduce a fish’s leverage by eliminating rigidity.

“Also, the rear swivel extends the hook farther from the bait so you definitely get better hook ups,” Crews said. “I’ve seen a lot of smallmouth – and some largemouth – come up behind the bait and just eat the back hook.

“That’s why I put the accents on the back hook – some of them are black, some of them are white and some are just tinsel. If those fish come up and get that little Gamakatsu G-Finesse treble hook in their mouth, they’re done – you got ’em.”

“That really helps when you’re fishing current,” he said. “If your spybait doesn’t have enough weight to it when you’re trying to fish any kind of current, it will rise right to the surface, unless you’re fishing it in a couple feet of water.”

There’s certainly some enticement benefit to the vibration of the bait’s counter rotating props, but Crews said they serve a key purpose – speed reduction.

“The only reason the blades are there is to slow the bait down so it rocks more,” he said. “The bait will rock without he blades, but what the blades contribute is to (decrease the speed) as you pull it through the water.” 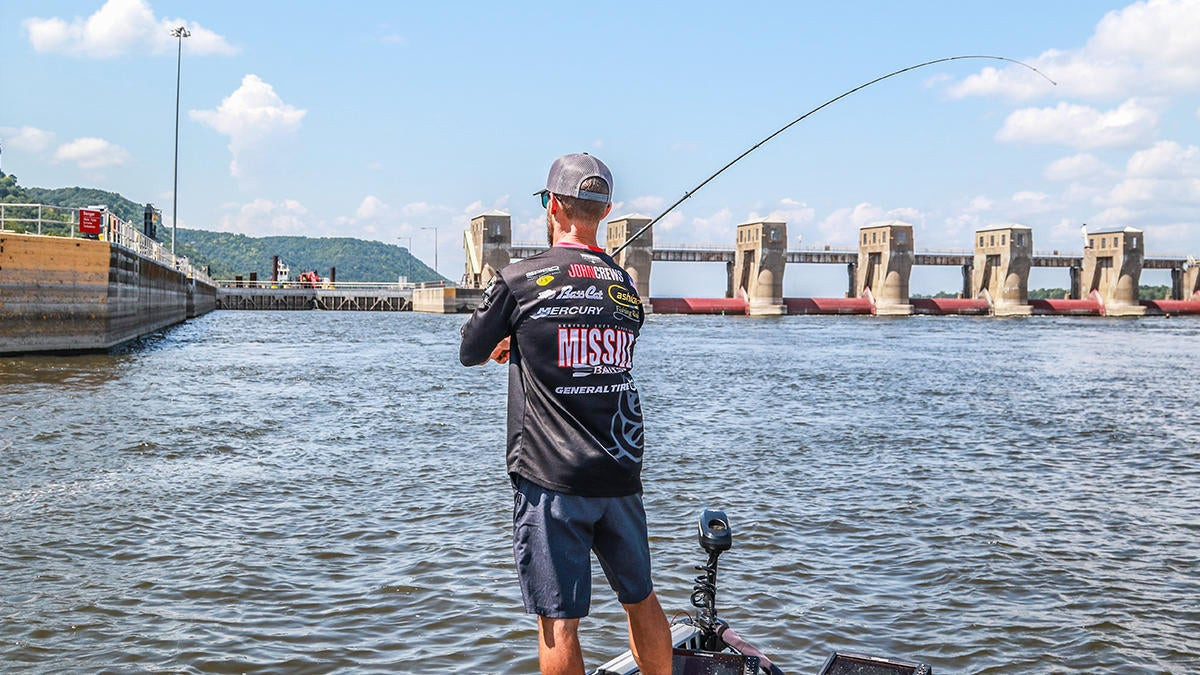 While Crews says he has caught fish in stained water with visibility of 2-3 feet; but the majority of his spybaiting is in that deep, clear stuff.

“I’d say 5-40 feet is where you’re going to fish this bait,” he said. “How long you let it sink will dictate the depth at which you’ll be fishing it. If you throw a spybait out and start reeling immediately, it’s going to pendulum down to 5-10 feet, depending on how slowly you reel it. If you let it sink a little, it might come back at 10-20 feet.

“You can also throw a Spin John 80 and let it sink all the way to the bottom and that bait is rocking in a horizontal fashion all the way down. So you get a lot of bites on the initial fall and anytime you just stop reeling the bait and let it fall a few feet.”

Noting that the spybait technique has produce bites year-round, Crews points to summer and fall as prime time. That being said, he recommends and open-minded approach, as he believes this to be a rapidly developing technique with a broad horizon.

“This is one of the best baits to catch them on when fish are schooling,” Crews said. 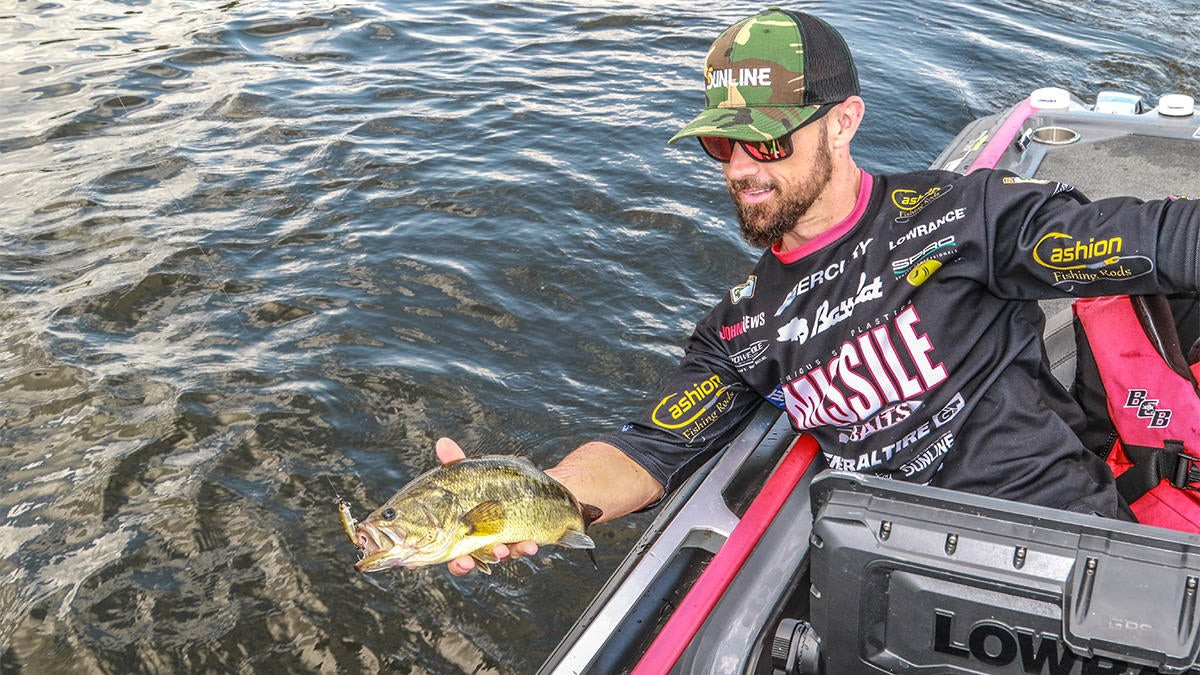 Crews fishes his Spin John 80 on a 7 1/2-foot Cashion Spinning Rod with a Daiwa Tatula LT 3000 reel. He’s experimented on the lengths, but he’s found that longer is better.

“I like a medium action rod,” Crews said. “You don’t want it to be too heavy because this is a light line deal. I use a 20-foot leader of 6-pound Sunline FC Sniper fluorocarbon and use an FG knot to connect that to 12-pound Sunline Siglon PEx8 braided main line.

“That’s a thinner diameter, supple braid and that seems to work really well with a spybait. You don’t have a lot of shock in the line and can really zing that bait out a mile.”

Crews retrieves his Spin John 80 with his rod tip pointed at the bait. When a fish bites, he reels until he feels the weight and then uses a sweeping hook set to close the deal.

“You’re not ‘setting’ the hook, but you want to apply maximum pressure so when they shake their head, they’re going to get hooked,” he said. “They can jump all they want to, but you got ’em pegged.”