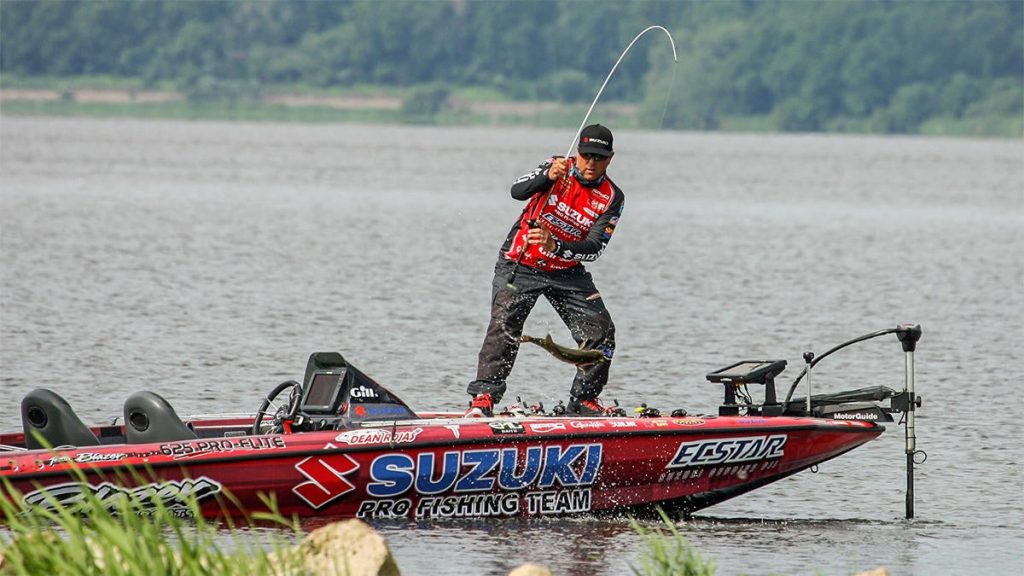 Dean Rojas remembers 2000 as the year he became utterly smitten. Spoiler alert: Since Rojas has been happily married to his lovely wife Renee since 1996, we ain’t trying to stir up trouble — we’re talking about the topwater frog’s enchanting allure.

Floating frogs certainly were not a new item, of course, but this was the dawning of a new age. For Rojas, discovering the strategic complexities of a general technique existing for decades spawned an intimate relationship that would yield one of the bass industry’s most impactful lure designs.

“I kind of fell in love with it because the way I fish a frog is such a different technique,” Rojas said. “It’s not your traditional frogging where you just throw it over a mat or in and around matted vegetation; the way I do is more target-oriented. I’m skipping it and throwing it into places you’d normally never throw a bait.

“It was intriguing to have a new technique and then apply it to all the different lakes in the country. Fishing on tour, I was going all over the country and at the time, it was like an open book; I could go wherever I wanted and see if I could catch them on the frog.”

The more he threw a topwater frog, the more Rojas realized the incredibly broadened spectrum of viable frog targets. He also realized that he wanted particular details in the frog he threw.

Rojas’ frogging fascination yielded the SPRO Bronzeye 65 frog — a benchmark creation celebrating its 15th anniversary this summer. Designed with an easy walking form, a narrow profile ideal for sneaking into and out of heavy cover and a Gamakatsu 2X-strong EWG Double Frog Hook, the Bronzeye’s body material does a good job of getting out of the way.

“I designed it so the body would collapse to dispel the myth that frogging is a low percentage hook-up ratio,” Rojas said. “I wanted a bait that would look good on the shelf, but would perform at the highest level on the tour and for the most novice angler who was fishing a farm pond.”

Right tool for the job 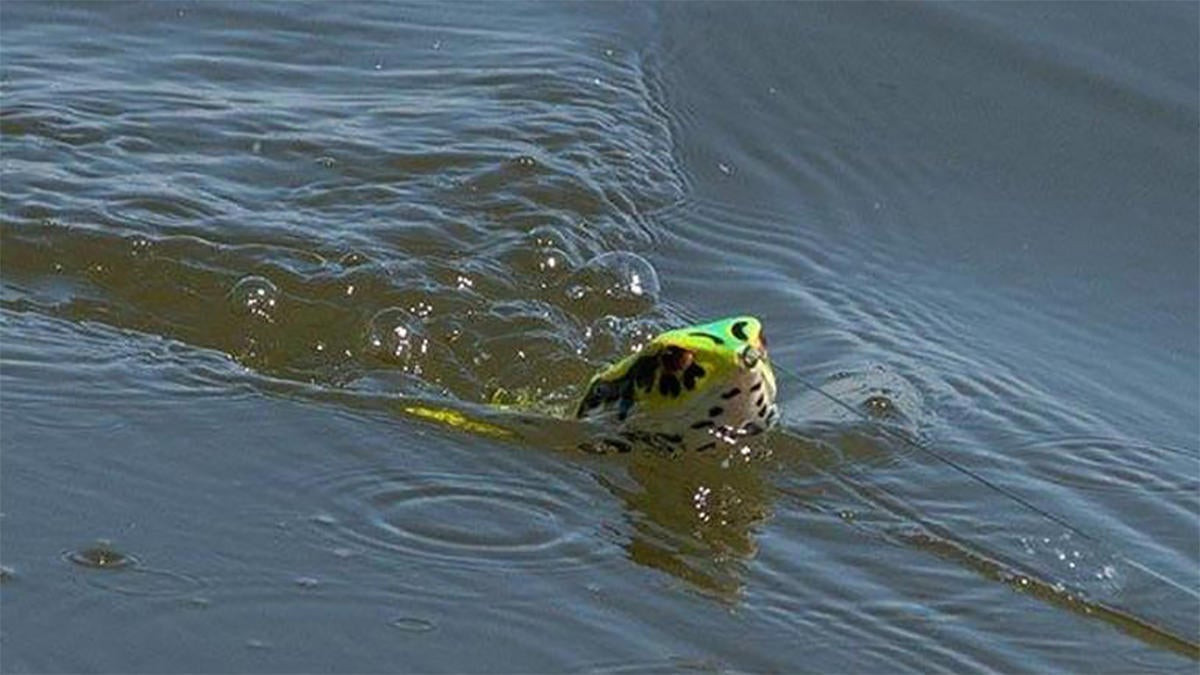 “The legs are perpendicular to the bait, so they sit upright, as opposed to outward, which allows the bait to walk really well,” Rojas said. “You can throw the bait into pockets and walk it back and forth without moving it forward. You can keep it in the strike zone longer.”

The SPRO Bronzeye King Daddy – the behemoth 3 1/2-inch bait with a 6/0 frog hook – gets fewer reps in his game plan, but Rojas said it plays a situational role.

“The bait weighs almost an ounce and it sits high in water so it’s very visible,” he said. “On Lake Havasu, we fish a lot of jackpot tournaments; 3- or 4-hour deals. I can throw the original Bronzeye and catch a lot of fish, but I opt to throw the King Daddy because you need big ones in a jackpot tournament and it gets the big bites.

“All you need is three, so if both of you are throwing it, you’re going to get three good bites at some point that night. On tour, it’s a little different scenario, I feel like the Bronzeye 65 is my better choice because I’m going to get more bites on it.” 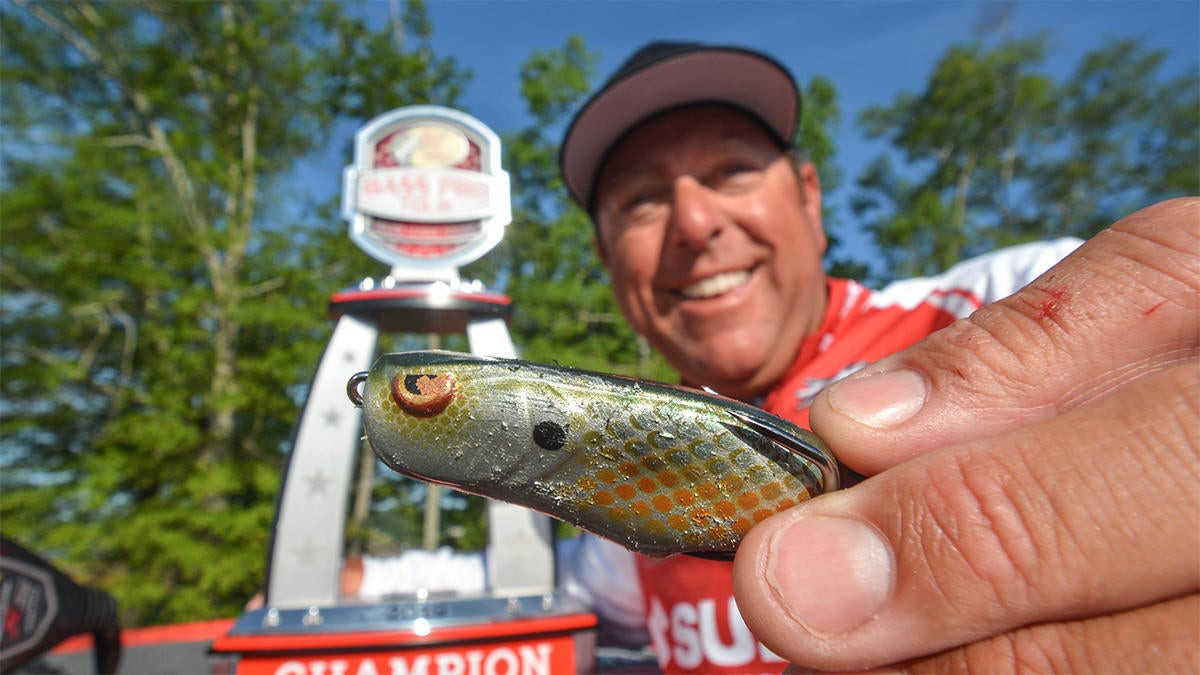 Just asking Rojas to come up with examples of when frogging proved beneficial fosters an exasperated chuckle. All in good tenor, of course; but it’s like asking Bobby Flay to give you a few examples of when he created a spectacularly creative dish – I mean, where to begin, right?

Well, Rojas was very forthcoming with practical examples, as well as tips for a better frogging mindset.

2. Bassmaster Legends Major, Lake Dardenelle (2007): Frogging had given Rojas the lead going into the final day; and while, he appreciated the overwhelming interest in what was still a fairly edgy technique, too many trolling motors took a toll on his shallow water prospects and he settled for fourth.

“That was one of the most painful losses I’ve ever experienced,” Rojas admits. “I just got overrun by spectator boats. At that time, people were so excited about the frog that they all wanted to watch.

“I also learned that this technique is very difficult to do for a prolonged period of time. There were a few losses where I left a part of me at the lake and Dardanelle was one of them.”

3. Bassmaster Elite, Lake Oneida (2009): Rojas scored his first win with a frog. Earning his bites by throwing the Bronzeye around grass, docks and any deep, dark place that looked promising; Rojas took home not only a trophy, but a game-changing lesson.

“It was about managing the fish,” he said. “We came out with this frog in 2005 and it took me four years to understand how I needed to fish it. I would just go and throw the frog all the time; I wouldn’t put it down. I made so many top-10s, but on the final day, I would run out of fish.

“When we went to Oneida, I managed them. There were areas that I never went to on Day 2 or Day 3. I would alternate; I would save them and save them until I needed them. I went in with a game plan and ended up winning because I stuck to that game plan.”

4. Bassmaster Elite, Smith Mountain Lake (2010): Rojas placed third, largely by skipping a Bronzeye 65 under overhanging trees. “I was skipping it 10-15 feet back, hitting the bank, getting a couple of twitches on it and they would just murder it.”

5. Bass Pro Tour Stage Five, Smith Lake (2019): Capitalizing on a shad spawn, Rojas worked his Bronzeye along the outside edge of a grass line and collected several key fish that propelled him to victory. 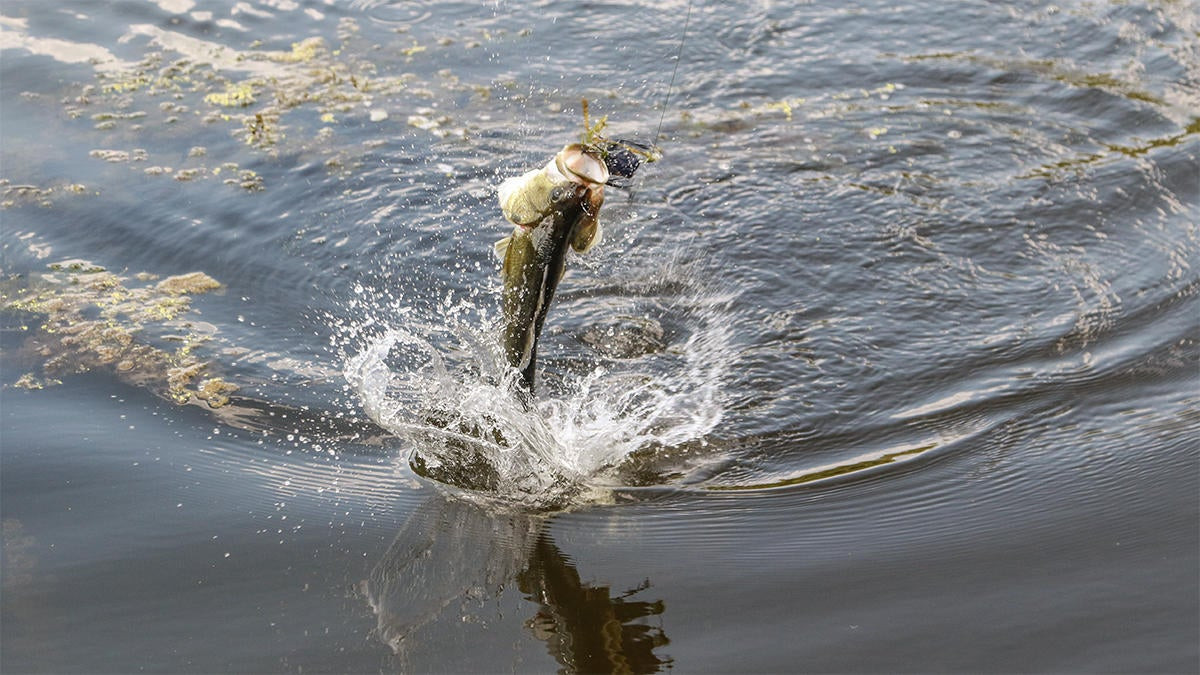 Tackle the task: “A lot of people want to throw a frog on monofilament or fluorocarbon, but your hook-up ratio will go down if you don’t use three things: Braided line, the right rod and a high-speed reel to gather line quickly and get the fish out of cover.”

No limits: “Don’t be afraid of throwing your frog into the gnarliest areas. If you see a dark little spot, work on trying to get it in there. Bass are aggressive predators that are always hiding in ambush, but nobody’s going to throw into those places because they’re afraid they’re going to get hung up. We designed the bait to not get hung up so you can just walk it right back out.”

Stay in the game: Rojas admits that his frogging career has delivered a mix of elation and deflation. From fry guarders that simply swat at a frog with no intention of eating it, to mat fish with more aggression than aim; this is not a game for the easily offended. But if Dean Rojas can deal with it, so can you.

“There have been so many big fish where I can remember just spectacular explosions; but a lot of times, they just miss the bait,” Rojas said. “There’s a lot of heartbreak; I lost a lot of tournaments because they missed it, or they stopped biting it.

“But that’s how I roll; I don’t mind taking the risk, because one of these times, I’m going to hit it and it’s going to be big. I’m willing to sacrifice a few losses to get there. You can’t lose all the time; you keep knocking on the door, it’s going to happen.”